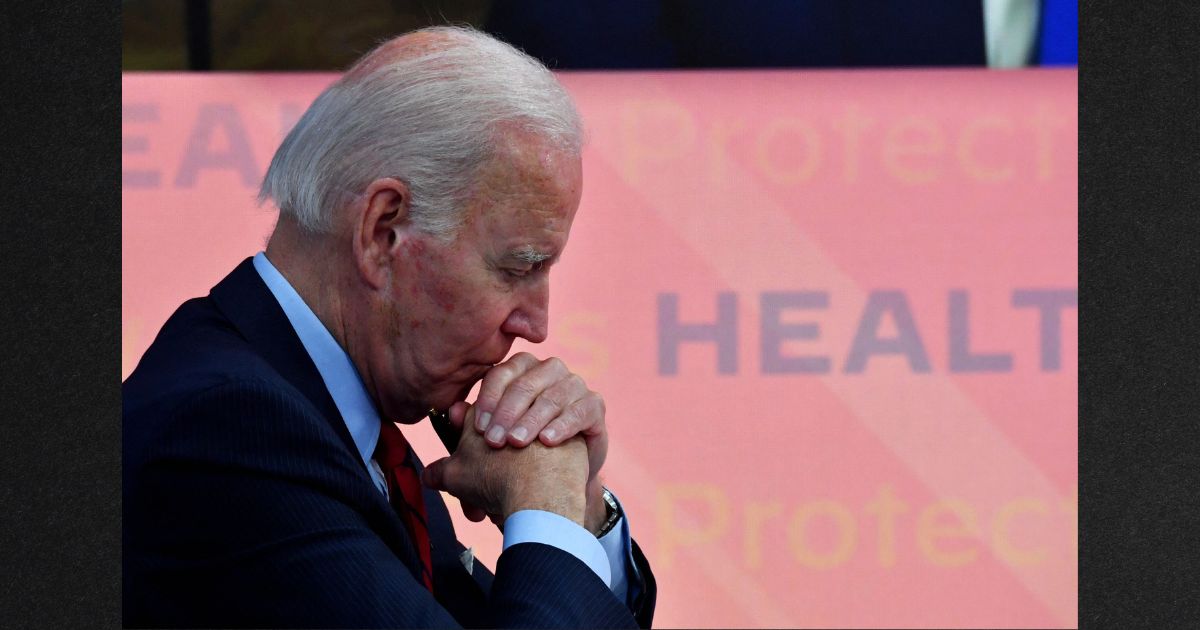 Jesus Christ said nearly two millennia ago, “out of the abundance of the heart his mouth speaks.”

Though Democrats have been careful to talk about abortion using terms like “women’s health care” or “fetus,” President Joe Biden let slip through what really is the issue at hand.

Speaking at Joint Base Andrews Friday, Biden said, “So the idea that we’re going to make a judgment that is going to say that no one can make the judgment to abort a child based on a decision by the Supreme Court I think goes way overboard.”

“Abort a child.” Now we’re finally getting to the truth of the matter.

We’ve been able to see for years, thanks to ultrasound technology, the baby forming in the mother’s womb.

According to the Cleveland Clinic, within the first weeks of pregnancy, the face, eyes and heart begin to develop.

Do you believe abortion ends the life of a child?

During the second month of the term, the brain, spinal cord and central nervous system form.

By nine weeks in, the unborn child has ears, arms, hands, fingers, feet and toes and is beginning to do things like open and close his or her fists and mouth.

So Biden’s right, you’ve got a baby.

“And I think it should be rare and safe. And I think we should be focusing on how to limit the number of abortions, and we ought to be able to have a common ground and consensus,” he added.

JOE BIDEN, 2006: “I do not view abortion as a choice and a right. I think it’s always a tragedy.”pic.twitter.com/R45umDefNu

In 2015, while serving as vice president, Biden stated, “Abortion is always wrong.”

The Hill reported that the politician said during that interview, though he was and is a practicing Catholic, and knows the church’s pro-life position, he’s still “pro-abortion rights.”

“I’m prepared to accept that at the moment of conception there’s human life and being, but I’m not prepared to say that to other God-fearing, non-God-fearing people that have a different view,” Biden said.

Like much of his party, Biden appears to have lurched further left since then. It would be surprising now if Biden were to speak about abortion being morally wrong.

On Thursday, the 46th president charged that the Supreme Court engaged in “outrageous behavior” by overruling Roe v. Wade, though the Constitution does not mention abortion.

In 1973, the justices made a federal “right” to an abortion out of whole cloth.

In a 6-3 ruling last week, the high court determined Roe was wrongly decided.

On Friday, Biden held a virtual meeting with Democratic governors seeking how they could guarantee access to abortions in light of the “tragic reversal of Roe v. Wade.”

So Biden has gone from viewing abortion as a tragedy to calling the reversal of Roe v. Wade a tragedy.

He then proceeded to set up straw men and knock them down, saying the Justice Department will step in if pro-life governors try to block women from traveling to other states to receive abortions.

Biden then renewed his call to end the filibuster, which he first floated Thursday, so Congress can potentially codify Roe at the federal level.

The president’s Friday remarks during his virtual meeting with governors were read carefully from a teleprompter, so there were no “abort a child” moments.

At Andrews, Biden had spoken truthfully and — based on some of his statements from previous years — what he believes at some heart level.

Science certainly validates the reality that what a woman carries in her womb is a baby.

It is a tragedy Biden will not allow what’s true to dictate the policy position he takes.