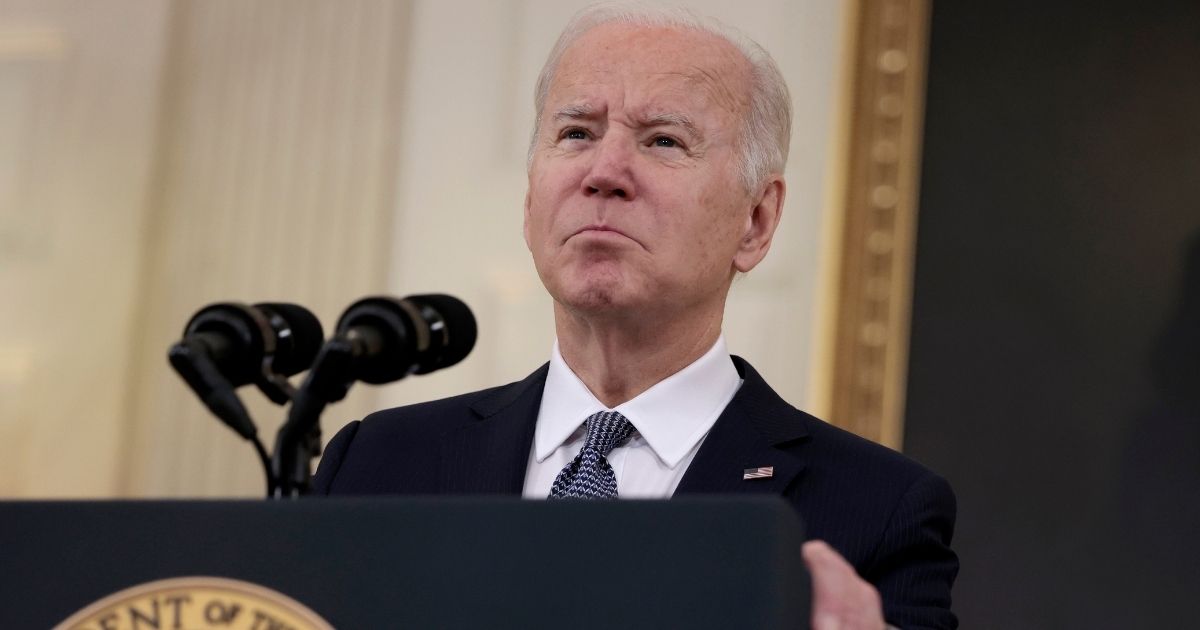 President Joe Biden has repeatedly expressed his admiration for Amtrak throughout his career. His frequent mentions of the transportation company have even earned him the nickname “Amtrak Joe.”

Biden has often told a debunked story about an Amtrak employee named Angelo Negri telling him how many miles he had traveled on Amtrak trains.

“Ang came up to me one day when I was … when they just had announced that I had flown 1 million … some ‘x’ number of miles on Air Force aircraft,” Biden said in an October retelling of the story.

“He said, ‘Let me tell you, we were at the retirement dinner … we added it up. You averaged … 121 days a year … you’ve traveled over 2 million miles, Joe. I don’t wanna hear any more about the Air Force.’”

WATCH: Joe Biden tells a debunked story about an Amtrak worker for the FOURTH time as president.

Biden says the conversation took place “7 years into” his vice presidency, which would be 2015.

The Amtrak worker retired in 1993 and passed away in 2014. pic.twitter.com/OlSjMzCLIw

As the RNC Research account pointed out in an October tweet, Biden’s story has multiple inaccuracies. According to Negri’s obituary, he retired from Amtrak in 1993 and died in 2014.

Despite the fact that Biden’s story is demonstrably false, it proves how important his relationship with Amtrak is to him.

Should Biden take this personally?

He will certainly be upset to learn, then, that his favorite company has gone against his recommendations and suspended its vaccine mandate.

According to Reuters, Amtrak Chief Executive Bill Flynn said in a memo the company would temporarily halt the mandate and institute a testing alternative for employees who do not wish to get vaccinated.

While Flynn said over 95 percent of Amtrak’s employees were vaccinated, the outliers were enough to cause concern.

Last week, the company told Congress it predicted “proactively needing to temporarily reduce some train frequencies across our network” due to the number of employees it would lose from the mandate, Reuters reported.

Under the new plan, the company does not expect to dial back its services. Flynn said a United States district court decision to halt Biden’s executive mandate “caused the company to reevaluate our policy.”

Fauci Uses Santa as Prop for Vaccine Promotion, Makes This Ridiculous Statement to the Media

He added that “uncertainty about the federal requirements that apply to Amtrak” contributed to the company’s decision.

While Amtrak still threatened to place employees who refused testing on unpaid leave, it is at least taking a step in the right direction by refusing to order workers to put foreign substances in their bodies.

In addition to making the correct ethical decision in halting the mandate, Amtrak provided a direct rebuke to Biden’s tyranny.

While it may or may not be personal, it will certainly feel that way to a president who has gone out of his way to support the railroad.