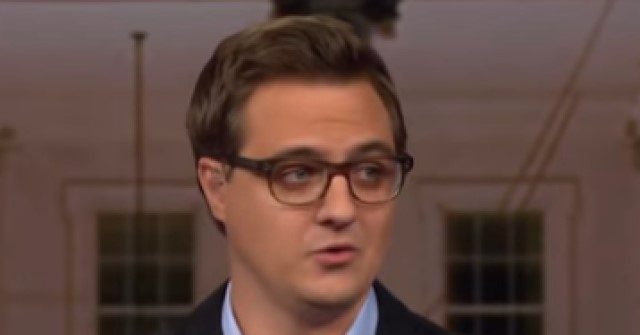 On Friday’s broadcast of MSNBC’s “All In,” host Chris Hayes responded to the criticism of President Joe Biden’s student loan cancellation plan that the plan forces people to pay for other people’s loans by stating that “No one is paying” off loans because the plan is “deficit-financed, like a lot of stuff we’ve done.”

Hayes played a clip of Rep. Marjorie Taylor Greene (R-GA) that the plan isn’t fair to taxpayers who didn’t take out loans or didn’t go to college to make them pay for student loans

Hayes responded, “Now, first of all, I just want to be clear here because I’ve seen this talking point a lot. No one is paying it off. No one’s taxes are going up. Marjorie Taylor Greene doesn’t have to pay for it. It’s deficit-financed, like a lot of stuff we’ve done. So, that’s just nonsense.”

He continued, “But that critique is also, of course, particularly rich coming from a woman who had her own government loans forgiven, something that was pointed out by lots of people on social media, including — kind of surprisingly — the official White House Twitter account. … In fact, the White House Twitter account made a thread of six Republican members of Congress, pointing out the hundreds of thousands, sometimes millions of dollar in Paycheck Protection Program loans, which were set up to help small businesses pay their employees during the pandemic, that those Republicans didn’t have to pay back.”