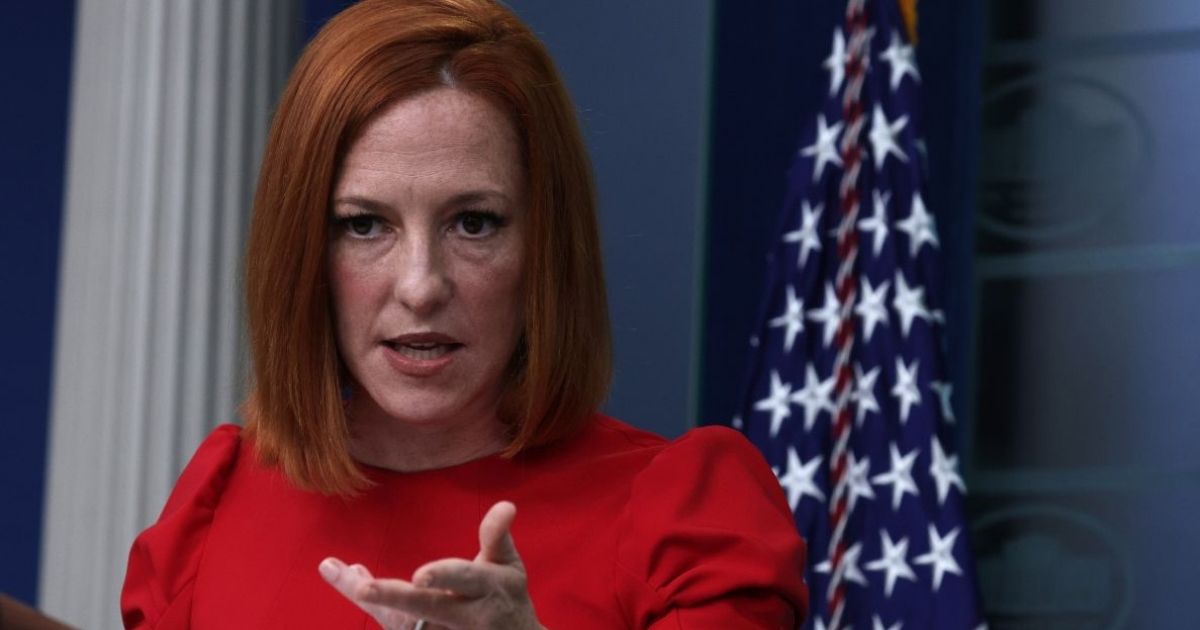 The name-calling started on Wednesday morning, when Joe Biden sent up a test balloon for a new way to attack conservatives, Republicans and Trump supporters by calling them “ultra MAGAs.”

It isn’t likely his new sobriquet will be echoed by many, but later in his address, he made an even worse attack on half of America’s voters by calling the MAGA movement the “most extremist political organization … in recent American history.”

“What are the next things that are going to be attacked?” Biden said, attacking the idea of eliminating Roe v. Wade. “Because this MAGA crowd is really the most extreme political organization that’s existed in American history — in recent American history,” Biden said.

Psaki Confirms: Biden Meant It When He Called Large Portion of Americans an ‘Extremist Group’

This is truly an outrageous — not to mention false — claim.

Later, during her White House press conference, Biden spokeswoman Jen Psaki essentially noted that Biden meant what he said. Psaki reiterated that Senator Rick Scott, the Republican from Florida, has offered an extreme economic plan, according to the White House transcript.

When asked directly about his attack on MAGA, Psaki did not back down, and added, “I think he — I answered this a little bit earlier, but I’m happy to reiterate. You know, he has been struck by the hold his predecessor seems to have on far too many members of the party.”

Do you think Biden’s statement reveals what Democrats really think of Americans?

“But he is still going to call out where he sees extremist actions and extremist rhetoric,” Psaki exclaimed.

This really is a disgusting calumny. RNC chairwoman Ronna McDaniel had it right when she tweeted in reply to Biden saying, “Outrageous! This is from a man who repeatedly praised segregationists. Biden promised to unite the country, but it’s been smears and lies instead.”

Outrageous! This is from a man who repeatedly praised segregationists.

Biden promised to unite the country, but it’s been smears and lies instead.https://t.co/Q8ZRJ3EwKI

Regardless of whether Biden is serious about his name-calling, it is certainly a serious accusation, one that is outrageously partisan and false. MAGA followers and Trump voters are in no way “extremists.” Indeed, they epitomize a century of conservative policy ideals of low taxes, small government, local control, Christian and family values and rugged individualism.

Further, the MAGA movement has been marked by peaceful protests since it inherited that mantle from the peaceful, non-violent Tea Party movement that preceded it. And that is even if one does blame MAGA for the Jan. 6 Capitol riot.

Contrast the MAGA movement with the two decades of protests spawned by the leftist Occupy Wall Street, Antifa, Defund the Police and Black Lives Matter movements — each of which have resulted in billions in property damage, an erosion of trust in both government and fellow citizens, rapes and even murders. If you want extremism and danger, those currently active groups will give it to you by the handful.

But those political extremist movements are far from the only ones in recent memory that are built on hate, anti-Americanism, property damage, bombings and murder. One must only remember the many outrages of groups like the Weather Underground, the SDS, the Black Panthers, the Animal Liberation Front, the Earth Liberation Front, and the Nation of Islam, to name just a few. And that is not to even mention the ages-old Ku Klux Klan and the American Nazi Party. Each and every one of those groups has real — not figurative — blood on their hands, and all have been plying their extremism in recent memory.

Indeed, if you look throughout U.S. history, at nearly every dangerous extremist group that has been responsible for murders, bombings and mayhem, you will find they are leftists and anarchists. Rarely does one find center-right groups sponsoring violence.

Going back to the 1880s, when the anarchist movement began to spread across Europe and the U.S., bombings, assassinations and militant attacks hit Americans hard. Who now remembers when anarchists destroyed the Los Angeles Times headquarters building in 1919, killing 21 and injuring another 100? Or the 1920 Wall Street bombing that killed 30 and injured 143? If you are interested, a history of these attacks can be seen at Breitbart News.

In light of facts and history, Joe Biden has no historical grounds to call today’s MAGA movement the most extreme in U.S. history. It is simply a lie.

Meanwhile, Biden himself is arguing in support of abortion on demand for any reason at any time during a pregnancy, fostering the creation of a Ministry of Truth that will have police powers to shut down the free speech of Americans, teaching radical sexual identity politics to tiny children, putting an end to American sovereignty and opening the southern border to the entire world, and more.

Just who is the extremist here?