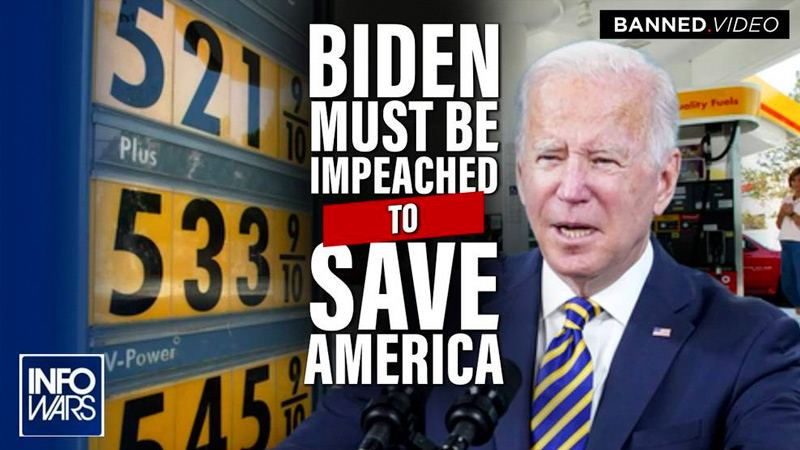 The Biden administration has proven to be an economic disaster for the American people, and it’s critical he be impeached to prevent America from collapsing even further, Alex Jones explained Thursday.

Discussing how Biden’s policies have had a negative effect on the public, Jones called on Republicans to introduce articles of impeachment against the Democrat puppet president in order to save the country.

“We need articles of impeachment on the economy, on inflation, on cutting off the energy, and on the border,” Jones outlined.

“That will sink him, everyone will unify behind it, and we will take the country back! Those are the issues!”

EPIC RANT: No One Fights For America Like Infowars