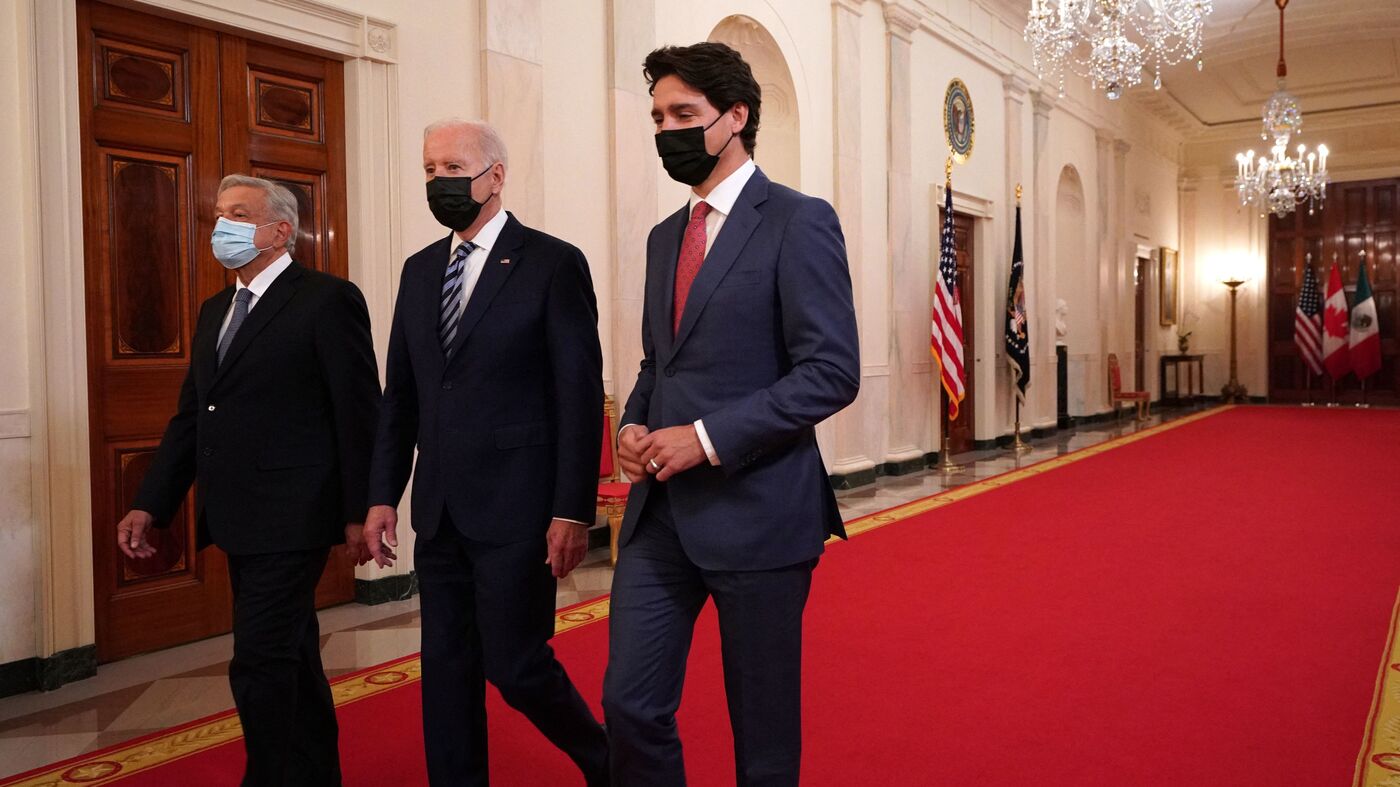 President Biden on Thursday hosted the Canadian and Mexican heads of state for a trilateral summit — the first North American leader summit of its kind since 2016.

“We are closely bound by history, culture, a shared environment, and economic and family ties, and strongly believe that by strengthening our partnership we will be able to respond to a widening range of global challenges,” the three said in a lengthy joint statement released by the White House.

Biden hopes to heal some of the wounds opened by his Republican predecessor, Donald Trump, whose protectionist, “America First” policies isolated the United States from its neighbors and closest allies, and prompted outrage from some world leaders.

It was under Trump that these once-regular meetings were ended, as the former president zeroed his focus on American priorities, irrespective of the global impact of these decisions, particularly as they pertained to trade and immigration.

While Biden wants to lay out a fresh start with America’s neighbors, there are some economic sticking points on which the three leaders do not see eye to eye — such as U.S. proposals to offer tax credits for electric vehicles that would only be available for cars and trucks made in the U.S. with union labor.

The meetings Thursday at the White House were heavy on symbolism.

In his bilateral meeting with López Obrador, Biden emphasized that the United States has turned the corner from the past.

“I believe it’s a different and emerging relationship which is one borne out of mutual respect,” he said.

With Trudeau, Biden emphasized shared values of “opportunity, equity and justice” saying, “This is one of the easiest relationships you can have as an American president, and one of the best.”

Biden met with each leader individually, and then the three met together.