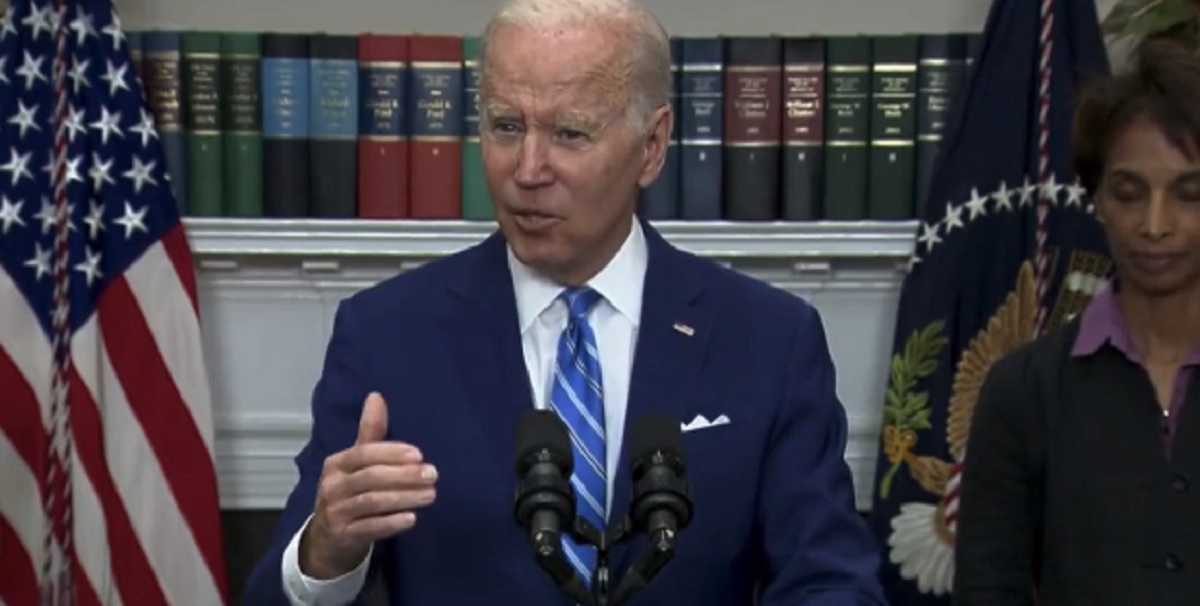 After originally referring to those who support the “Make America Great Again” movement as the “most extreme organization” in history, the 79-year-old Democrat backtracked to clarify that he meant the most extreme in “recent American history.”

But even there, he wasn’t even close to being right, and any American who’s followed the news the past few years knows it.

“What are the next things that are gonna be attacked? … This MAGA crowd is really the most extreme political organization that’s existed … in recent American history.” pic.twitter.com/9WGm80gKKJ

Biden made the extremist claim in remarks where he attacked the Supreme Court for a draft opinion that would overturn the 1973 Roe v. Wade court decision.

He suggested that the potential ruling would soon be followed by law that would separate “children that are LGBTQ” from being in classrooms with others.

Joe Biden says that overturning Roe v. Wade could lead to LGBT children not being allowed in school classrooms:

“This MAGA crowd is the most extreme political organization that’s existed in American history.” pic.twitter.com/WyW6j52ju0

Even by Biden standards, it was nonsense.

Maybe he was confusing the Supreme Court case with Florida’s law prohibiting public school teachers from exposing prepubescent children — in kindergarten through third grade — to discussions about sexual orientation.

But even if Biden was making a reasonable point, the draft ruling by Justice Samuel Alito specifically limits discussion to abortion — and only abortion. As TheBlaze quoted:

“And to ensure that our decision is not misunderstood or mischaracterized, we emphasize that our decision concerns the constitutional right to abortion and no other right,” Alito wrote. “Nothing in this opinion should be understood to cast doubt on precedents that do not concern abortion.”

Biden’s claims of MAGA supporters being the “most extreme” political group in all of American history is a bold assertion, to put it mildly.

One might point to radical slavery supporters, Communists, and anarchists as more extreme constituencies, but to give Biden some credit, he did quickly roll back his gaffe.

Still, that doesn’t change the fact that radical antifa movement and open borders globalists, among other extreme progressive causes, occupy the same sphere of “recent American history” that MAGA supporters do.

Americans devastated by Biden’s signature inflation, open borders, and energy crisis might even point to Biden himself as the “most extreme” political force in American life.

Biden today: “This MAGA crowd is the most extreme in political history…”

The “extreme” narrative may see further use as a political hit job for Biden and Democrats, seeking to lash out at the opposition amid dismal midterm polling and the likely loss of both chambers of Congress.

The new line diverts from Biden’s original campaign message of bipartisanship and unity.

Instead, the president is opting for extremism and the blame game.