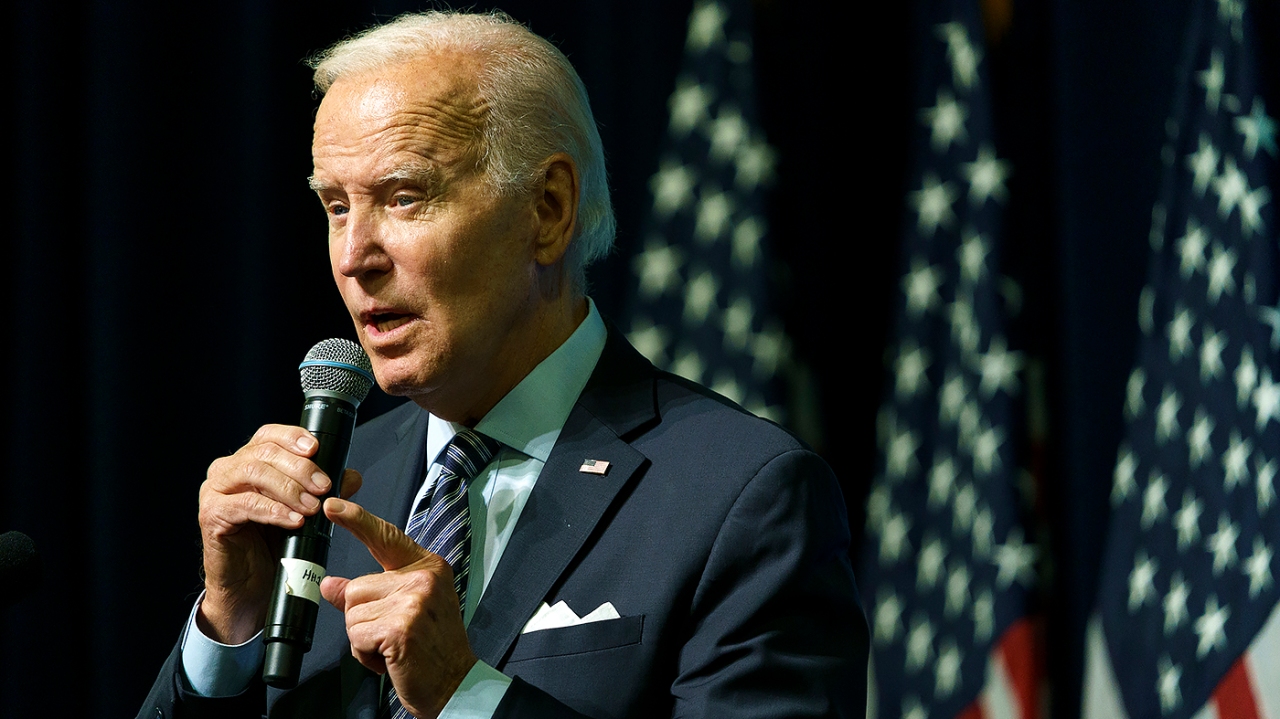 President Biden said that American women were awakened by the Supreme Court decision overturning Roe v. Wade while rallying Democrats ahead of the midterm elections.

“Republicans have awakened a powerful force in this country: women,” Biden said. “Here you come.”

He blasted Republicans for their stances on abortion, among other issues, during his remarks at the Democratic National Committee summer meeting in National Harbour, Md. The event Thursday evening marked 60 days until the midterms.

“If they had it their way, they’d come after contraception, marriage equality, the whole right to privacy,” the president said.

He also took digs at Republicans for their stances on other issues like the high cost of insulin, the climate and the deficit.

“Guess what, you know Republicans talk about being fiscally responsible, we are reducing the deficit,” Biden said. “Last year I reduced the deficit $350 billion.”

The president made a plea to the hundreds of attendees at the reception to work to vote Republicans out in 2022.

“Now every single American needs to return the favor and vote them out of office,” Biden added.

He reiterated his recent rhetoric about so-called MAGA Republicans, calling them extremists.


NotedDC — Sanders lashes out over Schumer-Manchin side deal

Oz pressures Fetterman to debate him in September

He said that “extreme MAGA Republicans” “embrace political violence” and added, “You can’t be pro insurrection and pro democracy.”

He also criticized former President Trump for saying he would pardon the Jan. 6 rioters.

“I want to be very clear up front, not every Republican is a MAGA Republican,” Biden added. “The mainstream Republicans, there’s still a few of them left.”