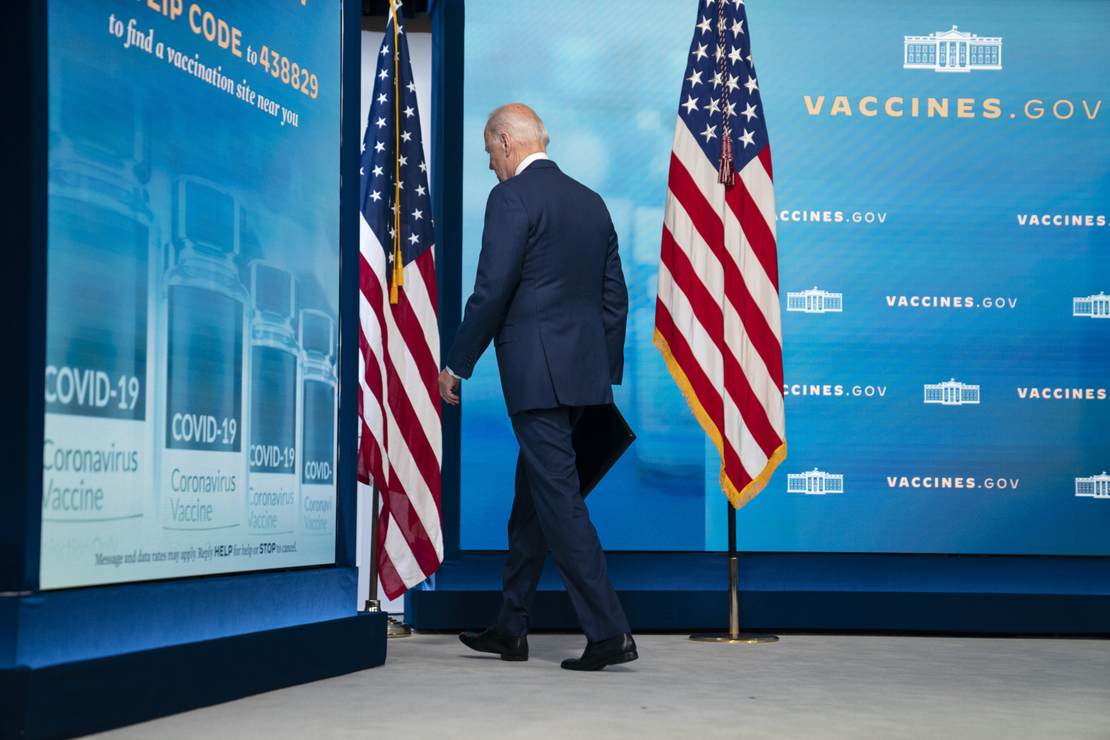 With one year in office behind him, analysts have been busy tallying all of the statistics related to Joe Biden’s presidency. One number stands out like a sore thumb and should be of concern to any serious journalist (though you’ll rarely hear any of them complain about it). After twelve months, President Joe Biden has held fewer press conferences than any American president since the early 1980s. In fact, the numbers aren’t even close when compared to other presidents in the modern era. Biden has managed a grand total of nine press conferences, less than the five presidents who preceded him. He has also sat down for fewer interviews than the previous six presidents. I’m guessing that this isn’t what people were expecting from “the most transparent administration ever.” (Daily Mail)

Joe Biden has conducted far fewer press conferences than five of his immediate predecessors in his first year in office and has given less interviews with the media than the six presidents who served before him.

In Year One, President Biden has only given nine formal press conferences – six solo and three jointly with visiting foreign leaders. He has also conducted 22 media interviews.

By comparison, at this point in their respective presidencies Donald Trump conducted 21 press conferences, Barack Obama was at 27, George W. Bush at 19, Bill Clinton at 38 and George H. W. Bush at 31.

The last time an American president held fewer press conferences than Joe Biden during their first year was when Ronald Reagan first took office. But at least Ronnie had an excuse. After less than three months in office, John Hinckley Jr. shot him on a sidewalk in Washington. He spent some time in the hospital and the Secret Service was understandably skittish about putting him in front of crowds for a while after that.

Biden’s 22 media interviews also represent a pathetically low number compared to his predecessors. And the ones that he has given have been held exclusively with friendly outlets that specialize in softball questions. Even then, however, Biden has managed to produce all sorts of awkward, cringeworthy moments where he seems to lose the thread and his mind clearly wanders off the track.

Looking past the raw numbers, I’m going to go out on a limb here and say that this paucity of press availability probably wasn’t Biden’s idea and isn’t entirely his fault. The President has given us plenty of clues over the past twelve months indicating that he has a team of unnamed “handlers” in the background who control access to him and determine what he’s going to talk about. Certainly, all presidents have staffers who have input in press availability matters and help develop talking points, but Joe Biden’s team appears to hold a virtual leash on him.

At the majority of the appearances that Biden has managed to make, we’ve heard him use variations of the phrase, “I’ve been told I need to call on…” At other times he’s said he was “told” he wasn’t supposed to take any questions. I’ve been one of the people who have regularly spoken up and asked what should be the obvious question on every reporter’s lips. Precisely who is it that’s been “telling” the leader of the free world which reporters he’s allowed to talk to and what questions he is allowed to answer? We deserve to know, because that mysterious figure is one of the most powerful people in the world.

Even when Biden delivers public remarks, at the conclusion of his delivery of a prepared statement, as reporters begin to jockey with each other and shout out questions, Biden frequently just turns around and walks out of the room. His staff has taken to literally playing music when he’s done speaking so the microphones don’t pick up the reporters’ vain attempts to ask questions.

Biden’s mental acuity has been a lingering question mark since early in the campaign of 2020 and I make no apologies for bringing this up. The man is not sharp at the best of times and seems lost in a fog during his less impressive moments. The fact that most of our mainstream journalists are on the sideline about this and simply accept this situation as the new normal is beyond disappointing. It’s journalistic malpractice.