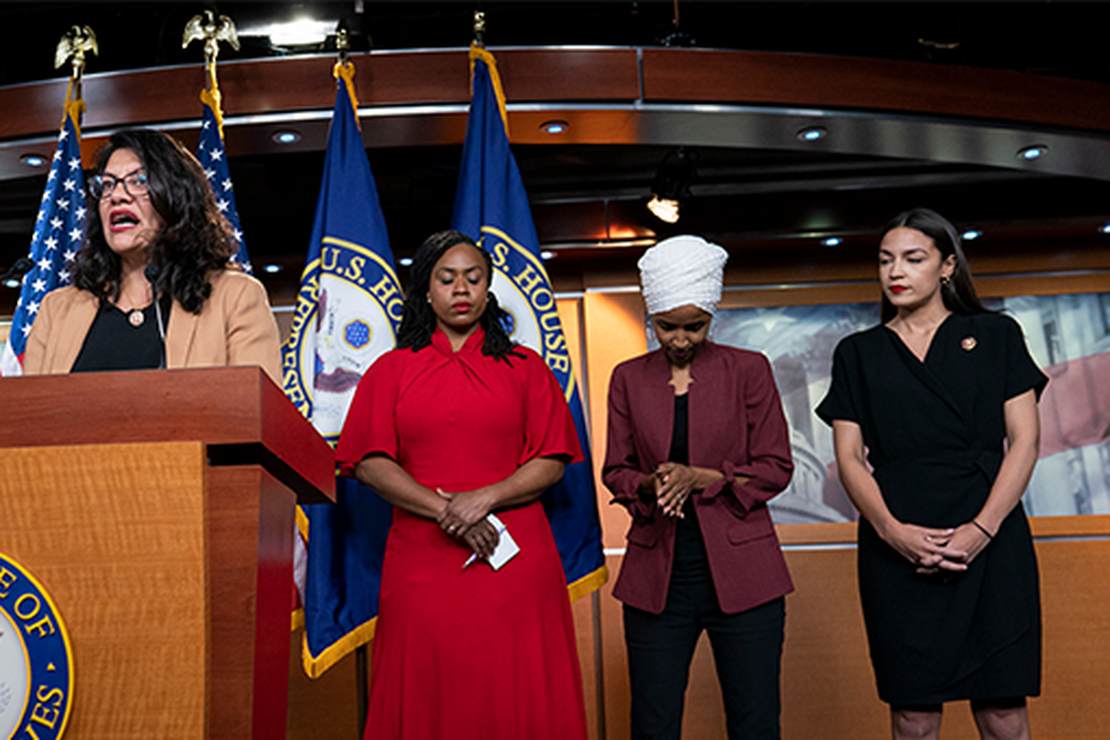 Suddenly, the normally vapid State of the Union event looks more promising. Joe Biden’s complete sell-out to the progressive Left since his inauguration notwithstanding, Squad member Rep. Rashida Tlaib (D-MI) will deliver a “formal  response” to the speech from her party’s own president, Politico reports:

A member of the liberal “Squad” is delivering a formal response to President Joe Biden’s State of the Union address Tuesday.

In the speech, given on behalf of the left-wing group Working Families Party, Rep. Rashida Tlaib (D-Mich.) is expected to hammer moderate Democrats who have stymied Biden’s social spending and climate change package.

But just how much of a “response” will this be? The opposition party gets a formal response slot from media outlets in order to rebut presidential claims in the SOTU speech and offer their own agenda. This is clearly not a “formal response” in that same vein, but instead a separate media event tied to the SOTU spectacle for better visibility.  Even so, the need for an informal “formal response” seems notable in at least a couple of different ways.

First off, Tlaib’s not planning to respond to Biden as much as she’s planning to attack moderate Democrats for not capitulating to Biden:

Tlaib will praise Biden’s stimulus bill and make the case that liberals have pushed aggressively for his agenda, according to a summary of her remarks shared exclusively with POLITICO. She is also planning to argue that Republicans and a handful of intransigent Democrats have blocked progress on lowering the cost of housing, health care and prescription drugs.

That’s fine for Biden, who can use Tlaib as an attack dog while he offers soothing platitudes during the SOTU — assuming the White House thinks at all strategically. Evidence of such strategic thinking has been sorely lacking over the last thirteen months. However, if this is a strategic plan that involves the White House, it means that Biden will use the SOTU to double down on the delusion of the mythological “emerging progressive majority” in the US. Biden’s SOTU would then be a stay-the-course declaration rather than a reset back to the center, a historic blunder in midterm electoral terms.

But what happens to Tlaib’s speech if Biden actually does tack back to the center? That would force Tlaib to actually rebut Biden, perhaps rewriting the address in real time to attack senators Joe Manchin and Kyrsten Sinema while tilting at White House windmills at the same time. That will certainly be worth the escalating price of popcorn, but even if Biden and Tlaib align, we’ll need to start hoaring ahead of the SOTU:

The speech will put on display the deep rifts within the Democratic Party that have marked Biden’s presidency. Months ahead of the daunting midterm election, many Democrats are looking to put aside those differences in order to present a united front against Republicans. But the left sees an opportunity in this year’s primaries to elect a more liberal Democratic majority to Congress.

If that’s what the Left sees, then the Galston-Kamarck prediction of utter disaster in 2022 and 2024 elections will come true in blinding Technicolor. The progressive Left has a real opportunity to elect more progressive Democratic minorities to both chambers of Congress in this election, and then to lose even more ground in the Senate in 2024 when Democrats have to defend more seats. That is the outcome of such purity campaigns, which have had a long tradition in both parties but in which Democrats seem to engage every 20-30 years in modern times: mid-1940s over Communism, 1968 and 1988 over the New Left, and now 2022.

Looks like popcorn’s back on the menu. Let us have it!