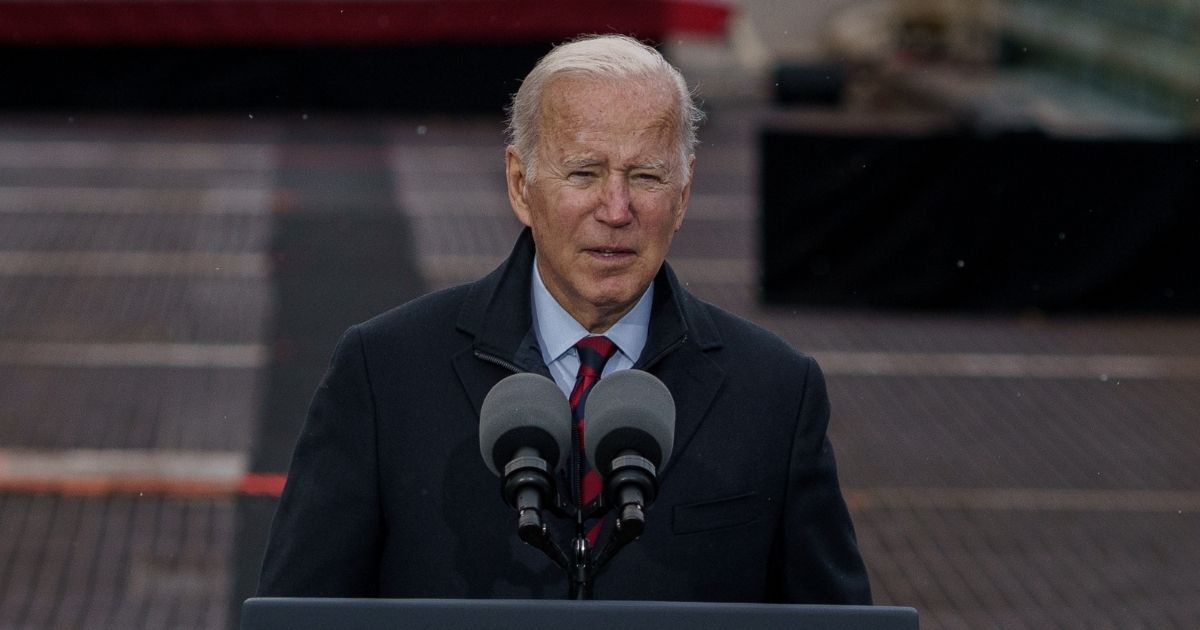 The best and most effective politicians are known for their brilliant means of employing fear to convince the public that their policy platform is the only option to save them, their country and possibly even the world at large from uncertain doom.

The thing is, this is only an effective tactic when used with terrifying scenarios that are at least halfway plausible and in some, vague way believably in proportion to what the policy might cost the public.

You can’t, for example, scare Americans into believing that, if a massive, trillion-dollar spending bill hadn’t been passed, a single freak accident involving a bridge and a firetruck could occur. That’s simply not the terrifying reality anyone is faced with on a routine basis.

As it happens, this isn’t a random example: It is actually exactly what a rather chilly and slightly incoherent President Joe Biden recently pointed to as a perfectly good reason as to why his bloated infrastructure bill was vital to the future of our country.

Because without it, Biden says, bridges could … break … and firetrucks might … have a hard time getting to … fires?

This is not a joke. He really said this:

Biden: “How do I cross a bridge in a snowstorm… What happens if the bridge collapses and there’s a fire on the other side? It’s gonna take ten miles longer to get to the fire. People could die.” pic.twitter.com/sJ6RAX5KoW

Standing in front of one of these apparently critically unstable bridges in New Hampshire, on Tuesday, one day after signing the $1.2 trillion infrastructure deal, Biden said Americans are supposedly having “conversations around those kitchen tables” that he eloquently described as, and I quote “both profound as they are ordinary.”

Is Biden covering for his bad bill?

“How do I cross a bridge in a snowstorm?” Biden’s imaginary public is vitally concerned about, he said. “What happen — no, I um, no, think about it — you know, you’re in a situation — what happens if the bridge collapses and there’s a fire on the other side? It’s going to take 10 miles longer to get to the fire. People could die. I mean, this is real. This is real stuff.”

With all due respect, Mr. President, no. No, this is not, in fact, “real stuff.”

Americans are not sitting around their kitchen tables fretting over bridges that could just crumble, out of the blue, without warning, leaving fire victims to fend for themselves.

I’d be shocked if anyone, at all, anywhere in America has ever actually posited this scenario to a member of their family. Maybe an 8-year-old once asked their parents if this could happen.

It certainly sounds like something I’d worry about at 3 a.m., when I’m half asleep and find myself reliving awkward comments I made 15 years ago to people I’ve never spoken to since or wondering how I’d afford gas if I had to drive 60 miles every day to take my husband to the hospital to get treatment for a deadly disease he doesn’t have and that I’d have no rational reason to believe he’d get diagnosed with during daylight hours.

Other than overcurious young learners and irrational, semi-conscious adults, however, I don’t think anyone with any real experience with the countless concerns facing everyday Americans is worried about bridges just falling down left and right, and certainly not to the extent that this was their deciding factor in their support for the $1.2 trillion infrastructure bill.

Now, to be fair to Mr. Biden, it is true that, perhaps, hypothetically, a bridge could collapse when there is a fire on the other side, causing a fire truck to travel an extra 10 miles.

As conservative pundit Ben Shapiro pointed out with his own hypothetical, other things could possibly happen, as well:

“What if your wife is pregnant and you’re trying to drive to the hospital when all the roads are flooded and begin to crumble and you’re attacked by sharks? WHAT THEN, HUH? THEN YOU’D LOVE THIS BILL, WOULDN’T YOU?

Of course, I think we all have to agree that Fox News Radio host Trey Radel has the most plausible scenario:

Well, Ben, if a man was walking down the street in a canoe and the wheel fell off how many pancakes would it take to fill a three-story building? The answer is 12 because birds don’t have teeth.

Makes about as much sense as Biden’s off-base imaginings of what Americans are concerned about.

This bill is not simply about bridges and roads. This bill was a major cornerstone of Biden’s wildly radical progressive agenda and not even half of it is even going toward funding infrastructure projects.

It’s already insulting to pass this bill off as simply about keeping roads and bridges intact, since we all know it goes well beyond making sure that firetrucks have roadways and bridges to travel on, but it’s just that much more so that he thought up this ridiculous scenario to try to justify all the spending on everything else the bill contains.