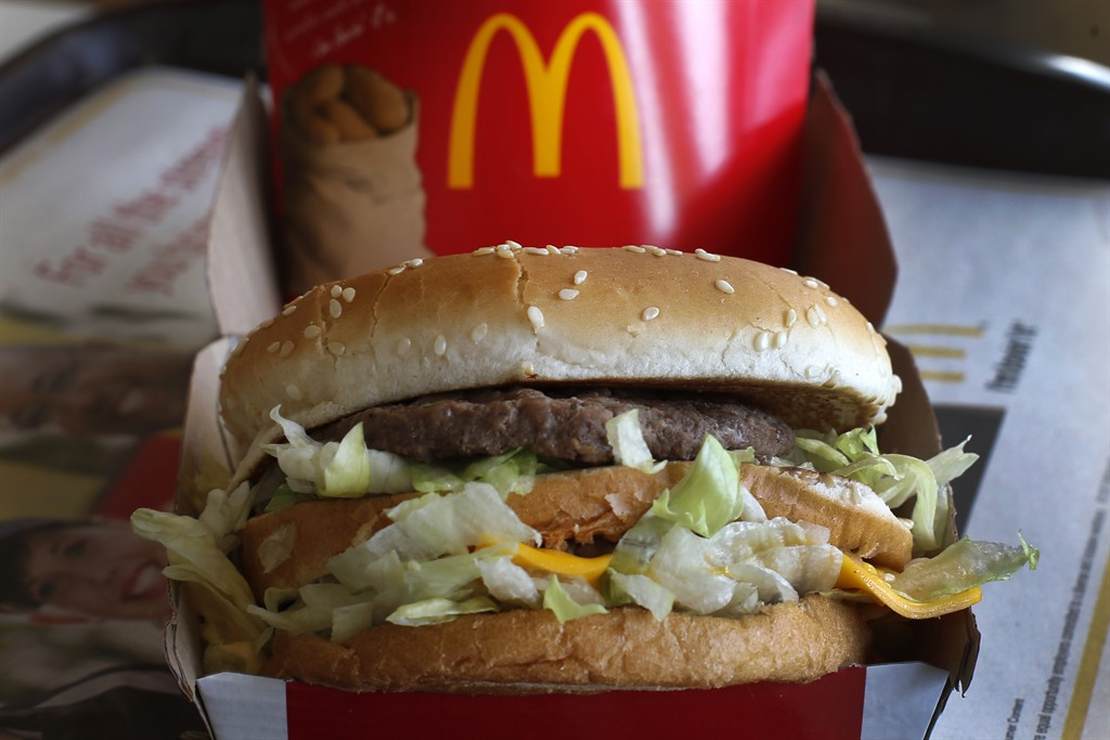 The price of a Big Mac has risen 7% in a year. According to the National Restaurant Association, that is the biggest price jump in price since 1981. Overall fast food prices have jumped 7.2% in the last year. Food prices, in general, are up across the board.

That Happy Meal your child asks for will cost you more if it already doesn’t, as Bidenflation comes for your burgers and fries. Like everything else, labor and fuel costs are driving up the price of food. Prices at full-service restaurants have gone up 8%, the biggest jump of any restaurant category. There is no escaping it – we are all paying more for food. Axios checked the prices of burgers in 24 cities and as you would expect, prices varied from place to place. In some areas, lunch prices outpace the rise in wages.

Did you know there is a Big Mac Index? Me, either. But there is and it was created in 1986. It has become a global standard. Axios created its own index to compare prices in 24 American cities.

The big mac index was invented by The Economist in 1986 as a lighthearted guide to whether currencies are at their “correct” level. It is based on the theory of purchasing-power parity (PPP), the notion that in the long run exchange rates should move towards the rate that would equalise the prices of an identical basket of goods and services (in this case, a burger) in any two countries.

Burgernomics was never intended as a precise gauge of currency misalignment, merely a tool to make exchange-rate theory more digestible. Yet the Big Mac index has become a global standard, included in several economic textbooks and the subject of dozens of academic studies. For those who take their fast food more seriously, we also calculate a gourmet version of the index.

In two of America’s most expensive cities, a rise in minimum wages has also increased burger prices.

‘At the company’s fourth quarter earning report he said the price hike accommodated the ‘4% commodity price increases or food and paper increases, as well as labor inflation and the competitive environment.’

It was just a matter of time before fast food prices became noticeably more expensive. Anyone who does grocery shopping on a regular basis knows that food prices have jumped sharply over the past few months. The price of beef is certainly up. Restaurant menu prices increased 6.9% between March 2021 and March 2022. It was the largest 12-month increase since 1981. Yet, grocery store prices rose significantly more. The prices jumped 10% in the same time span of March 2021 and March 2022. This was also the biggest rise in prices since 1981. Thanks, Joe.

A rise in gas prices, rising labor costs to attract workers after the closures brought on by the pandemic, and now Putin’s war in Ukraine are all contributing factors in price increases.

Overall consumer prices were up 8.5% from year-ago levels – the largest 12-month increase since 1981. This was largely driven by a 48.0% surge in gas prices, with over half of that increase coming in February and March alone. The prices of used cars and trucks stood more than 35% above year-ago levels, despite declining in both February and March.

The recent rise in menu prices was due largely to higher input costs – particularly food and labor. The Producer Price Index for All Food jumped 15.1% between February 2021 and February 2022, while the average hourly earnings of eating and drinking place employees were up 12.1% during the same period.

Biden regularly blames Putin’s invasion into Ukraine for inflation in the United States but clearly, most Americans aren’t buying that excuse. Biden’s bone-headed choices in energy policy and his insistence on passing multi-trillion dollar spending bills have brought us here. Inflation is not transitory and will be here for some time to come. The concern now is that there may likely be a recession on the horizon. Americans haven’t felt this kind of economic pain since the days of Jimmy Carter. A burger index can be a light-hearted way to measure inflation but most people aren’t feeling so carefree these days. Basic living expenses are up and will continue to rise for the near future, whether it’s food, gas for your vehicle, or even rent. Bidenflation is here to stay.