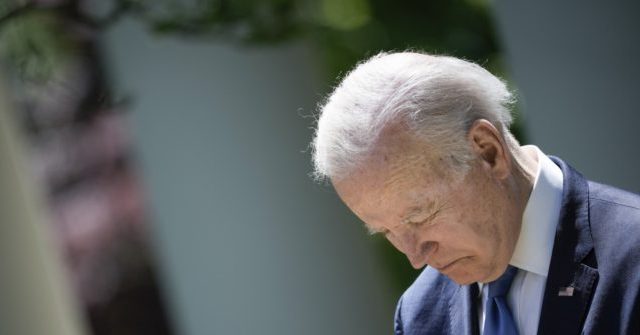 The University of Michigan’s index of consumer sentiment plunged 9.4 percent in the early weeks of May, falling from a score of 65.2 to 59.1. That kind of plunge is rare outside of a catastrophe or a recession. It is the lowest reading since summer of 2011 when the country was locked in a battle over the debt ceiling and Standard & Poor’s downgraded the credit rating of the United States.

“These declines were broad based–for current economic conditions as well as consumer expectations, and visible across income, age, education, geography, and political affiliation–continuing the general downward trend in sentiment over the past year,” said Joanne Hsu, the new director of the survey.

“Consumers’ assessment of their current financial situation relative to a year ago is at its lowest reading since 2013, with 36 percent of consumers attributing their negative assessment to inflation,” Hsu said.

There is evidence that high inflation is destroying demand by pricing consumers out of big purchases.

“Buying conditions for durables reached its lowest reading since the question began appearing on the monthly surveys in 1978, again primarily due to high prices,” Hsu said.

The sharp decline in consumer sentiment signals that consumers are becoming exhausted with high levels of inflation even though they do not see inflation as getting worse.  The median expected year-ahead inflation rate was 5.4 percent, little changed over the last three months, and long-term inflation expectations remain well-anchored with a median of 3.0, near where they have been for nearly a year.