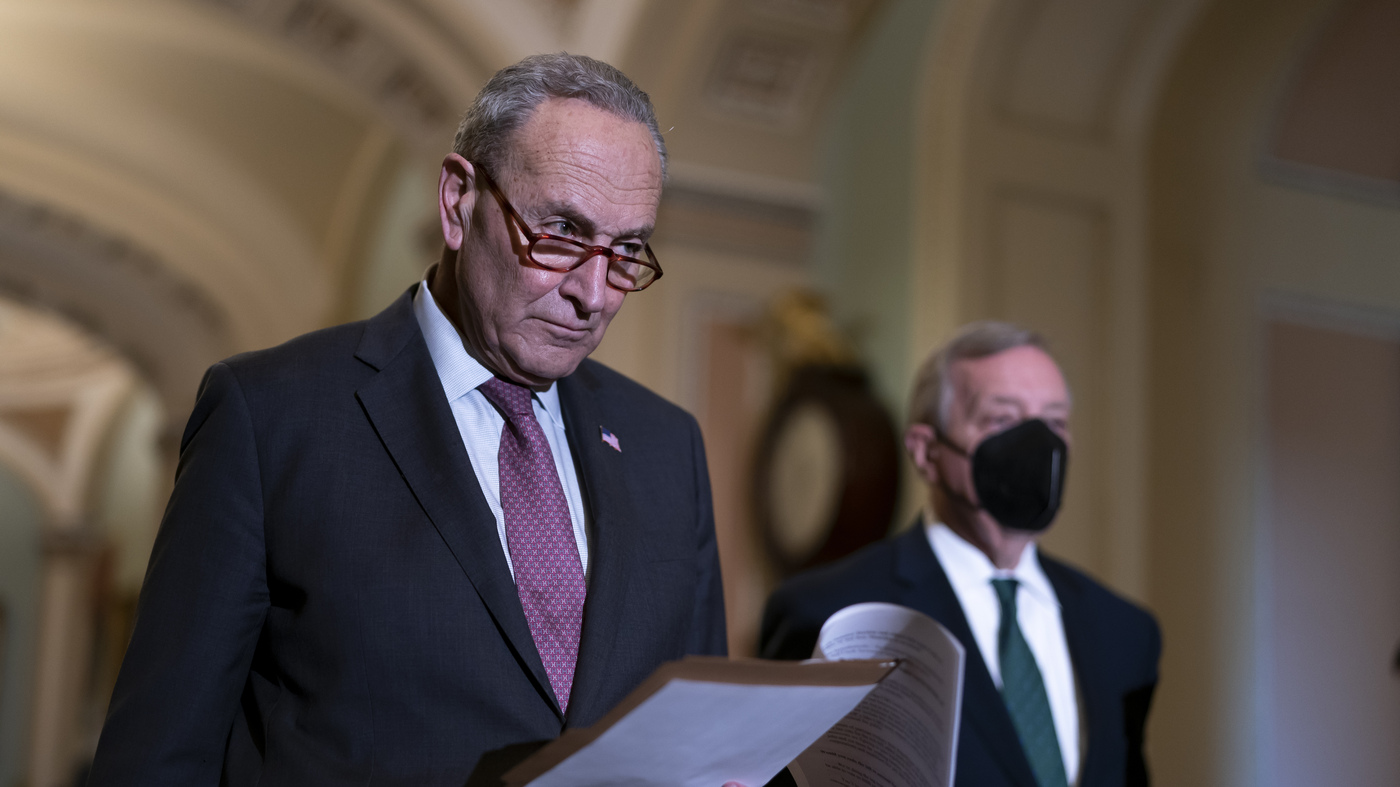 Senate Majority Leader Chuck Schumer, D-N.Y., had said he hoped the Senate would vote on President Biden’s spending bill before Christmas, but that plan has stalled.

Senate Majority Leader Chuck Schumer, D-N.Y., had said he hoped the Senate would vote on President Biden’s spending bill before Christmas, but that plan has stalled.

Senate Democrats are on the verge of abandoning their pledge to pass President Biden’s nearly $2 trillion social spending and climate change package before Christmas, and they have members of their own party to blame.

Senate Majority Leader Chuck Schumer, D-N.Y., had insisted over the past several weeks that the bill would pass the Senate before the holiday. But Democrats have been unable to convince Sen. Joe Manchin, D-W.Va., the key holdout on the bill, to pledge his support.

Schumer avoided admitting defeat this week even as it became clear that plans for a vote were slipping.

“The bottom line is there are good discussions going on,” Schumer told reporters on Wednesday. “We are moving with progress.”

But by Thursday afternoon, little progress had been made.

Sen. Mark Kelly, D-Ariz., downplayed the severity of the delay for the Build Back Better bill.

“I don’t think it’s going to be before Christmas,” Kelly said. “But you know it shouldn’t be, it should be when we’re ready.”

“It’s likely to be one of the first things to take up after the holidays,” he added.

The months-long struggle stalled out in the Senate after House Democrats mustered the votes to pass a version of the bill last month. The bill was snarled in familiar fights between Manchin and virtually every other member of his party over the cost of the bill and plans to significantly expand the social safety net.

Democrats hope to pass the legislation using a feature of the budget process, known as reconciliation, that would allow them to avoid a GOP filibuster and pass the bill with a simple majority. That requires unanimous support within their party, giving holdouts like Manchin veto power over the entire bill.

Manchin has raised concerns about a number of elements of the bill but his latest objections were related to the cost of the child tax credit. The American Rescue Plan, which was approved without GOP votes earlier this year, expanded the credit to reach more low-income families, increased the overall value of the credit and turned a portion of the credit into an monthly payment of up to $300 per child.

That expansion is set to expire at the end of the year.

Democrats planned to extend the monthly payments for one year but Manchin has raised concerns about the total cost, particularly if Democrats eventually try to make the changes permanent.

But Manchin has refused to publicly commit to what specific changes to the bill or the credit would satisfy him enough to win his support.