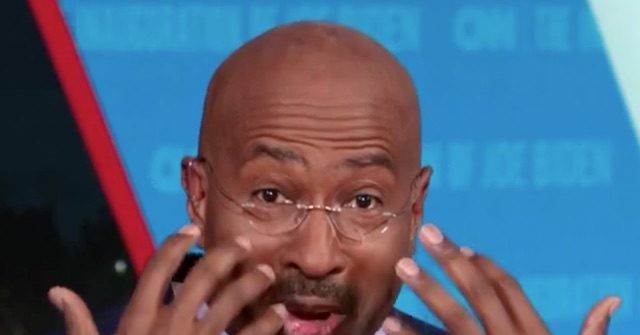 CNN political commentator Van Jones said Thursday on CNN’s “OutFront” that President Joe Biden was doing a great job if you ignored “the past six months of nutty stuff.”

Discussing the Democrats’ $670 billion bill, anchor Jim Sciutto said, “Let’s begin with this budget bill. There are still more hurdles, but the biggest hurdle was Joe Manchin, and until yesterday, nobody was talking about this deal being resurrected. It’s not all there, but it has pieces of the original Biden agenda. How important a move, how important a victory the Biden administration?”

Jones said, “That big sound you hear in the background is a sigh of the relief for the Democratic Party that we actually are going to be able to deliver on some of the stuff. It would have been better if it had happened earlier. But the reality is to lead is to go first. Biden has been there pushing, trying to get something done on climate. He promised he would get it done. It’s going to get done. He has been pushing to get something done on the chips and the semiconductors. So, listen, if you just erase the past six months of nutty stuff, it looks like you’ve got a president that can get an infrastructure bill done, get COVID stuff done, get something done for the American people on climate, get something done on chips. That’s a successful presidency. You just have the past six months of nonsense that takes away from it.”