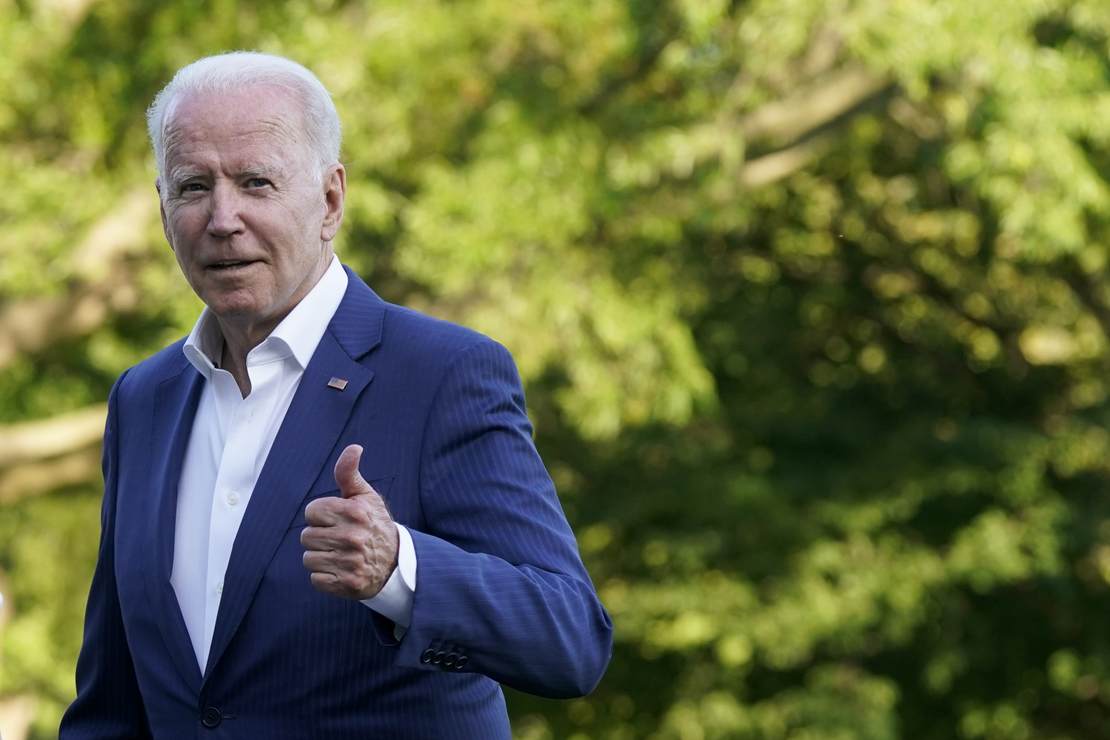 Joe Biden’s nominee for the 11th Circuit Court of Appeals is a beaut. Nancy Gbana Abudu’s nomination is a dream come true for far-left Democrats looking to convince the American people that election integrity is code for voter suppression and a return to the days of Jim Crow. This nominee’s professional history shows in a nutshell that Joe Biden was never some unifying moderate who was elected to heal the soul of America. Most of us realized that from the start but some voters were desperate to see a change in the White House and good ole Joe was going to save us all, right?

Wrong. Joe Biden totally bought into the progressives whispering in his ear that he can be the next FDR or LBJ and making big sweeping changes in American social policy. Instead, Biden was never going to be that guy. A career politician of almost fifty years with little to show for it, he has no mandate. Democrats have a thin majority in the House and the Senate is split 50/50. Though he prides himself in doing away with his predecessor’s policies, one he is keeping is to nominate and push through as many judicial nominees as possible while he has a Democrat House and a Senate with Kamala as the tie-breaker. Biden is incompetent, arrogant, a mere shell of his younger self but he’s not stupid. He knows it’s now or never.

The nomination of Nancy Gbana Abudu is a classic example of Biden dividing Americans, not unifying us. The only court higher than a circuit court of appeals is the Supreme Court. It’s the top of the judicial world. That is why it is particularly egregious to read some quotes attributed to Abudu on voting rights. The Georgia-born attorney is currently deputy legal director for strategic litigation at the Southern Poverty Law Center, where she focuses on voting rights. Her Linked In page is one that the progressive left will have no objections to, full of all the right career moves. Her resume even includes working as a staff attorney for the 11th Circuit Court of Appeals from 2002 to 2004.

Biden’s administration is full of political activists. Checking off boxes in the interest of identity politics is a major consideration when Biden goes to fill a position. Abudu checks off some boxes as a black woman. She would be the first black woman to serve on that bench. With her nomination, Biden is pushing back on states, mostly red states, who have voted for election integrity reform laws – Georgia is at the top of that list. As I said above, Abudu is a native of Georgia and the court covers Georgia, Alabama, and Florida. She will fill a vacancy created by the retirement of Judge Beverly B. Martin, an Obama appointee if confirmed.

In March of 2021, Abudu wrote about Georgia’s election integrity law.

In a thematically-similar March 2021 writing, Abudu likened efforts by lawmakers to protect election security to efforts to suppress black voters in the 1960s. She slammed Georgia for its “Election Integrity Act of 2021,” which mandates voter ID for mail-in ballots, halts absentee ballot acceptance within 11 days of an election, and restricts third parties from handing out gifts to voters at polling places, among other provisions.

She can’t blame controversial opinions on being from her youth. These are statements she made in recent months or years. She commented on Democrat legislation like the John R. Lewis Voting Rights Advancement Act (H.R.4) as a way “to protect the future of American democracy.” She took a distinct slap at “some” senators.

“As HR 4 moves to the Senate, some senators have already committed to doing everything in their power to oppose the bill – up to and including leveraging a legislative tool popular with pro-Jim Crow senators of the past – to prevent its passage and to further erode the fundamental right to vote,” Abudu wrote, likening Republicans today to Democrats who upheld laws that discriminated against minorities in the past.

Before that, she delivered a hot take on South Carolina.

Abudu said her “biggest concern” as an ACLU attorney “regarding voter suppression” was states “passing laws requiring voters to have photo IDs.” She slammed South Carolina for not permitting students to show campus IDs to vote, calling it “restrictive.”

The Daily Wire found an interview with her in 2011 during which she called voting requirements of producing ids and proof of citizenship as acts of voter suppression. She’s a peach.

In a 2011 interview dug up by The Daily Wire, Abudu asserted that “95 percent” of her work with the ACLU at the time involved “voting rights.” She notably said “photo ID” and “proof of citizenship,” two long-established requirements to vote, are indicative of “voter suppression:”

As recently as June 2020 Abudu compared barring convicted felons from voting to slavery.

Abudu echoed the administration’s “Jim Crow” sentiment in a June 2020 article. She claimed America is a “separate and unequal society” and that the criminal justice system “ruin[s] people’s lives forever.” She also said laws barring convicted felons from voting are similar to slavery. See below:

When you add laws that prohibit people with a criminal conviction from voting, it’s practically the same system as during slavery – Black people who have lost their freedom and cannot vote. And without access to the ballot, a victim of the system cannot elect the very officials pulling the levers to hire the police, determine which cases are prosecuted and what sentences are imposed.

She sounds like a Black Lives Matter activist, not a person who should possess a judicial temperament. She points to black convicted felons without including white or brown convicted felons. Black Americans make up about 13% of the population but about 40% of people who are in prison or jail.

I’ll end with one more quote. This one is from 2019 and is full of liberal victimhood. It is from a video for SPLC.

In 2019 Abudu decried ‘discriminatory’ voting laws and said they were proof that the Jim Crow system of racial segregation was still prevalent.

‘We believe that voting is a human right, but we know full well that our nation’s history is inextricably linked with generations of struggle to expand voting rights,’ she said in a video for the SPLC’s Voting Rights Practice Group.