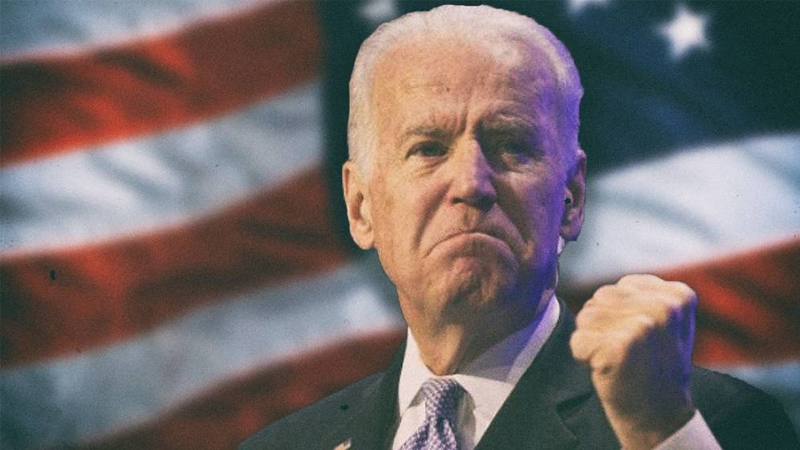 The mass formation psychosis is strong over the United States. How else can you explain the continued dominance of a vaccine industry that has murdered thousands?

This vaccine industry is also in cahoots with an anti-American media machine that has forwarded the great lie and is now waging its anti-human war upon babies and children.

This is the Liberal World Order foisted upon us by our self-serving Occupier-in-Chief globalist tool and New World Order zealot Joe Biden.

And as the Constitution-ignoring occupier continues to split the Country by feeding it into the clutches of Marxism, the walls are closing in on the remaining 932 days of Biden’s occupation with an approval rating of 39%.

Additionally, a Harvard CAPS–Harris Poll survey found that 71 percent of respondents polled do not think Biden should run for a second term.

And a University of Chicago’s Institute of Politics poll reveals that 28% of voters felt it might soon be necessary “to take up arms against the government,” according to the data one-third of Republicans – including 45% of “strong Republicans – hold this belief about taking up arms. 35% of independent voters, and 20% of Democrats, also agreed, according to the poll.

As inflation reaches a record 40-year high, stock markets posted the worst first half of a year in over five decades, while the failing Social Security system is set to rise in 2023 by 11% due to the cost of living.

Meanwhile, Biden mumbles about carving out the filibuster in order to codify Roe vs Wade into law. But the Occupier-in-Chief faces a historical midterm pummeling, making it impossible for for his dictatorship to thrive.