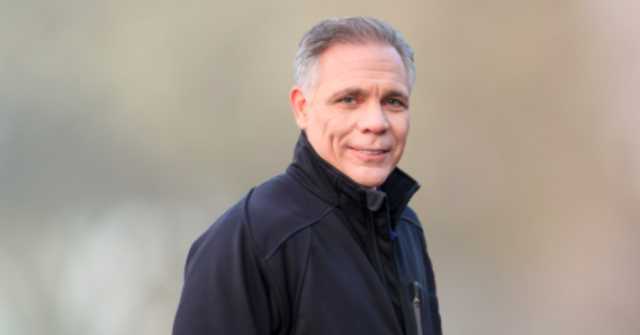 Breitbart News Saturday host Matthew Boyle began the interview by discussing the vast difference in crime rates between Pekau’s Orland Park and neighboring Chicago. Boyle asked Pekau to talk about how he brought crime down as Orland Park’s mayor and what the Democrat city officials are doing wrong in Chicago.

Pekau explained his “proactive” approach to crime and policing in Orland Park.

Pekau said, “We realized we had to have a different approach, and so we became much more proactive, using technology to identify license plates that don’t match their cars, license plates for stolen cars, those types of things. And also, for every traffic violation, it’s amazing how many people carry drugs lying in their car, right? And then when that happens, we can search the car. So we’ve been much more proactive about getting people off the street.”

“And one of the key things that we do is we process all of our evidence in house, or we use a private lab, so we get it back in 24 hours, as opposed to the state, which is six months or a year,” Pekau said.

The conversation switched gears to Pekau’s congressional race, and Boyle noted that Pekau’s opponent, Rep. Casten, has co-sponsored anti-law enforcement bills and voted for “every single one of the major Democrat agenda items over the course of the last two years.”

Pekau continued,  He’s gone after police officers, he supports criminals, not the average citizen, and here in Orland Park, and let’s face it, we’re not 90 percent Republican, we’re probably 55 percent Republican here, and we have 90 percent support for our police officers and for the actions that we take because you know what Democrats, democrat citizens, not democratic elected officials, but Democrat citizens, they support the police. And that’s probably the most important thing we do in Orland Park is we support our police.”

Pekau said that Casten “is further left” than Rep. Alexandria Ocasio-Cortez (D-NY) and “the Squad,” because he votes against bills that they support.

Pekau also criticized Casten for claiming inflation is “zero” and that the country is not in a recession.

“If you think we’re not in a recession and inflation is zero, if you cannot acknowledge that a problem exists. How can you possibly solve the problem?” Pekau said.

“This is appalling, as someone, and I’ll just speak personally, as someone who was the first in my family to graduate from college that worked full time and then paid my student loans,” Pekau said.

He also noted that he paid for his wife’s and their children’s student loans.

“And now the government’s gonna come in and say, ‘Oh, don’t bother paying that back.’ When they took out that, they knew what they were doing,” Pekau said. “And all of the people that took this debt out, they’re adults, and they made those decisions and you’re asking other people to pay for the decisions that that they’ve made,” he said

Pekau added, “It’s unfair to folks like us, it’s unfair to union workers, and people put themselves through trade schools or an automotive tech school, and they’re having to pay for it, or for people who are like my parents and didn’t go to college but worked really hard so that their kids, not so they could pay for their kids’ college, but so their kids had the values to go to college and use their intelligence because it was something that was God given to them that they really had a skill for and use that. And they taught them to do that. And they went out and did that, or they saved up the money to help those kids. Why should they have to pay for other children to go to college?”

Pekau also faulted Biden for unilaterally taking action on student debt instead of acting through Congress.

Pekau talked about how working-class residents of his district are traditionally Democrats but agree with him “on almost every issue.”

“There’s a lot of trade workers, a lot of union workers that have been traditionally Democrats,” Pekau said. “But I can tell you that if I sit down with any of them, they agree with me on almost every issue and don’t agree with Sean Casten on anything, and it’s a function that unites.”

Pekau called on Republican candidates across the country to speak face to face with these types of voters and explain the benefits of Republican policies.

“The Republican Party needs to get in front of these people and explain to them and get them to start voting on the issues and not just looking at someone who’s Republican and say, ‘oh, we can’t vote for them because we voted Democrat our whole life.’ We have to start looking at the issues,” Pekau said. “And I think that’s happening more and more and more. And I think that’s critical, because these policies do not help the working class, they screw the working class.”

Jordan Dixon-Hamilton is a reporter for Breitbart News. Write to him at jdixonhamilton@breitbart.com or follow him on Twitter.