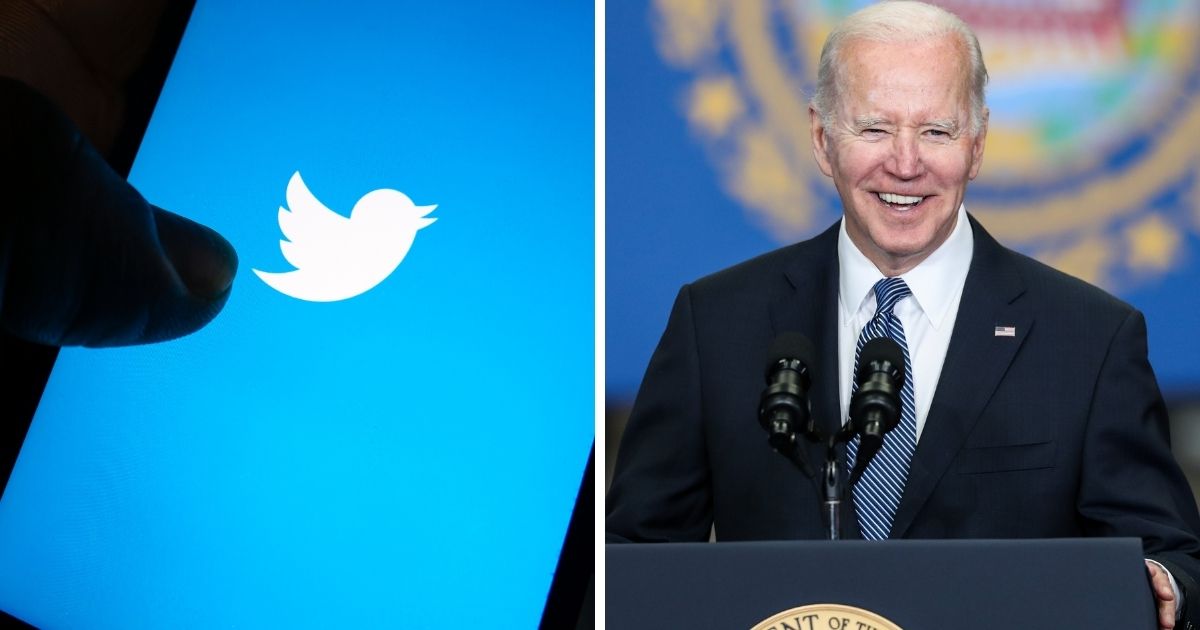 In the report, titled “Protecting the President,” the MRC’s Free Speech America campaign clocked “more than 640 examples of bans, deleted content and other speech restrictions placed on those who criticized Biden on social media over the past two years.”

Nowhere was the censorship more acute than in the case of Hunter Biden’s laptop, first reported on by the New York Post in October of 2020.

That laptop, left behind at a computer repair shop by the then-future president’s son in 2019, included bombshell evidence regarding “allegedly corrupt foreign business dealings” by both Hunter and other members of the Biden family, MRC noted.

While the laptop story was censored across social media, Twitter was by far the worst offender, giving numerous reasons for squashing the reports.

“The categories listed for Twitter’s warning included ‘malicious links that could steal personal information or harm electronic devices,’ ‘spammy links,’ ‘violent or misleading content that could lead to real-world harm,’ or other content that would violate Twitter’s rules if posted directly on Twitter,” the report stated.

It wasn’t just the laptop story, though — nor could it be blamed on outré conspiracy theories. In some cases, major outlets found themselves censored for talking about inflation.

One censorship action was taken after the advocacy arm of conservative think-tank the Heritage Foundation posted a video that contained statements Biden had made about energy policy that hadn’t aged well, the report stated.

“Facebook placed an interstitial, or filter, over Heritage Action’s video, suppressing the post’s reach. The video showed Biden and officials in his administration explaining how his policies would cause gas prices to rise,” MRC noted.

Instead, “the largest category by far included users who dared to call out Biden’s notoriously creepy, touchy-feely behavior around women and children. The 232 cases of comedic memes, videos, or generic posts about Biden’s conduct composed more than one-third of CensorTrack’s total instances of users censored for criticizing the president,” the report stated.

Of course, the president’s predilection for invading the personal space of people who didn’t want it invaded (to put it delicately) isn’t a made-up story. In fact, he more or less apologized for it after several women came forward during the campaign saying he had made them uncomfortable:

Social norms are changing. I understand that, and I’ve heard what these women are saying. Politics to me has always been about making connections, but I will be more mindful about respecting personal space in the future. That’s my responsibility and I will meet it. pic.twitter.com/Ya2mf5ODts

The contents of Hunter Biden’s laptop are also being felicitously confirmed as real by mainstream media organizations 18 months after voters could have used the information to make an informed decision about voting for Joe Biden. As for inflation, well, confirm it at your local grocery store or gas pump.

But, as Obama said in his speech last week, social media still isn’t doing enough — and he had a stark warning for Big Tech.

The only issue with that is the verb tenses Obama used when talking about Big Tech: The Democrats have controlled them. They have remade them. And that’s still not enough.

“These companies need to have some other North star other than just making money and increasing market share. Fix the problem that in part they helped create, but also to stand for something bigger,” Obama said.

Presumably, when he said “stand for something bigger,” what he meant was a Biden-related censorship total for Big Tech that numbered in the thousands, not just the hundreds.

It was almost as if Obama was repeating a variation on his famous campaign slogan: “Yes, they can.”