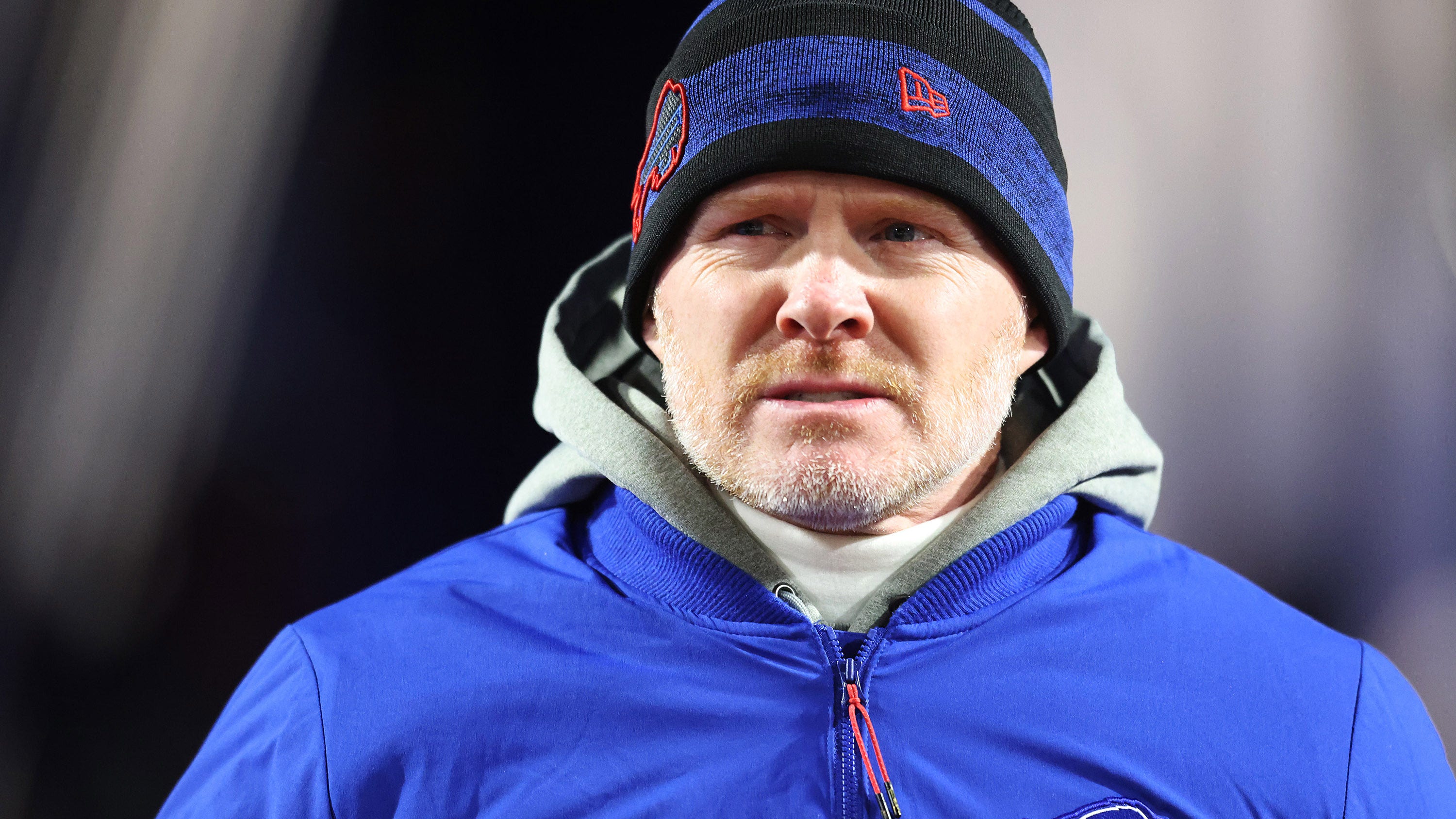 Snow, wind and the bitter cold were certainly factors in the New England Patriots 14-10 win over the Buffalo Bills but head coach Sean McDermott hesitated to add Bill Belichick into the mix.

McDermott was asked by a reporter during his post-game press conference about the “psychological component” of playing against Belichick, but he didn’t appear interested in that storyline.

“Let’s not give more credit than we need to, give credit to Bill Belichick in this one,” he said. “Whether it’s Bill or anybody else — they beat us, right?”

The Patriots managed just three pass attempts, marking a franchise low and the fewest passes by a winning team in the last 30 seasons. Despite this, New England secured a win on their run game, averaging 4.9 yards per carry on 46 runs.

Bills safeties Micah Hyde and Jordan Poyer also snapped back at a reporter who asked if they were “embarrassed” by Buffalo’s run defense.

ORCHARD PARK, NEW YORK – DECEMBER 06: Rhamondre Stevenson #38 of the New England Patriots carries the ball as Jordan Poyer #21 of the Buffalo Bills tackles in the third quarter of the game at Highmark Stadium on December 06, 2021 in Orchard Park, New York.
(Photo by Timothy T Ludwig/Getty Images)

“It’s all about respect. I come here every single week and I answer your questions truthfully, honestly,” Hyde said. “I appreciate you guys, don’t do that.”

The Patriots (9-4) improved to 6-0 on the road this season and now have a two-win edge over the Bills (7-5) in the AFC East standings.