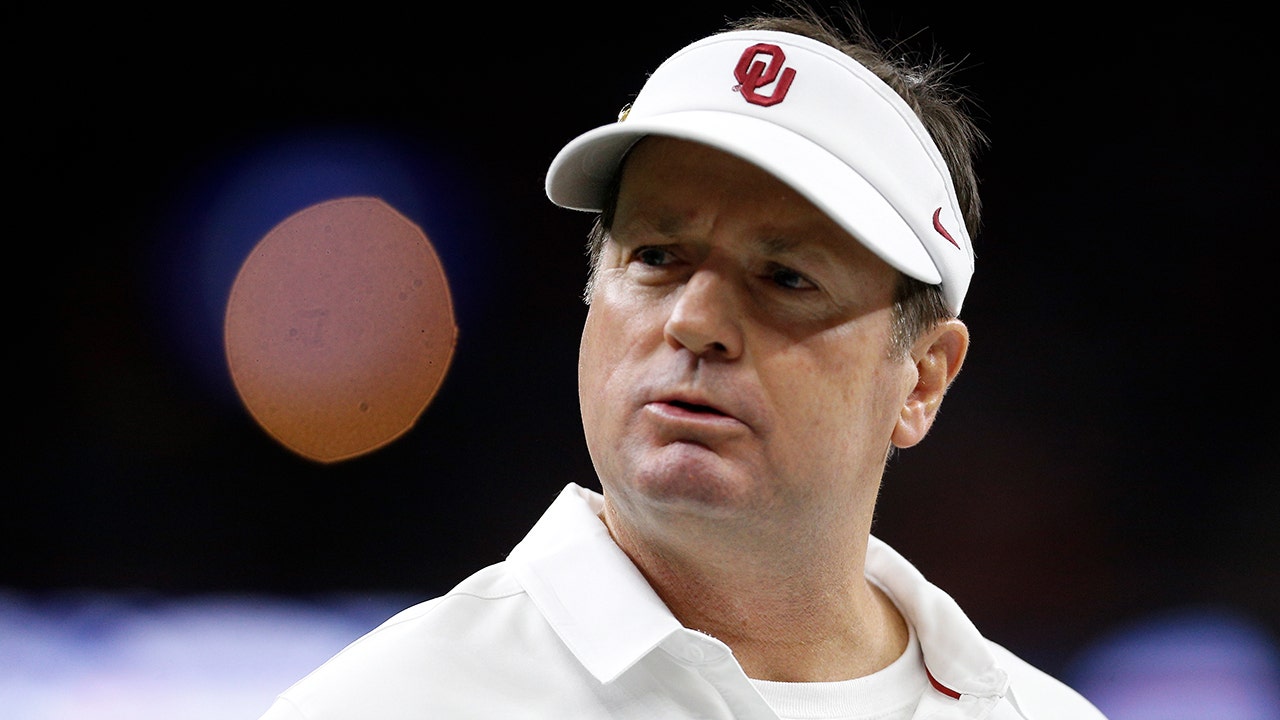 The ongoing soap opera of the Name, Image, and Likeness (NIL) landscape is not disappearing anytime soon, whether coaches like it or not. Yes, there will be some type of legislation eventually passed, but Bob Stoops called the rules established by the NCAA a failure.

There’s no need to re-hash all that has transpired over the past twelve months when it comes to NIL. But what most college coaches agree on is how the lack of rule structure has made this the wild west of college athletics. How does the NCAA expect to all of a sudden stop the influence of boosters? They aren’t just going to magically disappear after all the involvement we’ve seen in the last several months.

DEION SANDERS WANTS PLAYERS FOCUSING ON ‘NFL, NOT THE NIL’

Head coach Bob Stoops of the Oklahoma Sooners looks on against the Auburn Tigers during the Allstate Sugar Bowl at the Mercedes-Benz Superdome on January 2, 2017 in New Orleans, Louisiana.
(Jonathan Bachman/Getty Images)

But this all goes back to the NCAA, which wasn’t prepared or didn’t care enough to look at what NIL would do once folks figured out that it could be used for other purposes besides a deal with a local bar. What we are seeing now is a massive change in how we approach paying players, who deserve to be paid by the way. But the coaches are now looking around the country and are fed up with having to engage in a public bidding war for a player. When it was all done under the table, at least they didn’t have to discuss it.

Former Oklahoma coach Bob Stoops appeared on ‘The Rush’, a talk show hosted by Tyler McComas and Teddy Lehman and broadcast around the state of Oklahoma. During his appearance, Stoops made a point to say how bad the NCAA has done in enforcing laws for one problem, while they make hasty decisions regarding other cases that come across their desk.

“The bottom line, be careful what you wish for. It’s totally different than what we’ve been used to. My opinion, we need a new leadership group. The NCAA and the way it’s been has really failed overall. Who goes by rules anymore and how they enforce it just seems so ambiguous. Look at Oklahoma State and their basketball program and what happened to them, brutal and just so wrong and so late. And then other teams, nothing happens to them.

Head Coach Bob Stoops of the Oklahoma Sooners poses for pictures with the team after the game against the Oklahoma State Cowboys December 3, 2016 at Gaylord Family-Oklahoma Memorial Stadium in Norman, Oklahoma.
(Brett Deering/Getty Images)

“I’m not pointing fingers at anyone, it happens in football too,” Stoops added. “I’ve been very disillusioned for a long, long time on the NCAA. Just through my football years and how they enforce things or don’t.”

GIVE IT A SHOT: BOB STOOPS WOULDN’T MIND TAKING A TEQUILA BATH

Stoops then mentioned an idea that may gain traction now that the NCAA has failed so miserably.

“Maybe we need to have a new league of Power Five teams that have their own league, with their own whatever it be — commissioner, or governing board. You may have to put a salary cap on everybody and every team. Who knows? I don’t know. Again, I’m not living it like these other people are. But from afar, it looks like right now, nobody has control of anything. I don’t know if that’s ever good.”

It’s not surprising to hear former coaches and even current ones behind the scenes talk about breaking off into their own league, leaving the NCAA behind. The lack of control by the NCAA has been brought to the forefront on many occasions over the past few years, and it doesn’t look like things will get any better anytime soon. Even when the NCAA decides to hire a new president, that person will probably need several years to fix the issues in some sports.

So hearing Stoops talk about some conferences leaving the NCAA and finding their own way of regulating football isn’t far-fetched. This latest example of NIL is just another topic that the NCAA decided to drag their feet on, so they have nobody to blame but themselves.

Bob Stoops the head coach of the Oklahoma Sooners talks to his team against the Tennessee Volunteers at Neyland Stadium on September 12, 2015 in Knoxville, Tennessee.
(Andy Lyons/Getty Images)

But Bob Stoops has no idea how college football is being governed at the moment.

“Even the NFL has some rules, restrictions, guidelines, salary caps. Right?” Stoops added. “All of that. And I don’t know right now if college football has any of that.”

Safe to assume Bob Stoops is not a fan of how the NCAA has been run during this onslaught of new ideas in college football. But it’s also hard to find someone who doesn’t agree with him.