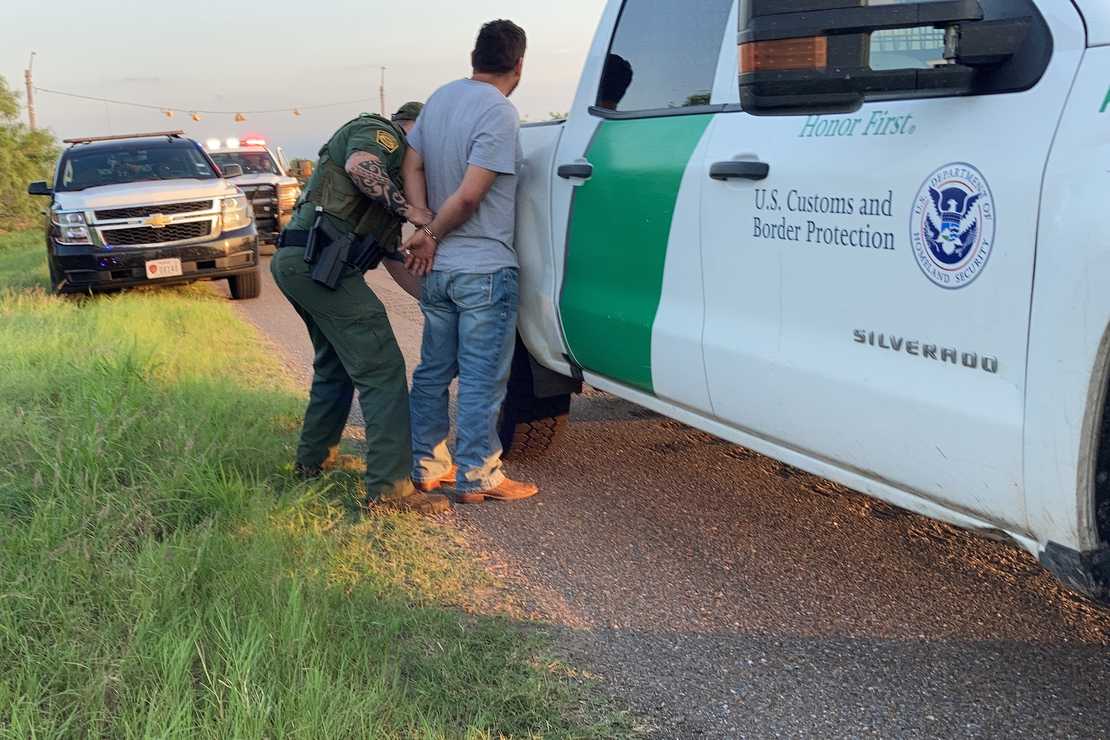 It’s a story that just keeps going with no end in sight. Border apprehensions are being reported up again for the month of March. Another record has been set. The Biden administration is failing on epically spectacular levels and handling illegal migration is at the top of the list. It should be blatantly obvious even to Americans not paying very much attention to the Southern border that Joe Biden does not care about American sovereignty. It’s sure clear to non-Americans hoping to cross the border and stay here, with or without breaking federal immigration law.

The number of illegal migrants apprehended by Border Patrol agents for the month of March is 221,303. That number is a 28% increase from last year. In March 2021, that number was 173,277 and in March 2020, the number was 34,460. The increase that followed Biden’s election is staggering. It feels like I am writing the same post over and over again. This story will get even more alarming as we proceed into the next couple of months since Biden, DHS Secretary Mayorkas, and the CDC have all confirmed the intention to put a stop to using Title 42 at the border. Never mind the hypocrisy in play that the pandemic is alive and thriving when it comes to renewing the mask mandates in place for public transportation yet Title 42 should be stopped because the pandemic is essentially over now. Apparently, the virus knows when it is at the border and when it is on an airplane or a train.

In just five weeks, Title 42 will be gone and those working on the US-Mexico border will experience a new wave of migrants crossing either at a port of entry or outside ports of entry, such as just wading through the Rio Grande River or crossing desert land into either Texas or Arizona. Morale is low with Border Patrol agents and they are overwhelmed as it stands now. There are not enough resources, either in personnel or funds, for law enforcement to handle the Biden border crisis. Border towns and cities are without enough resources to manage the situation. Cartels are thriving with the opportunities or human trafficking and illegal drug trafficking.

Arizona’s governor has called for DHS Secretary Mayorkas to step down since he refuses to do his job. Fourteen attorneys general have called for Mayorkas’ resignation. Border states are left on their own to secure the border and manage the humanitarian crisis, as well as the potential public health crisis, that comes with such high numbers of illegal migration. There is simply not enough resources to handle basic human needs like shelter so the Biden administration is moving them away from the border and into the interior of the United States. Migrants are arriving on busses or on planes in the middle of the night to ease the overcrowding at the border. It’s not just Republicans who are worried about lifting Title 42 – Democrats are also speaking out against it.

Governor Abbott in Texas has created headlines this week for implementing a policy made out of desperation. He ordered every single commercial vehicle to be inspected at ports of entry to combat human trafficking and drug cartels. The blowback from business owners and farmers was swift as delays and work stoppages resulted. Trucks were backed up on the other side of the border for hours, some for days, waiting to proceed and deliver agricultural and other products. Abbott’s actions worked, though, and all four Mexican border state governors have signed agreements with Abbott to work with him on illegal migration.

Former acting ICE director Tom Homan points to the fact that Biden and Mayorkas frequently criticize the previous administration for inhumane methods of securing the border yet Homan says that more migrants have died because of Biden’s policies and neglect. He cites the opioid crisis and the record numbers in the amounts of fentanyl coming across the border.

‘Let me be clear on this. More migrants have died under the first year of Joe Biden on U.S. soil than any year I can remember.

‘A record number – more migrants are dying under Joe Biden, and over 100,000 Americans have died over overdose deaths of fentanyl comes across that southwest border.

‘His policies are inhumane and they’re killing people.’

On Friday, 18 Republican attorneys general joined a lawsuit to force the White House to keep Title 42 in place. What else is left for states to do? Every state will turn into a border state with the continued distribution of those here illegally throughout the country.

The suit, first filed by the Republican attorneys general of Arizona, Louisiana and Missouri earlier this month, says that the administration’s ‘disastrous border policies’ would lead to ‘unmitigated chaos and catastrophe’ if Title 42 is revoked.

‘They’re overwhelmed. They’re going to lose complete operational control of the border, if and when that surge happens,’ said Katko, who is the ranking member on the House Homeland Security Committee.

‘Everyone, including Homeland Secretary Mayorkas, understands that a surge is coming after Title 42 is gone.’

Mayorkas said that DHS is working to put actions in place to cope with the projected increase of border crossings when Title 42 ends. With the track record Mayorkas has to date, that is pretty hard to believe. Biden has no interest in the border or the states along the border who are dealing with the crisis he created. It is a dereliction of duty. His top job is to keep the homeland safe. Illegal migrants are arriving at the border from all around the world, not just from Mexico or Central America. What about the nefarious characters who are slipping through the cracks, the “got aways”? Open borders are a national security risk and a humanitarian disaster. Biden hasn’t even bothered to travel to the border to get a first hand look at what is happening. He handed off any responsibility for the border to Kamala and the rest is history.