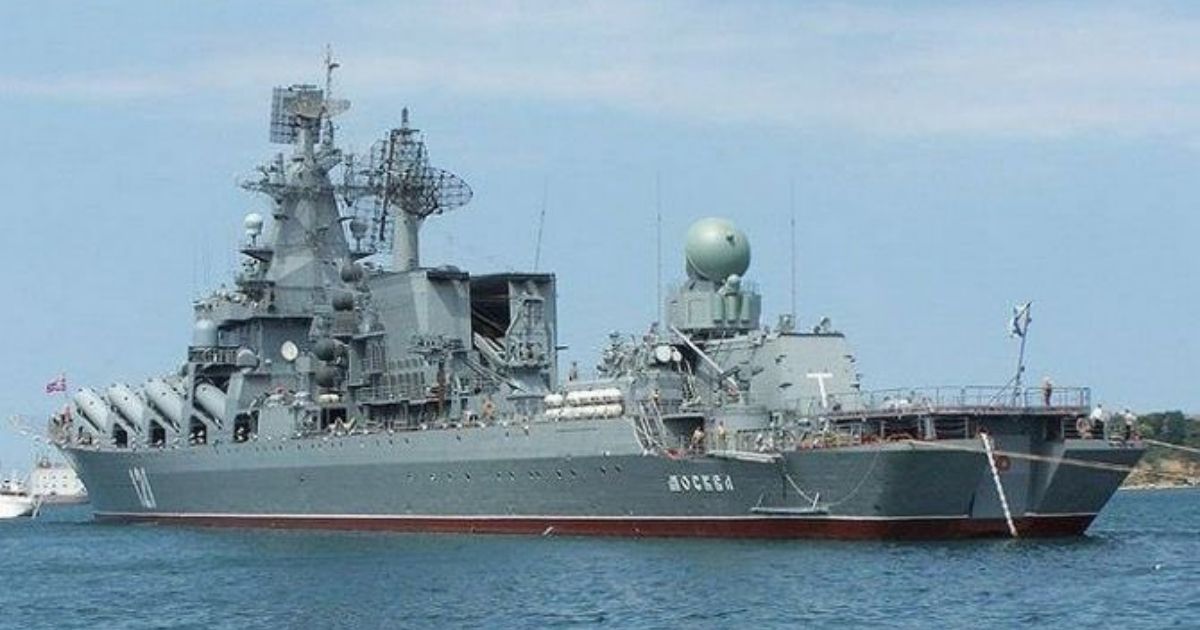 On Thursday, the Ukrainian military launched two missiles at the Moskva, the flagship of Russia’s Black Sea fleet, off the Crimean coast.

The strike triggered an ammunition explosion that caused massive damage to the ship. As the Moskva, a guided-missile cruiser, was being towed to the nearby port of Sevastopol, it sank.

Now, analysts are concerned that the ship may have been carrying two nuclear warheads, according to the Daily Mail. They’re calling for an immediate investigation into the possible “broken arrow” incident, which the outlet explained is “military slang for an accident with nukes.”

As Third Texas Bus Unloads Another Wave of Migrants on DC Streets, Open Border Politicians Should Be Coming to a Grim Realization

U.S. intelligence does not believe the Moskva was carrying nuclear weapons, according to the New York Post.

However, citing East2West News, the Post reported that Mykhailo Samus, deputy director of the Center for Army, Conversion and Disarmament Studies, said there could be “two units” on the ship. But he noted the weapons would have been kept in a “protected place” and were most likely unharmed by the explosion.

Ukraine’s Defense Express News reported that “the Moskva missile cruiser, which overturned and began to sink after being hit by R-360 Neptune missiles, is a carrier of nuclear weapons.”

“In particular, these are anti-ship missiles P-1000 ‘Vulkan,’ of which the ship has 16 units,” the outlet reported.

Do you think Putin will launch a nuclear weapon?

“This information is not a secret at all, because this cruiser is designed to destroy aircraft carrier strike groups. But the main issue is the placement of P-1000 missiles. … That is, are nuclear munitions always on board, or are they loaded only by special order?”

An explanation may have to wait, because it’s likely the Russians are in no mood to cooperate.

First, they are humiliated. Russian media is reporting that a fire aboard the Moskva caused the damage rather than admitting it was hit by Ukrainian missiles.

Second, the loss of the ship is more than just an embarrassment for the Russians; it’s a serious military setback.

Eastern Europe expert Sergej Sumlenny and former Defense Department official Trent Telenko explained on Twitter why the sinking of the Moskva is a “disaster” for Russia.

Russia’s Submarines Are Bigger Than Ours, But When the Launch Doors Open It’s Immediately Clear That Size Doesn’t Matter

Because Turkey will not allow any new Russian vessels to enter the Black Sea, the Moskva cannot be replaced.

The loss of Russian Black Sea Fleet flagship “Moskva” destroyed yesterday by Ukrainian army is huge. Here are the reasons:
1) “Moskva” had a top radar system crucial for anti-air support for the fleet
2) Russia has very few tier 1 naval vessels. No one is left in the Black Sea /1

2.1) Effectively, Russians have only 3 tier 1 vessels left for 4 Fleets. It’s a disaster;
3) As Turkey does not let new Russian vessels enter the Black Sea, no replacement for “Moskva” possible;
4) The flagship crew was elite 500+ men. Only 54 seem to be rescued /2

The ship deterred air traffic in the southern part of Ukraine, so its loss opens up the skies to air support.

Why nailing Moskva was vital to the Ukrainian airpower in the South & Black Sea.

Via DM:
“She carries 64 S-300’s, she’s basically a massive area denial asset for Ukrainian aviation in the south. If she’s down, they’re going to swarm that front with air support.”
1/ https://t.co/kuaXp7GOAS

This strike was battlefield preparation for the pending Ukrainian push out of Kherson.

Ukrainian TB2 can now roam to the Black Sea Coast into Crimea like they did when they nailed the 60-car Russian Fuel train.

According to the Mirror, since the sinking of the Moskva, Russian state media is reporting that World War III has begun.

The significance of this loss for Russia cannot be overstated; it was a seminal moment in this war.