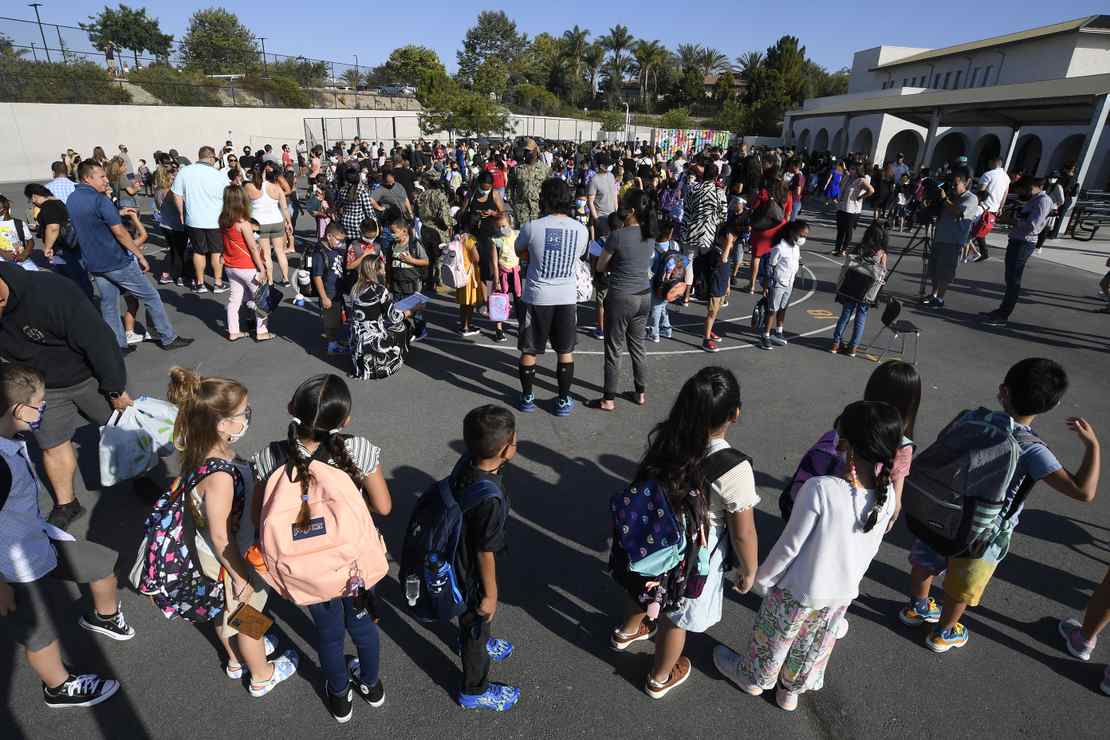 The decision to end school mask mandates in Illinois came after a lawsuit filed by parents. Just three weeks ago a judge issued a temporary restraining order ending the mandates and Gov. Pritzker vowed to appeal.

“This court acknowledges the tragic toll the COVID-19 pandemic has taken, not only on this state but throughout the nation and globe,” Grischow wrote in a ruling that affects 146 Illinois school districts, including the public school system in Chicago. “Nonetheless, it is the duty of the Courts to preserve the rule of law and ensure that all branches of government act within the boundaries of the authority granted under the Constitution.”

Pritzker had harsh words for the judge’s decision and quickly urged the state’s attorney general’s office to appeal, suggesting the ruling could spark another surge in the virus and force schools to close their doors and revert to online classes.

Last Friday the Illinois Supreme Court denied Pritzker’s appeal and in response he announced the mandate would end today. However, students in Chicago will have to keep masking until the far left Chicago Teacher’s Union decides it is satisfied.

Mask mandates ended in most of Chicago and Illinois Monday, but not in the state’s largest school district.

Chicago Public Schools CEO Pedro Martinez reminded families in a Sunday letter that universal masking is still required in all of its schools and offices “for now.”

Martinez thanked families for their patience. He said the district is reviewing the latest recommendations on masks and “working with our labor and public health partners on how to preserve a safe, healthy learning environment for all as we transition into this new phase of the pandemic.”

Something very similar is taking place in California. Gov. Newsom announced school masking would end on March 12. However, the teacher’s union in San Francisco says they won’t abide by that decision:

“Universal indoor masking will continue to be in effect at SFUSD as part of our layered approach to reduce the spread of COVID-19 in our schools,” said district Deputy Superintendent Gentle Blythe.

The decision stands in contrast to the San Francisco Department of Public Health, which announced late Monday that it would follow the state’s lead and will not require masks in schools when the mandate lifts, although they will still be strongly recommended…

District parent Cindy Burg said she was thrilled when the state announced the change Monday, saying it should be a choice to mask at this point. But it became clear within an hour that her son, who is in the second grade, would not be able to take his off anytime soon.

“It is disappointing to hear that in a county with some of the lowest rates in the country and some of the highest vaccination rates, we cannot lift the mask mandate for our kids,” she said, adding state and federal officials — and science — now say it’s time to do so.

According to the Chronicle, 87% of kids over five are vaccinated in San Francisco. Mask mandates for kids make no sense now, much less into late March. Outgoing San Francisco School Board member Alison Collins is of course siding with unions.

For folks who say SFUSD should be “like NY”, please read this 🧵. Lifting mask mandates too soon has the potential to push even more educators out of the classroom. (I know it might mean the same for kids who live with elders and immunocompromised family members, too.) https://t.co/PGRGq45ckb

Fortunately, Collins has been recalled and will be out of a job in a few more weeks. If only we could get rid of the teachers’ unions as well.