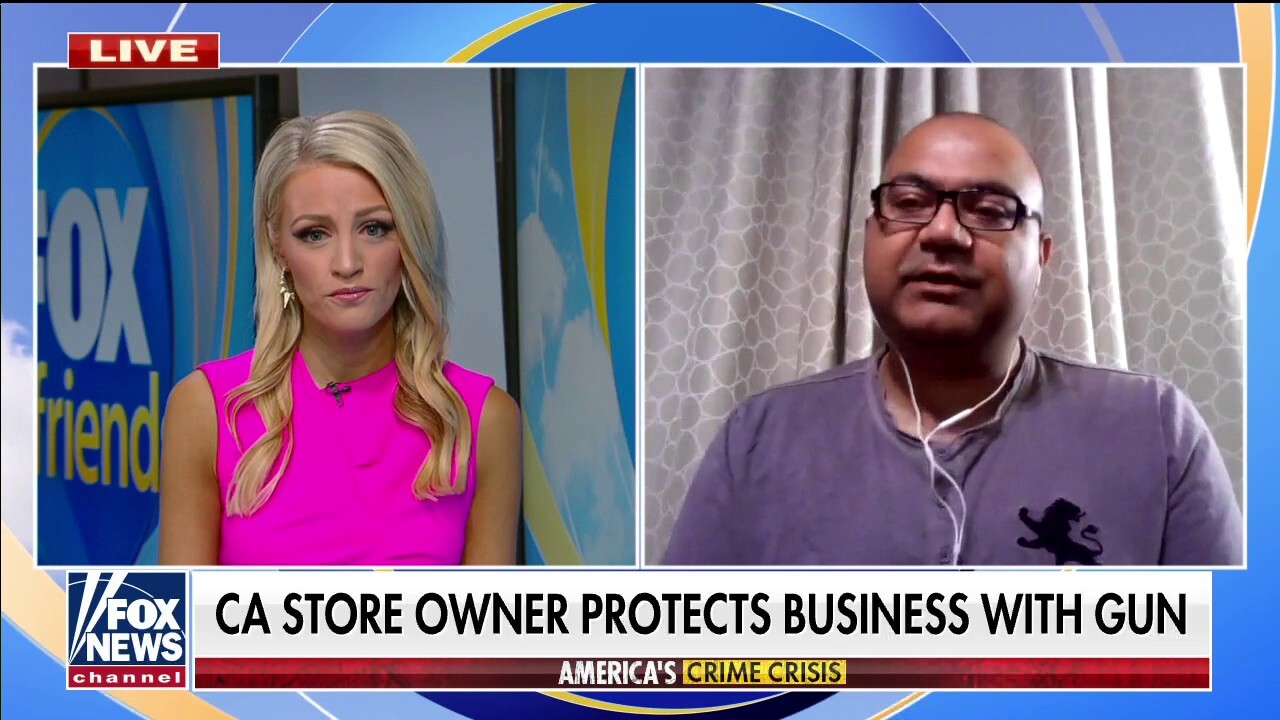 A California jewelry store owner, who stopped smash-and-grab-robbers in their tracks with his legally owned handgun, spoke out Tuesday as a crime surge continues in the area.

Owner of Maaz Jewelers Usman Bhatti joined “Fox & Friends” to discuss the thwarted attack and the recent string of smash-and-grab robberies and other crimes in the Bay Area.

“It was terrible… those incidents had started like in October, so it’s been like four months,” Bhatti told Carley Shimkus. “And then we [have] all been waiting for that moment, you know, like they’re going everywhere.”

He said he believes softer policies by liberal prosecutors are why criminals continue to strike.

SMASH AND GRAB ROBBERS TERRORIZE CALIFORNIA JEWELRY STORE EMPLOYEES: ‘WEREN’T SURE IF THEY WERE GOING TO DIE’

One Bay Area jewelry store owner took matters into his own hands and stopped would-be smash-and-grab robbers from taking any merchandise.
(Usman Bhatti)

“They know they will get away with that, and then nothing has happened so far, and… nobody’s doing anything,” Bhatti said. “They got all the surveillance videos… they have been working on them but haven’t heard anything.”

“For them, they know that nothing [is] going to happen,” he continued.

According to the San Bruno Police Department, the incident happened in Tanforan Mall on January 21 in the middle of the afternoon.

There were reportedly five suspects who approached the store and began smashing display cases, but Bhatti was ultimately able to thwart the attack after pointing his legally-owned firearm.

The gun was not discharged, and no one was injured during the attempted robbery, according to police.

Bhatti said it was a matter of time before his store was hit.