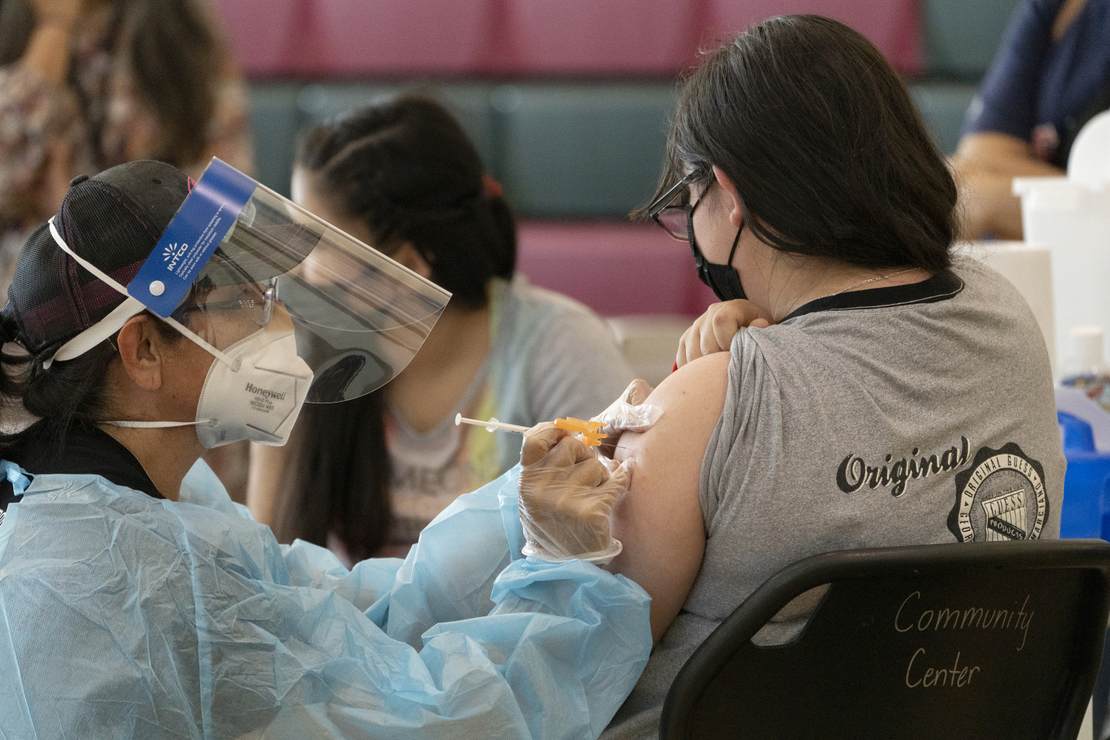 Has the world overreacted to the emergence of the Omicron variant, or should we prepare for potential setbacks in the COVID-19 pandemic? Yes, says Dr. Angelique Coetzee, the chair of the South African Medical Association and the woman who helped discover the new variant. It’s one thing to be vigilant, but it’s another entirely to panic, Coetzee writes at the Daily Mail:

Quite simply, I have been stunned at the response – and especially from Britain.

And let me be clear: nothing I have seen about this new variant warrants the extreme action the UK government has taken in response to it.

No one here in South Africa is known to have been hospitalised with the Omicron variant, nor is anyone here believed to have fallen seriously ill with it.

Yet Britain and other European nations have reacted with heavy travel restrictions on flights from across southern Africa, as well as imposing tighter rules at home on mask-wearing, fines and extended quarantines.

The simple truth is: we don’t know yet anywhere near enough about Omicron to make such judgments or to impose such policies.

The Daily Mail first published this essay two days ago, nearly at the same time that Coetzee gave an interview to the BBC that got picked up by NBC. That’s an important point to which we’ll return in a moment. The essay has picked up steam on social media as an image from the printed material:

Yes, please do read it. https://t.co/ADByB8uyEc

It’s worth noting that Coetzee wrote this less for epidemiological reasons and more for political reasons. South Africa has complained that the travel bans unfairly punish them for performing actual scientific methodology and responsibly keeping the world abreast of their work. “Excellent science should be applauded,” Coetzee quotes her government’s argument against the travel bans, “not punished.” That’s especially true while no one has found a single severe case of COVID-19 from the Omicron variant, at least as of Coetzee’s writing:

So far, the patients who’ve tested positive for Omicron here have been mainly young men – a mixture of vaccinated and unvaccinated (though, in our statistics, ‘unvaccinated’ can also mean ‘single-vaccinated’).

Only yesterday, I saw five more patients who had tested positive for the new variant. They all had a very mild illness.

So, at the moment, I’m afraid it seems to me that Britain is merely hyping up the alarm about this variant unnecessarily.

One can see why people on the Right have been busily retweeting this editorial. Coetzee said much the same to the BBC in her interview, although with a bit more nuance. When conservatives attempted to use that interview to argue against Omicronysteria, Snopes offered up a snippy but narrowly accurate fact check against claims that Coetzee had concluded that there was “nothing to worry about”:

During the BBC interview, Coetzee said that the omicron variant might already be present in other countries. She also said that there was no reason to panic “at this stage,” referring to what was known about the variant as of Nov. 28. However, nowhere during the interview did Coetzee say or imply that there would be “nothing to worry about” in terms of what we might see in the future from the omicron variant.

In an interview with VICE News that was published on Nov. 29, Coetzee discussed the issue of overhyping the variant before medical professionals could learn more about it …

Coetzee’s statement that “we’re not saying it’s never going to be a huge crisis going forward” once again demonstrated how misleading it was to claim she said there is “nothing to worry about.”

That’s a fair point to one interpretation of what Coetzee said. Clearly, though, what she said in those interviews and what she wrote shortly afterward was that there isn’t any reason to panic about it, either. Yes, Omicron appears to be much more transmissible than Delta, at least at the moment, and it has a large number of mutations. But Coetzee points out that it thus far has not prompted even a serious illness, let alone a severe one. That could result, Coetzee suggests, in making Omicron a useful variant in generating herd immunity if it turns out to be as benign as it looks, especially among those who refuse vaccinations now.

Some of those passing along this editorial might not like Coetzee’s parting shot on that point, pun very much intended and emphasis mine:

Yes, the picture might one day look different. I have yet to see older, unvaccinated people infected with the new variant, for example, and they might well present with a more severe form of the disease.

But the reality is that Covid is something we have to learn to live with. Look after yourself and get your vaccines. Above all, don’t panic – and that goes for governments as well.

Coetzee’s hardly endorsing the idea that vaccinations are irrelevant. Even if Omicron is a relatively benign way to acquire ‘natural’ immunity, why wait? Get vaccinated and get ahead of the curve. If you then run across a less-benign variant first, your body will be more prepared to fight it and produce a less-severe illness.

Finally, Coetzee reminds us that COVID-19 is here to stay. We can’t eliminate it; that window closed in China by January 2020. We have to learn to live with it, and that means not panicking with every new variant but preparing ourselves with all the tools at our disposal, including vaccines. Let’s hope everyone pays attention to all of what Coetzee writes here, and not just the parts they like.