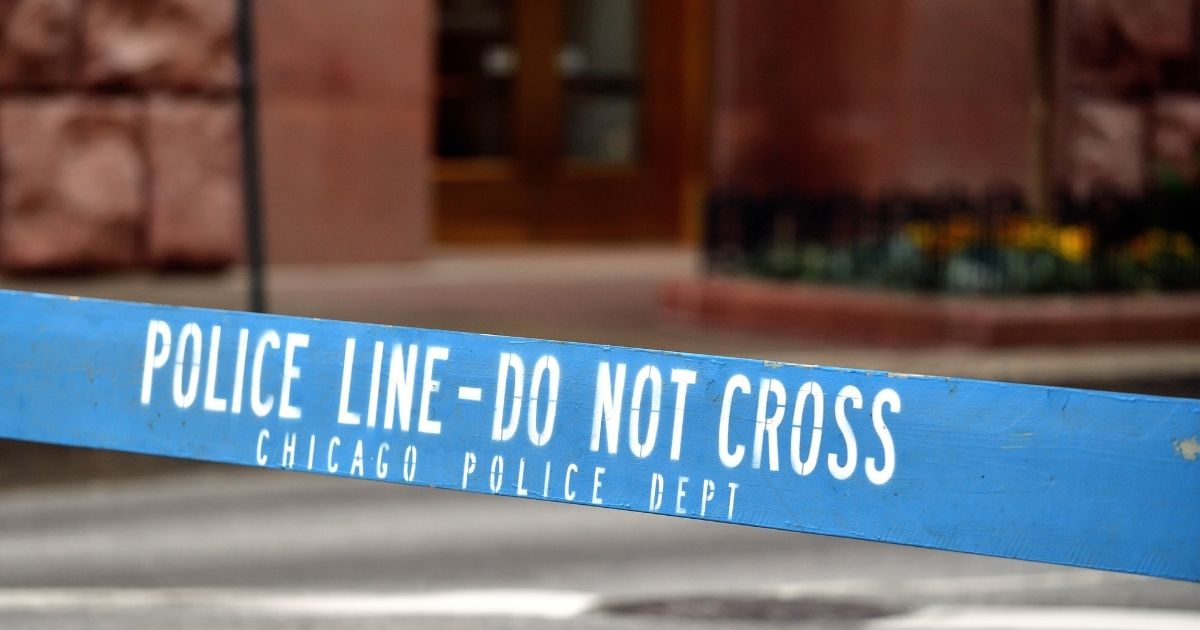 The city of Chicago continues to drown in waves of bloody murders, violent crime and carjackings, and a recent video showing a brutal robbery that resulted in a vicious shooting shows just how bold Chicago’s criminal element has become.

The brazen attack occurred on Friday in the Windy City’s Lincoln Park neighborhood just after 3 a.m., according to WSNS-TV.

Surveillance video that captured the attempted murder showed a young man walking alone with a bag. This victim has been identified as Dakotah Earley, a 23-year-old culinary student.

Robbery and Shooting in Chicago. pic.twitter.com/vMZNYzzcVL

As Earley walked along, another male, wearing a white hoodie and appearing to be in his 20s, is seen stalking the victim by hiding around the corner of a building. When Earley gets closer, this attacker jumped out, aimed what appeared to be a gun and seemed to be demanding the victim’s belongings.

Earley handed the attacker his bag and then began to go into his pants pockets. But Earley suddenly lunges at the robber, and the two begin to tussle. Earley falls to the ground with the attacker on top of him.

The attacker then got assistance from a fellow criminal who jumped out of the white sedan in which the two arrived at the scene.

Would you fee safe visiting Chicago?

The Chicago Police told the media that witnesses told them that the one or both of the crooks fired the two rounds into Earley’s back. Then, when they retrieved his cellphone, they forced him to give them his security password. Once he gave up the code, one of them shot Earley in the head to finish him off.

The victim was eventually transported to a local hospital where he is currently on life support and listed in critical condition, according to the family’s GoFundMe page.

The CPD has not announced arrests; however, they say they have identified and located the white sedan used in the attack.

Chicago continues to drown in crime, with murder and carjackings especially on the rise. It is so bad that the CPD announced a new deployment of more officers for the streets ahead of the Mother’s Day weekend, WSNS-TV reported.

Crime is so bad, the city is now finding dangerous conditions even in neighborhoods where crime was nearly absent in the past. In the city’s downtown business and shopping district called “the Loop,” for instance, carjackings have more than doubled, while robberies are up 177%. And aggravated assaults are up an estimated 433% compared to 2021, according to WSNS-TV.

“We’re starting to see increases in areas that we normally don’t have those increases,” Brown said, according to the Chicago Sun-Times.

Eventually, she reached an agreement with the City Council to cut $59 million from the police budget, as The Western Journal reported last month.

Cuts for her private CPD security force were not in the cards, though. Not only does the mayor have a 20-officer personal security detail, she also added a new line to the budget to fund a 65-officer “Government Security Detail.”

Data from 2016 compiled by Governing.com shows that the Windy City had about 43.9 officers per 10,000 residents. Along those lines, the mayor’s 20 bodyguards plus the 65 additional officers could be serving almost 20,000 Chicago residents.

Even more absurdly, Lightfoot is just itching to fire hundreds of Chicago cops because they have thus far rejected her demands to take the coronavirus vaccine.

It seems that at every step, Mayor Lori Lightfoot is working to make Chicago a more dangerous place to live.