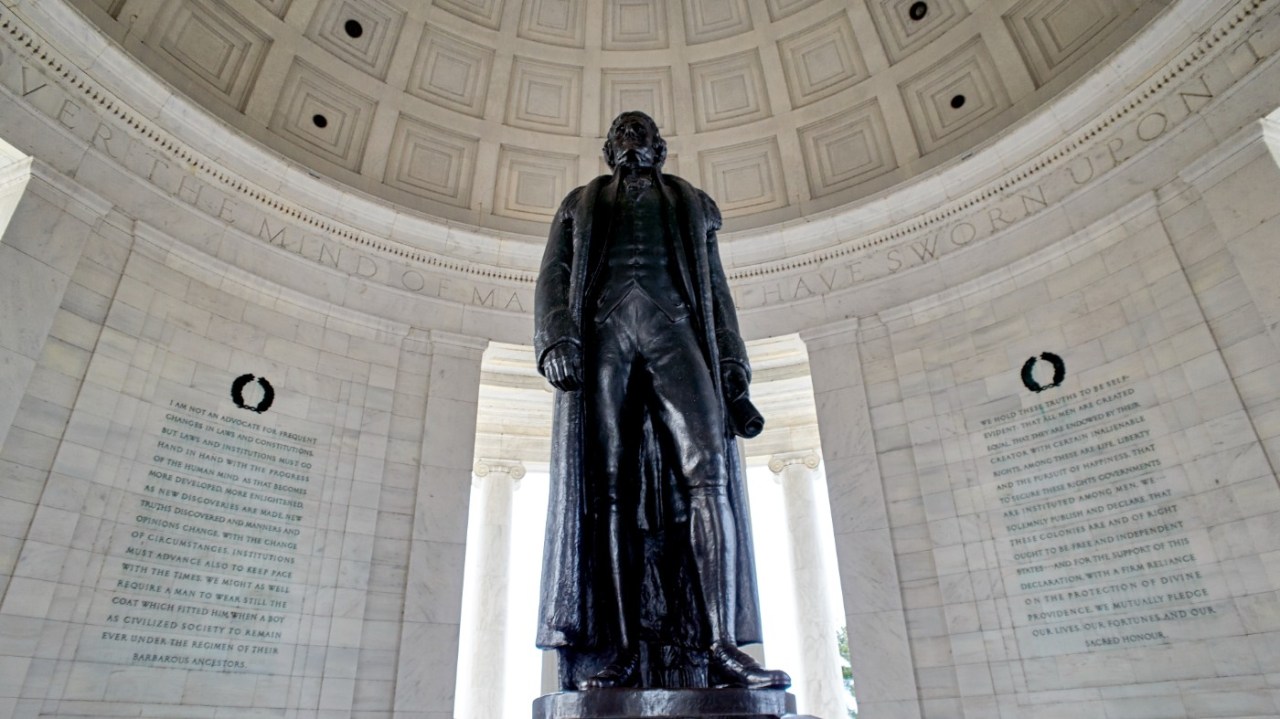 Others are free to disagree, of course, but I believe the United States to be the greatest nation on the face of the earth. Our nation was envisioned and created — at great risk to their personal safety, as well as to that of their families — by Thomas Jefferson, James Madison, George Washington, John Hancock, John Adams and other Founding Fathers.

Yet, many on the political left want to “cancel” those founders.

In one of the latest examples of this cancel culture movement, following a year-long campaign, an elementary school in New Jersey has changed its name from honoring Thomas Jefferson to honoring Delia Bolden, the first Black woman to graduate from high school locally.

Another example involves an “inadvertent” proposal from the Virginia Department of Education, seeking to delete references to George Washington as the “Father of our Country” and to James Madison as the “Father of the Constitution.” It was a proposal that Virginia’s Republican governor, Glenn Youngkin, instantly condemned, making clear that his administration would “reinforce” the fact that the Founding Fathers did create our nation.

Said the governor, “I believe we should tell our history accurately, the good and the bad. And part of the history we’re going to tell is that our Founding Fathers, including George Washington and James Madison, and let’s not forget about Thomas Jefferson and Patrick Henry and the others, played an extraordinary role in the founding of our nation.”

This comes on the heels of a recent protest in Boston to remove the name of Founding Father Peter Faneuil from historic Faneuil Hall in downtown Boston. Why? Because, according to one of the protestors, “We should not have the name of a white supremacist attached to a publicly-owned building. That’s who he was: a white supremacist, a human trafficker.”

Prior to that were recent articles in the New York Post and elsewhere, reporting that the homes of Jefferson and Madison, Monticello and Montpelier, respectively, are going “woke” and being turned against their legacies.

Just before the July 4 weekend, a California school board member called for that holiday to be “boycotted,” rather than celebrated; some Arizona Democrats advertised a “F*** the Fourth” event; and city officials in Orlando, Fla., later apologized for a July 4 statement which said, in part, that “A lot of people probably don’t want to celebrate our nation right now, and we can’t blame them … .”

In May, an opinion column in The Washington Post called for the renaming of George Washington University. Why? You guessed it: Because the school, according to the columnist, is “rooted in systemic racism, institutional inequality and white supremacy.”

And before that … well, you get the idea.

Alarmingly — at least to me, since I spent the past year writing a book celebrating these Founding Fathers, the Fourth of July, and our seemingly disappearing rights and liberties — the desire to cancel our Founders, to sandblast their names from buildings, remove their statues and belittle their genius, courage and sacrifice, appears to be a growing, potentially unstoppable trend.

It should not be.

If our history is bad, let’s condemn it and learn from it. If our history is good, let’s praise it and build upon it. But let’s not cancel our shared history, which is what totalitarian regimes do.

Many of these attacks and the canceling of the Founding Fathers comes down to the subject of slavery. The practice of slavery was — and in some places, remains — obscene, a crime against humanity. On this subject, President Biden recently declared: “Great nations don’t hide from their slavery.”

He is absolutely correct — but I would add this: “Great and free nations also don’t cancel their history.”

To view the actions and what might have been in the minds, hearts and souls of those men born some 300 years ago via the increasingly biased prism of 2022 is not only problematic; it can be irresponsible, too. Yet that is precisely what is occurring in some quarters.

This growing list of Founding Fathers labeled as “white supremacist” means we are defining, diminishing and dismissing them over one issue. And any of the significant, valuable contributions they made to the creation of our republic are being deemed irrelevant.

Instead of focusing on centuries-dead men, those who condemn a single dimension of our Founders should consider using their time, energy and resources to tackle the slavery and human trafficking going on in today’s world. Look no further than China for modern-day slavery and labor-camp abuses, or any city in the world where you happen to be at the moment for human-trafficking abuses.


Religion in the public square

What did not happen with the release of the Mar-a-Lago affidavit?

As for the rest of us, rather than standing idly by while some try to twist, rewrite or cancel our shared history, can’t we discuss or debate the subject of our Founders and their pasts?

History is history. It should never be “written by the victors,” nor canceled by those unwilling to learn from it.

Douglas MacKinnon, a political and communications consultant, was a writer in the White House for Presidents Ronald Reagan and George H.W. Bush, and former special assistant for policy and communications at the Pentagon during the last three years of the Bush administration. His latest book is “The 56: Liberty Lessons From Those Who Risked All to Sign the Declaration of Independence.”