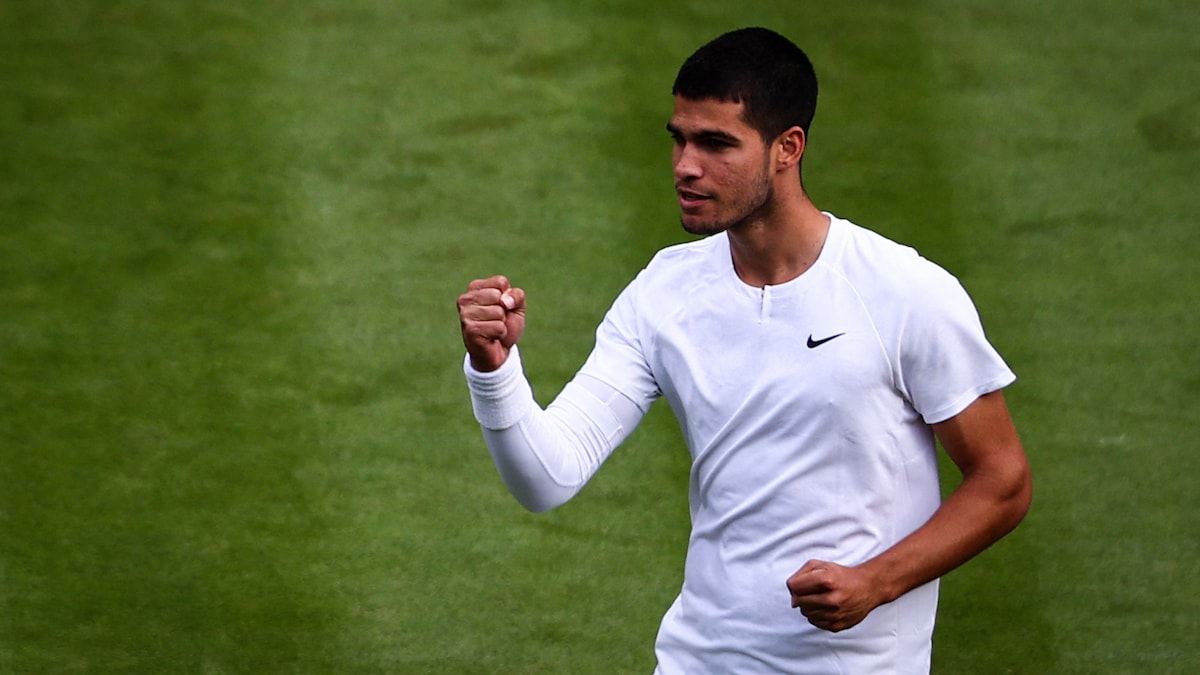 Wimbledon: Carlos Alcaraz swept past Germany’s Oscar Otte into the fourth round.© AFP

Spanish teenager Carlos Alcaraz swept past Germany’s Oscar Otte into the fourth round of Wimbledon on Friday, winning 6-3, 6-1, 6-2. The 19-year-old fifth seed broke in the first game to seize the early initiative, repeating the feat to love to take the set.

He raced into a 5-0 lead in the second set before his momentum was briefly slowed.

Two more breaks in the third set sealed the deal for Alcaraz, who will face Italian 10th seed Jannik Sinner in the last 16.

Alcaraz, who has won four titles this year, won an impressive 88 percent of points on his first serve, hitting 37 winners in total.