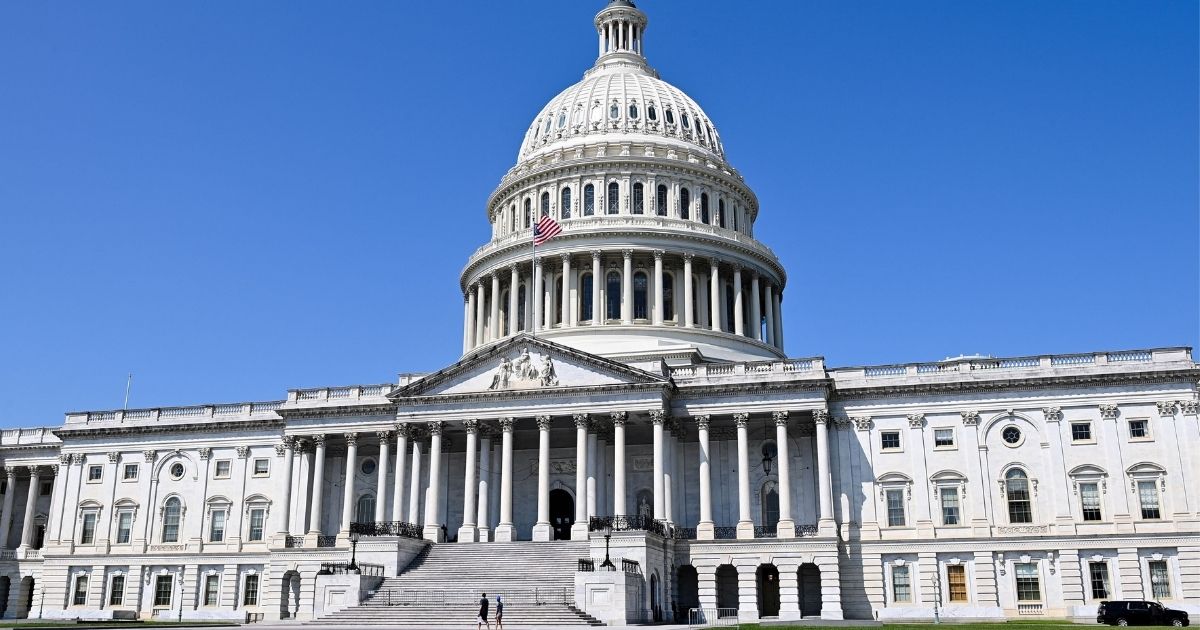 I have to admit, the last few weeks have given me a case of violent mental whiplash when it comes to the phrase our mass media is trying to drum into my head.

For most of the Advent season, I was reminded with some constancy about the annual “December to Remember sales event;” at this point, I’m shocked that Apple Calendar doesn’t just prompt me to buy my spouse a Lexus every holiday season so that we can bypass the usual ad blitz. Then, after a month or two of cheery reminders that love is surprising your significant other with a major financial investment in the form of a depreciating luxury vehicle, a different phrase was hammered into my head: “threat to our democracy.”

Yes, on the first anniversary of the Jan. 6, 2021, Capitol riot, we were told over and over again how the events of that day represented a grave threat to over two centuries of popular rule. A directed mob engaged in insurrection and tried to overturn the duly elected president — and if we don’t watch it, it could all happen again. (We’ve been pointing out these overheated, pernicious fictions at The Western Journal since they began popping up — and we’ll continue to do so. You can help us in our fight by subscribing.)

It’s clear from the events of this Thursday that, inasmuch as the media will try to make it happen, Jan. 6 will join the pantheon of Sept. 11 and Dec. 7 as days that will live in infamy. We’ll be reminded about the “threat to our democracy” — and not only from those who rioted and entered the Capitol after then-President Donald Trump held a rally protesting the certification of the Electoral College results. The threat won’t just be from Donald Trump, either. It’ll be from Republicans — not just elected officials, but, if you support them, you.

The problem is, Americans don’t actually see the events of Jan. 6 quite that way. When CBS News conducted a poll about how we felt regarding the events of that day, a majority in every political group — including Democrats — said it was “a protest that went too far.”

Way Worse Than Jan. 6: The Time Leftists Blew 15′ Crater in US Capitol, Breached with Literal Bomb

Instead, when they reported on the results on Sunday, CBS mostly hid that part and played up the 85 percent of Democrats who said the events at the Capitol were an “insurrection” and the 47 percent of Republicans who said it was “patriotism.”

One year later, Republicans are far more likely to call what happened at the Capitol on January 6, 2021 “patriotism” or “defending freedom” than trying to overthrow the government or an insurrection https://t.co/fOPMWveNyZ pic.twitter.com/s3uKKseb5q

The first paragraph of CBS News’ report: “Even as so many Americans decry the events of January 6, the day has had lasting impacts on the nation’s psyche, the most immediate of which is that millions of Americans think more violence is coming, and that democracy itself might be threatened.”

CBS News said the results of the poll, conducted between Dec. 27-30, found that while the subsequent events “were widely condemned when they happened and still are today by majorities of both parties. But there is an alternative set of descriptors and interpretations of those events, and of what should happen next, largely on the right, along with a softening of their disapproval that’s worthy of attention.”

“Despite overall disapproval of the events on January 6, Republicans do stand apart from others in offering descriptions that are less harsh. One, the intensity with which Republicans disapprove softened over the summer and has stayed softer. A year ago, most Republicans strongly disapproved, but today, their disapproval is spread between strongly and a bit more only somewhat disapproving.”

Color me frightened. So, what exactly were “the events on January 6” we keep hearing about? That part probably should have gotten a bit more attention:

CBS News did this poll & one question they asked was if the folks being polled considered the Capitol riot to be “a protest that went too far.” CBS must not have liked the results (70% of Biden voters & 84% of Trump voters agreed) so they just didn’t include it in the graphic.🤷‍♂️ https://t.co/EKAeoxmMin pic.twitter.com/d2Y8RKLYJ3

It’s OK When Dems Do It: Feds Dropped Charges Against Rioters from Trump’s Inauguration

A total of 76 percent of those polled said the actions of those “who forced their way into the U.S. Capitol” was “a protest that went too far,” with 69 percent of Democrats describing it as such. The second most popular answer was “trying to overturn the election and keep Donald Trump in power” with 63 percent, the second-most popular response.

However, despite a wealth of infographics in CBS News’ poll about the Capitol riot, these numbers didn’t show up. CBS News noted in the report that Americans “widely call it a protest that went too far,” but it was buried in other fear-stoking prose.

“Descriptions of what happened are also similar to how they were a year ago after it happened,” the article read. “People widely call it a protest that went too far, but how much further becomes more partisan. Most Americans — including most Democrats, but just a fifth of Republicans — call it an insurrection and describe it as an attempt to overturn the election and the government.”

There’s a serious problem with those results, at least if we’re trying to make “a threat to our democracy” January’s version of “December to Remember sales event.”

Yes, a riot at the Capitol is different than, say, a riot at a Chicago Apple Store. However, if Americans agree that riot sprang from “a protest that went too far,” no matter whether the protesters were “trying to overturn the election and keep Donald Trump in power,” we’ve already conceded there was no threat to democracy. It’s an ugly aberration, not a coordinated coup.

We can hype it up all we want. We can dress it up in the bells and whistles of fear and tie it around the neck of any Republican who dares to pop their head up to challenge this narrative as a millstone: The “softening of our disapproval” of these events is “worthy of attention,” and not positively.

Twenty years from now, I gather, I’ll still keep being reminded — with tinkling piano, falling snow and soft-focus shots of expensive crossovers — how it’s the “December to Remember sales event.” However, I don’t think the newly introduced messaging whiplash, in which I’m reminded to solemnly commemorate “a threat to our democracy” every year, is going to take.