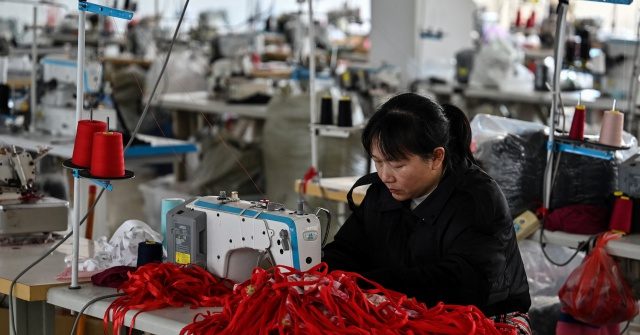 The United States Chamber of Commerce is hyping job-killing free trade deals such as the Trans-Pacific Partnership (TPP) as the “answer” to China’s economic dominance worldwide, lobbying President Joe Biden to cut U.S. tariffs across the board.

In a speech at the Chamber’s “Global Forum on Economic Recovery,” CEO Suzanne Clark suggested that it is not reshoring American manufacturing that will make the U.S. competitive with China but rather cutting tariffs on Chinese imports and free trade that often results in the offshoring of American jobs.

“This administration also inherited tariffs on nearly $400 billion of imported goods,” Clark said. “Make no mistake: Tariffs are taxes, and Americans are the ones paying them. Tariff relief should also be a priority for the Biden administration.”

Clark also seemingly praised China for entering into a free trade pact and suggested the U.S. return to free trade deals such as TPP, which was set to eliminate millions of American jobs while making it easier for multinational corporations to offshore jobs.

“China was one of 15 Asian economies that kicked off this year with a massive trade pact that tears down tariffs and other trade barriers across the region,” Clark said:

Once upon a time, our answer to China was the Trans-Pacific Partnership. Remember the TPP? Well, the U.S. pulled out, and now it’s the UK, Korea, Taiwan and — yes — China trying to join while we stand on the outside looking in. [Emphasis added]

“Free enterprise, free markets, and free trade have a proven track record as forces of positive change around the globe,” Clark continued.

“It is past time to begin providing tariff relief to American families and businesses,” Bradley said.

The remarks come as Biden has said he is considering cutting more U.S. tariffs on China after having already eliminated tariffs on more than 350 China-made products.

Free trade has had a devastating impact on America’s working and middle class.

At the same time, free trade advocates once claimed that NAFTA would create a million American jobs. Instead, the free trade deal helped eliminate at least five million manufacturing jobs from the U.S. economy while driving down wages.

KORUS, the free trade deal that the U.S. entered with South Korea, helped eliminate at least 95,000 American jobs from 2011 to 2015 as trade deficits have skyrocketed.

Meanwhile, American manufacturing is vital to the U.S. economy, as every one manufacturing job supports an additional 7.4 American jobs in other industries.