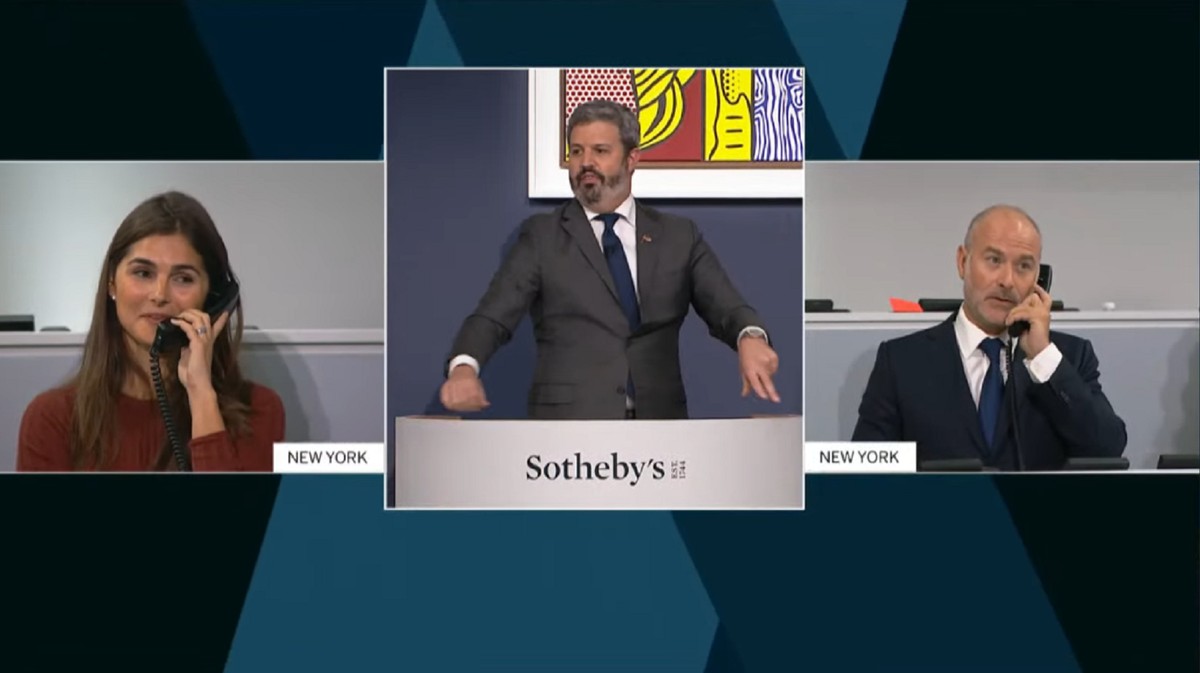 On Thursday night, an ad-hoc mob of crypto investors tried and failed to purchase a copy of the U.S. Constitution at auction at Sotheby’s, according to a post in Discord by Julian Weisser, a core member of ConstitutionDAO and one of the controllers of the wallet containing the auction funds.

“We did not win the bid for the copy of the U.S. constitution. While this wasn’t the outcome we hoped for, we still made history tonight with ConstitutionDAO,” Weisser posted in the official ConstitutionDAO Discord. It is still unclear who actually won the copy.

The attempt, which began only a week ago and amassed more than $40 million from strangers online, was ultimately outbid and the document sold to another buyer for $43.2 million.

The hosts of the Space talked about the inevitability of web3, crypto, and the blockchain, even after the official ConstitutionDAO Discord announced that they lost the auction. Eventually, one of them broke the news to the audience.

“The DAO account actually just tweeted we didn’t win—conflicting information,” one of the hosts on the Twitter Spaces announced to 6,000 people eventually. “We did not win this ladies and gentlemen but it’s still history,” they added after spending 20 minutes saying that they did win.

The group behind the attempted purchase is ConstitutionDAO, a loose organization founded by crypto enthusiasts who kicked off a crowdfunding campaign on Ethereum to buy a physical copy of the U.S. Constitution held in a private collection. The group has dozens of “core” members, but received donations from strangers from every corner of cryptoland.

The crowdfunding campaign quickly gained steam over its short life, rocketing from $0 to $13 million over several days, then from $13 million to $40 million between Wednesday and Thursday, as the group’s Discord membership surged to 18,000 users. Many of these donations were relatively modest amounts compared to the total sum, and the campaign cultivated a populist, GameStop-esque flavor. However, it was also joined by Silicon Valley-types and received some large donations over $1 million.

So, now what? In the event that the project failed, ConstitutionDAO stated that it would offer refunds on people’s donations. Weisser’s announcement stated that investors would be able to get a refund through the Juicebox platform, “minus gas fees,” and that more details would follow on Friday. “Our team has not slept in the past week, and we are giving people the night to get some rest before we’re back at it tomorrow AM,” he wrote.

That may not be the end of the story, however. Before the sale, ConstitutionDAO stated that people could also choose to remain in the DAO, and vote with their tokens to potentially attempt to buy other historical items. The people who donated to the campaign were not directly purchasing a piece of the Constitution, but were buying membership to the DAO, or decentralized autonomous organization, that now ostensibly owns the document. What this means is that everyone holding the ConstitutionDAO governance token $PEOPLE is now supposed to have a say in what the group does next.

What that actually means is anybody’s guess. Before the purchase, the DAO teased various ideas such as displaying the document, making NFTs, or “fractionalizing” it, i.e. selling tradable shares of ownership to many, potentially thousands, of people. The idea was for the mass of $PEOPLE holders to vote on this decision, as well as others such as whether leftover funds from the auction should be distributed to the project’s founders.

In the event that the project failed, ConstitutionDAO stated that people could also choose to remain in the DAO, and vote with their tokens to potentially attempt to buy other historical items.

Perhaps more than anything, the entire episode dragged DAOs into the mainstream after percolating for years. There are all sorts of DAOs, including one trying to build a city, but many take the form of crowd-directed investment firms similar to ConstitutionDAO. What happens next is anybody’s guess, but it’s unlikely to be boring.