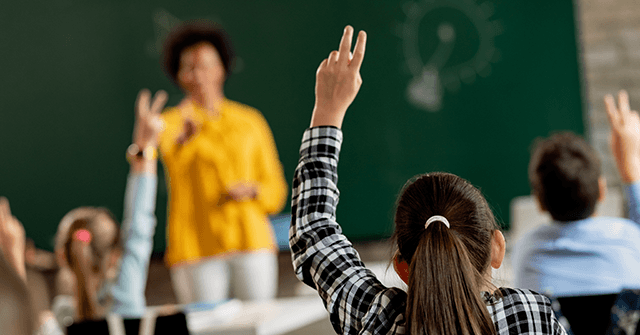 A delegate with the Chicago Teachers Union recently claimed he will “report” union employees who attend work inside their schools.

Alex Forgue, who is a physics instructor with the Chicago Military Academy at Bronzeville, replied on a post in the CTU Members Only Facebook Group, vowing to report members who went to work, Fox News reported Saturday.

“As a delegate, I will be reporting the names of members who go in,” he commented on a post asking members if the Chicago Teachers Union is posting a “scab” list. Forgue confirmed that he made the comment when speaking with Fox News Digital, but said that the union has not instructed delegates to keep track of who goes into work.

One of the people in this picture follows this account and I’m curious to see if they’ll see it. pic.twitter.com/ImIBp7Wz4V

“Yes I did,” Forgue stated when asked if he was the one who made the comment online. “However, CTU has not instructed any delegates to keep track of who went in. No word from CTU leadership about repercussions for going in.”

According to the Fox article, the Chicago Military Academy is a branch of the Chicago Public Schools system.

“I will not allow [the Chicago Teachers Union] to take our children hostage,” Lightfoot stated during a news conference, according to Fox. “I will not allow them to compromise the future of this generation of CPS students. That is not going to happen.”

Parents recently spoke out regarding their frustration with remote learning as many were forced to stay home from work, CBS Evening News reported Saturday:

Forgue explained he was tracking individuals who showed up to work to watch participation of the “remote action” at his school, adding that only one union member was not taking part in the strike.

“It’s important to keep track of participation. The union’s power to bargain for safe work & learning conditions comes from its members standing together. CPS knows this which is why they published the number of CTU teachers who went into the building on their Twitter page,” Forgue told Fox News.

He later backtracked regarding his Facebook comment, saying he had “no plans to send any list to to [sic] CTU as they have not asked for it.”