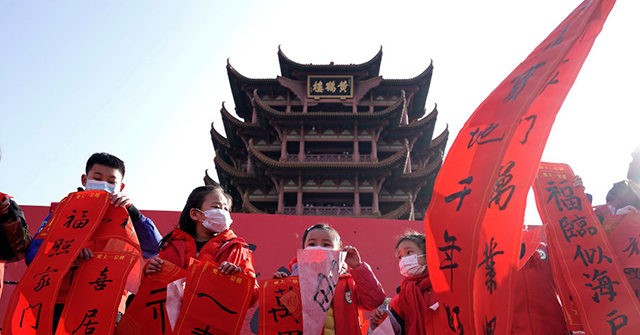 The Chinese government canceled New Year’s Eve celebrations across the country in the face of a coronavirus wave — a sharp contrast from last year’s triumphalist celebrations in Wuhan, ground zero of the pandemic.

Happy Valley Beijing, an amusement park, announced on Weibo on Thursday that its new year party at midnight would be cancelled and the park would be closed.

In the eastern city of Nanjing, the Xinjiekou commercial centre cancelled its outdoor countdown and light show, and multiple temples announced they were not opening at night, encouraging people to stay safe and avoid large gatherings.

… The State Council, China’s cabinet, said on Wednesday that travel would be restricted for those in medium and high-risk areas, and more prevention measures would be imposed generally. Local communities will be asked to step up their monitoring of returnees.

Strict lockdowns have been imposed in cities like Xi’an, where residents complain they are on the verge of starvation because the authorities did not make necessary preparations for a prolonged quarantine.

Even as the latest outbreak prompts officials to impose panic lockdowns and ban holiday celebrations, the Chinese government continues to report unrealistically low numbers of cases. Xi’an, for example, supposedly reported only 166 infections in a city of 13 million on Friday. It is the official position of the Chinese Communist government that only four people have died from Covid-19 in the past 18 months.

The city of Wuhan threw an ostentatious New Year’s Eve celebration last year, with thousands of people packed into the streets. The festivities were presented as a sharp contrast with the nearly empty streets of New York City to emphasize China’s alleged superiority at controlling the pandemic.