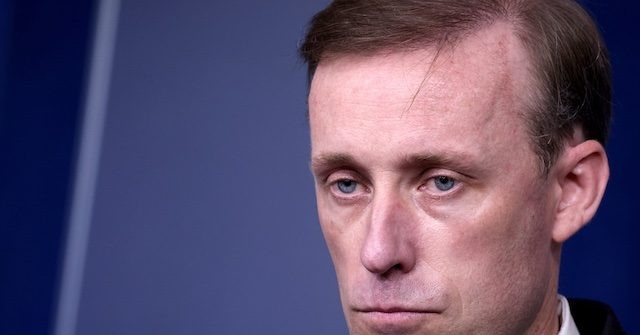 During a portion of an interview with Bloomberg released on Wednesday, White House National Security Adviser Jake Sullivan said that China invading Taiwan “remains a distinct threat” and China has been taking a more aggressive posture towards Taiwan. Sullivan also stated that the administration has concerns with parts of legislation in Congress to bolster American support for Taiwan, but it does see other parts as a positive.

Sullivan stated, “I think it remains a distinct threat that there could be a military contingency around Taiwan. And the People’s Republic of China has actually stated as official policy that it is not taking the invasion of Taiwan off the table, that that remains one of the potential options for the reunification of Taiwan. Their position has been changing over time, in terms of their disturbance of the status quo across the Taiwan Strait, actions that they are taking with their military to undermine peace and stability.”

He continued, “The American position has remained steadfast and consistent, the One China Policy, the Taiwan Relations Act, three joint communiques that we agreed with China back in the 1970s and ’80s that laid out that, from our perspective, there should be no unilateral changes to the status quo across the Taiwan Strait. We continue to believe that and we will continue to push back against any effort to change the status quo by force.”

Host David Rubenstein then asked, “Now, there is legislation now moving forward through Congress to kind of toughen up the existing support the U.S. has for Taiwan, has the administration adopted a position on that legislation yet?”

Sullivan responded, “Well, I’m actually going to have the opportunity later today, literally later today to go up to the Hill to talk to some members about this legislation. I’d prefer to have the opportunity to lay it out to them before I lay it out on TV. But I will just say this, there are elements of that legislation, with respect to how we can strengthen our security assistance for Taiwan that are quite effective and robust, that will improve Taiwan’s security. There are other elements that give us some concern.”