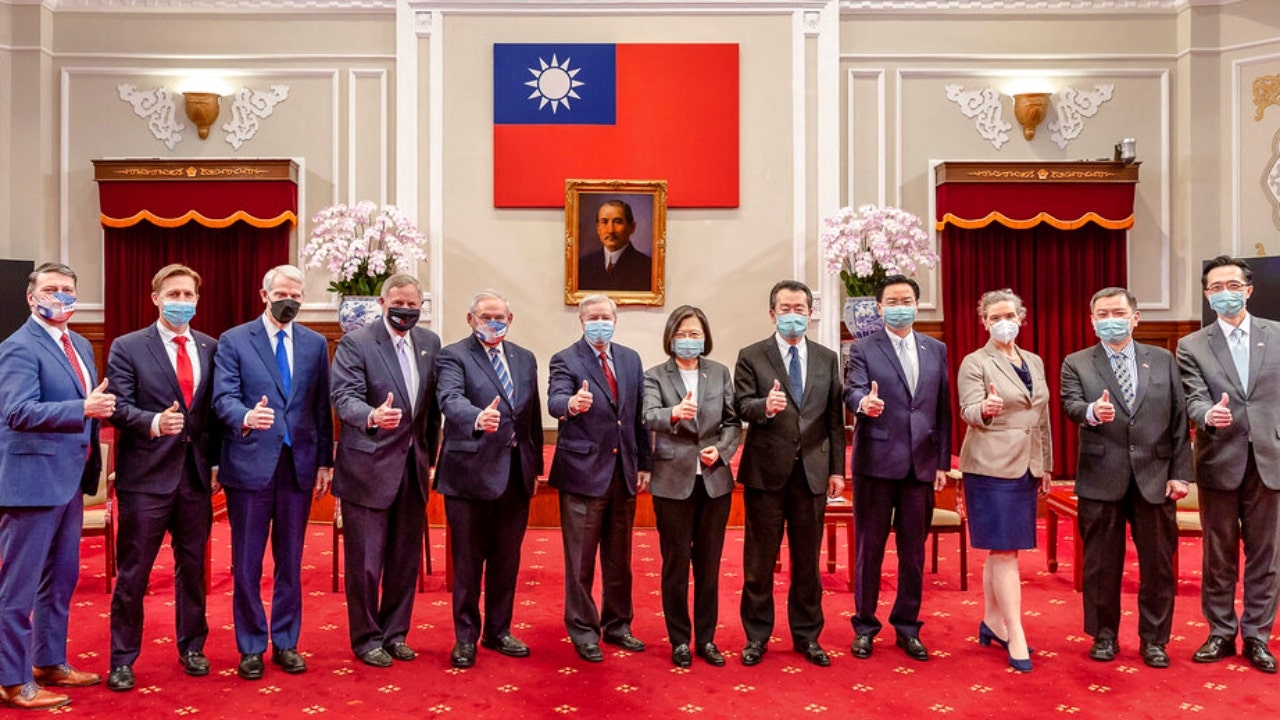 China said that its military staged exercises on Friday in response to U.S. lawmakers’ official visit to Taiwan.

Chinese Foreign Ministry spokesperson Zhao Lijian said that the drills conducted by the People’s Liberation Army’s Eastern Theater Command in areas opposite Taiwan were “a countermeasure to the recent negative actions of the U.S., including the visit of a delegation of lawmakers to Taiwan.”

He pledged that China would “continue to take strong measures to resolutely safeguard its sovereignty and territorial integrity.”

The Eastern Theater Command described the exercises as “a necessary action based on the present security situation in the Taiwan Strait and the need to safeguard national sovereignty.”

“Taiwan is a sacred and inalienable part of Chinese territory. There is no room for any foreign interference on the Taiwan issue,” its statement said.

China is against any official exchanges between the Taiwanese government and other foreign governments because it claims Taiwan is part of its national territory and not an independent country. China and Taiwan split after a civil war in 1949.

A bipartisan group of U.S. lawmakers from both the House and Senate met with Taiwanese President Tsai Ing-wen on Friday morning.

They were also scheduled to meet with Taiwan’s defense minister ahead of their departure later in the day.

CHINA ACCUSES US, TAIWAN OFFICIALS OF ‘PLAYING WITH FIRE’ WITH  UKRAINE COMPARISONS

“It is a country of global significance, of global consequence, of global impact, and therefore it should be understood the security of Taiwan has a global impact for those who would wish it ill,” the head of the Senate’s Foreign Relations Committee said.

The trip – previously condemned by the Chinese government in a statement – comes amid continued fears that China may move to invade Taiwan, stoked due to Russia’s invasion of Ukraine.

Following China’s increasing aggression in the region, some say Russia’s actions may embolden China to take some of its own.

Tsai said she welcomed the lawmakers and hoped the visit would help to further strengthen U.S.-Taiwan cooperation.

“Russia’s invasion of Ukraine has proven that democracies must bolster their alliances and collectively we can defend ourselves from the threats posed by authoritarian nations that seek to disrupt regional peace,” the president said.

America is the island’s biggest unofficial ally and has stepped up weapons sales to Taiwan in past years.

Fox News’ Anders Hagstrom and The Associated Press contributed to this report.