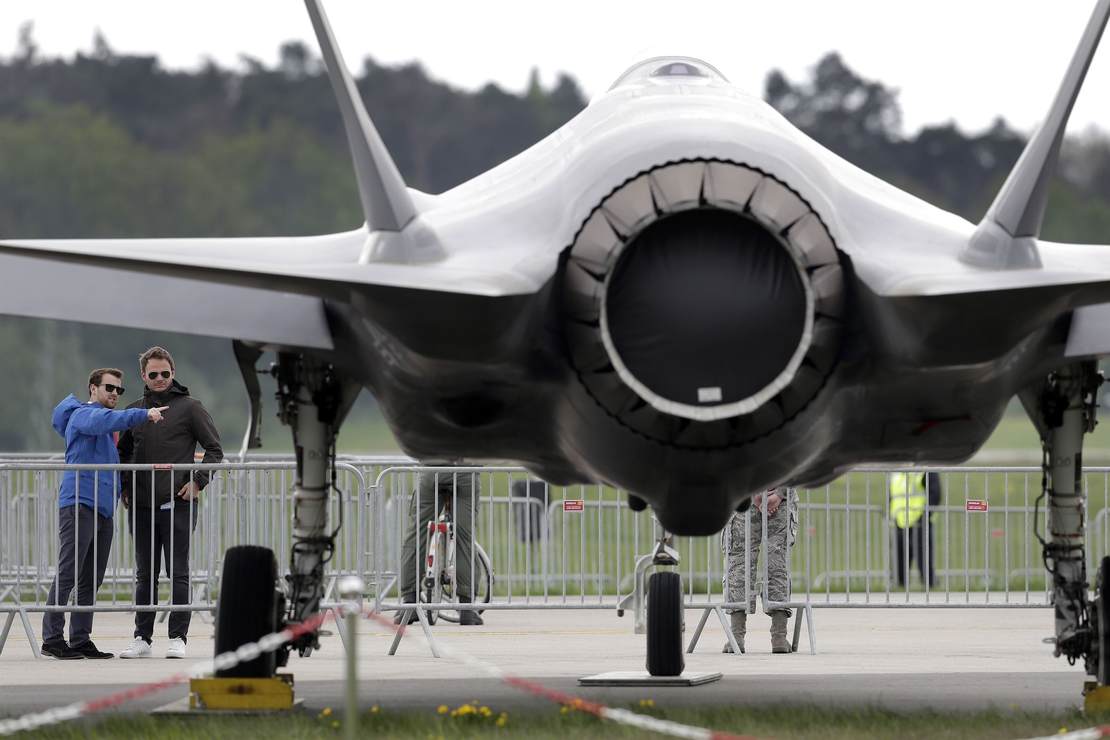 An unexpected announcement came out of the Pentagon this week. All deliveries of our F-35 Lighting fighter jets are now on hold. This includes deliveries to our own military units as well as international sales. Fortunately, they are not reporting any sort of equipment failures or flight safety issues. Lockheed Martin, the primary contractor responsible for building and testing the planes reported the discovery of a “metal component” in the jets’ engines that was manufactured in China. Given the ongoing concerns over Chinese theft of technology and spying, deliveries were halted while an examination of the component is conducted. (Politico)

The Pentagon has temporarily halted delivery of F-35 fighter jets to the military branches and international customers after Lockheed Martin discovered a metal component used in the jet’s engine had come from China, according to the Pentagon.

The Defense Contract Management Agency notified the F-35 Joint Program Office at the Pentagon on Aug. 19 that an alloy used in magnets contained in the F-35’s turbomachine pumps came from China. Lockheed Martin builds the overall aircraft, but the turbomachine is produced by Honeywell.

The discovery does not affect flight operations of F-35s already in service, the Joint Program Office said.

We sell a lot of F-35s to other countries, which is rather surprising considering how new the technology is. So throwing a wrench into the production line like this will likely produce a significant impact on global military planning. This apparently wasn’t Lockheed’s fault because they build the jets but a subcontractor, Honeywell, builds the engines.

At least initially, it doesn’t appear that there’s any danger of the Chinese part collecting sensitive information and transmitting back to agents of Beijing. The metallic part is being described as a magnet without the ability to receive or transmit data. But just to err on the side of caution, the manufacturers are now looking for a new supplier of the metal used in the part so there won’t be any Chinese fingerprints inside of the fighters.

Of course, if this had turned out to be a security leak it wouldn’t be the first time that China has been up to tricks along these lines. We’ve known for several years now that China embedded spyware chips into a number of computer products that wound up being used by some of the tech giants including Apple and Google. Some of those claims have been disputed by the alleged victims, but this is not something we should put past the Chinese. They steal technology all of the time. Why would they hesitate to engage in a bit of corporate espionage?

This is just one more reminder that China can not be trusted as a reliable ally in much of anything. And with their tech embedded in almost everyone’s critical systems, we’ve allowed the situation to simmer for far too long. We need to regain control of many aspects of the global supply chain that we willingly surrendered to the Chinese over the past couple of decades, and the sooner we do that the better.