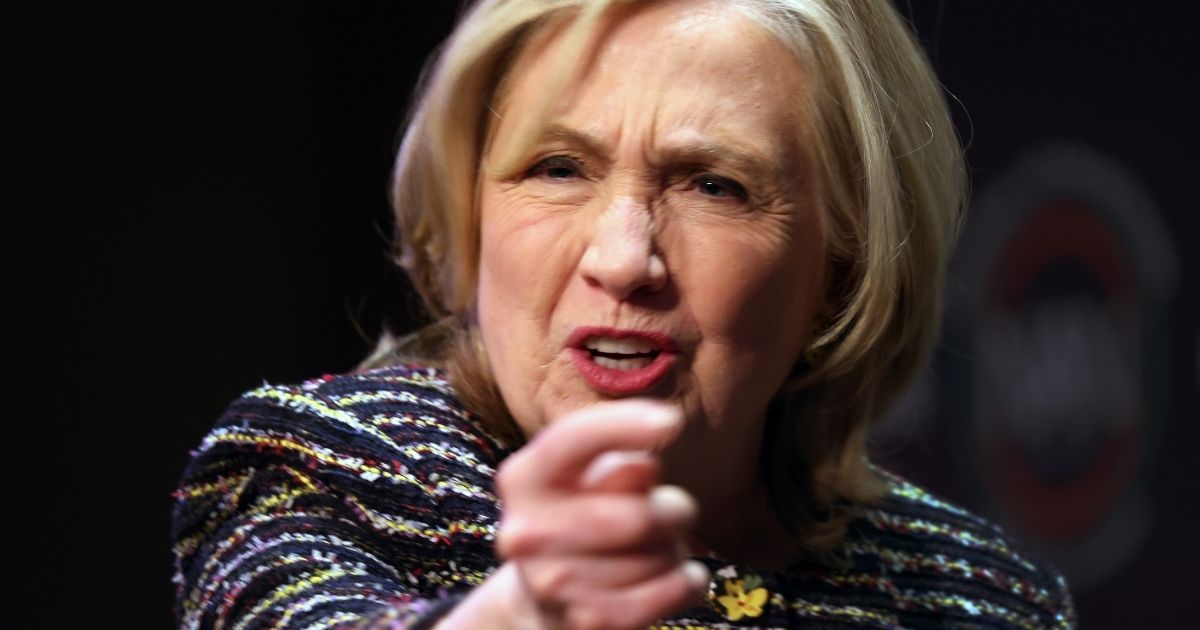 Fast forward to today, and the tweet has become a potential piece of evidence in the trial of one of her lawyers, according to The Gazette.

When Sussman repeated false accusations of an improper relationship between the Trump Organization and Russia to the FBI general counsel in September 2016, he allegedly hid the fact that he worked for the Clinton campaign.

This is problematic because a Clinton campaign staffer would have a particular interest in any information that could harm her opponent. Instead of admitting his conflict of interest, Sussman allegedly concealed it from the FBI.

Sussman has pleaded not guilty to the crime, and he is slated to stand trial in May, The Gazette reported.

Special counsel John Durham asked the federal court last week to allow a 2016 tweet from Clinton to be admitted as evidence in the trial. In the tweet, Clinton pushed the same debunked claims Sussman took to the FBI.

“It’s time for Trump to answer serious questions about his ties to Russia,” Clinton wrote.

A screen shot attached to the tweet accused the Trump Organization of having a “secret server to communicate with Russian Alfa Bank.”

It’s time for Trump to answer serious questions about his ties to Russia. https://t.co/D8oSmyVAR4 pic.twitter.com/07dRyEmPjX

The accusation about a connection between the Trump Organization and Alfa-Bank has been debunked in investigations by the FBI, CIA, special counsel Robert Mueller, the Senate Intelligence Committee and Durham.

Durham said his goal in presenting the tweet as evidence would be to “show the existence of the defendant’s attorney-client relationship with the Clinton Campaign, which is directly relevant to the false statement charge.”

Durham argued the tweet should not be considered inadmissible hearsay because “it is not being offered for its truth.” Sussman’s lawyers disputed that reasoning.

“The Tweet — which Mr. Sussmann did not author, issue, authorize, or even know about — is irrelevant, prejudicial, and would only confuse and distract the jury from the single false statement charge it must decide,” the defense attorney said, according to The Gazette.

He believes that Clinton’s tweet, along with other evidence to be presented at the trial, will prove Sussman and other Clinton agents were “assembling and disseminating the [Alfa-Bank] allegations and other derogatory information about Trump and his associates to the media and the U.S. government,” which he says constitutes a joint venture.

Sussman’s trial could very well implicate other Clinton agents beyond himself. It remains to be seen who will face consequences.