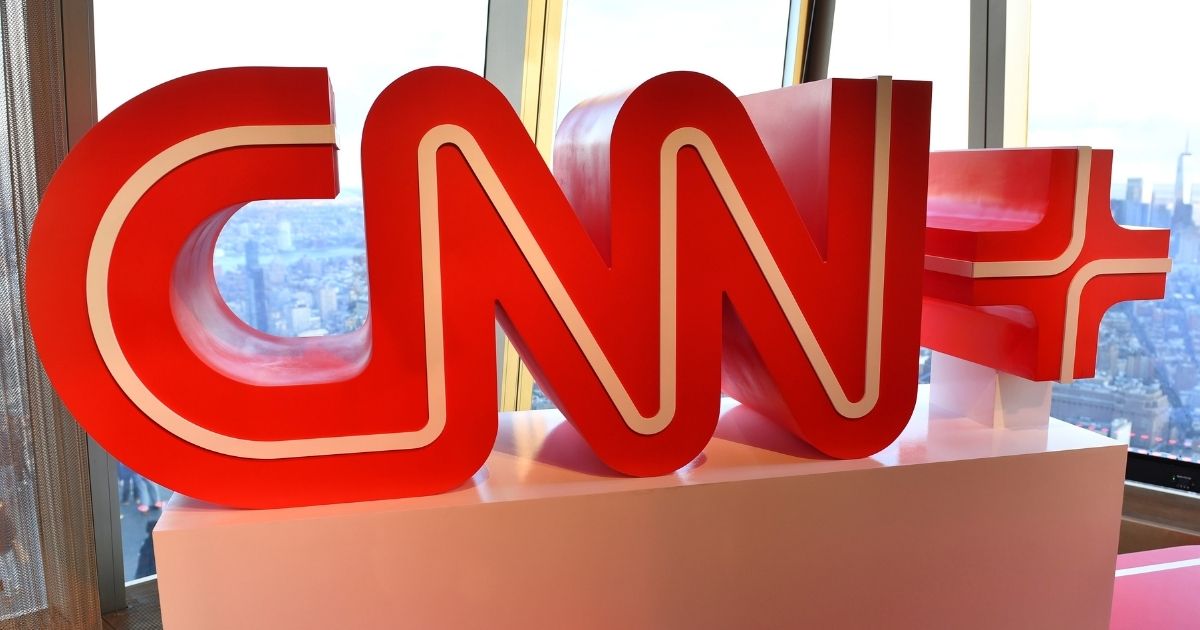 Just three weeks after its initial rollout, streaming service CNN+ is set to cease operations at the end of the month.

According to The Hollywood Reporter, incoming CNN CEO Chris Licht told employees on Thursday the company had decided to end the streaming service.

WarnerMedia, the parent company of CNN, invested approximately $300 million into the CNN+ project, which launched on March 29, The Reporter said.

From the beginning, it was apparent the streaming service was in trouble. CNN+ was housed on the CNN app, but the app did not see many downloads as a result of the new service.

The week after CNN+ launched, the CNN app ranked 166th on Apple’s Top Charts. This indicated the interest in the streaming service was relatively low — to say the least.

Just one day after the debut of CNN+, Fox Business reporter Charles Gasparino said the company was already considering layoffs.

Are you surprised CNN+ failed this fast?

“Breaking: @CNNplus employees bracing for layoffs possibly as soon as May amid projections of lackluster sales of new streaming channel; CNN employees say new streaming channel could be merged into larger @discoveryplus as early as May unless subscriptions pick up 130 @FoxBusiness,” he wrote in a March 30 tweet.

At the time, CNN Head of Strategic Communications Matt Dornic disputed the report.

“For the record, we are VERY happy with the launch of CNN+ and are only bracing for a long run of success,” he wrote in a tweet responding to Gasparino.

For the record, we are VERY happy with the launch of CNN+ and are only bracing for a long run of success.

Apparently a lot can change in three weeks, because that “long run of success” is now slated to come to an end on April 30.

Psaki May Soon Find Herself Under Federal Investigation: Watchdog

“As we become Warner Bros. Discovery, CNN will be strongest as part of WBD’s streaming strategy which envisions news as an important part of a compelling broader offering along with sports, entertainment and nonfiction content,” Licht said in a statement, according to The Reporter.

“We have therefore made the decision to cease operations of CNN+ and focus our investment on CNN’s core news-gathering operations and in further building CNN Digital. This is not a decision about quality; we appreciate all of the work, ambition and creativity that went into building CNN+, an organization with terrific talent and compelling programming. But our customers and CNN will be best served with a simpler streaming choice.”

The Reporter tried to soften the blow for CNN by assuring readers that “CNN programming is expected to become an important piece of WB Discovery’s overall streaming lineup.” The outlet said some CNN programs could make their way to existing streaming service HBO Max, but it doesn’t take a genius to understand this was a massive failure for CNN.

The news was particularly tough for former Fox News host Chris Wallace, who left his previous network to host a show specifically created for CNN+. The Reporter said it is currently unclear what CNN will do with Wallace.

CNN digital executive Andrew Morse, who was in charge of the CNN+ launch, will exit the company. Alex MacCallum, who was serving as the general manager for CNN+, is expected to take Morse’s place in leading CNN Digital.

As for those layoffs Gasparino predicted, they are going to be even more widespread than he thought.

“Staff were told Thursday that they will continue to be paid and receive benefits for 90 days and will be encouraged to apply for jobs elsewhere at the company,” The Reporter said. “After that 90-day period, they will be laid off with a minimum of six months severance.”

It should be no surprise that people do not want to pay for CNN’s content. After all, ratings already indicated most people didn’t even watch it for free.

On April 1, Fox News reported CNN’s most-watched show during the first quarter of 2022 was “Anderson Cooper 360.”

The show averaged about one million viewers per night, making it just the 22nd ranked cable news show. Meanwhile, 15 Fox News shows — and even six MSNBC shows — finished ahead of CNN’s best performer.

Americans have made it clear they are not interested in CNN’s partisan hit-jobs, and the company is learning that the hard way. Not even a shiny new streaming service could hide this harsh reality.