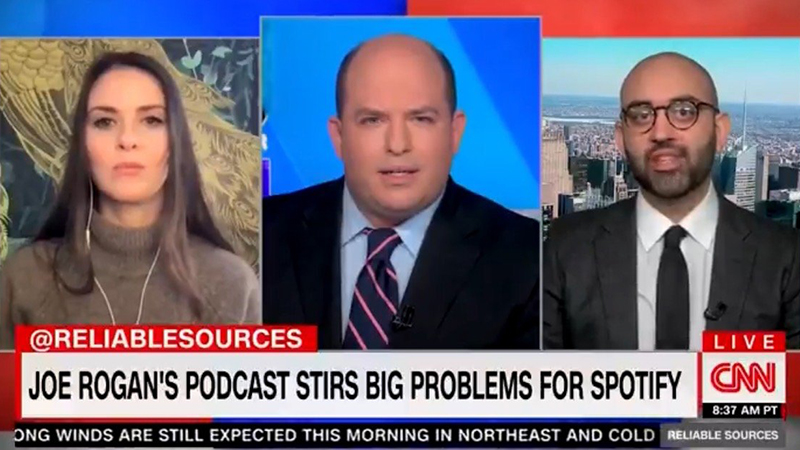 In a broadcast virtually no one watched, CNN talking heads and CNN’s potato head Brian Stelter had a ‘debate’ about Joe Rogan’s podcast causing ‘big problems’ for Spotify, and declared that all of Rogan’s millions of listeners are basically idiots.

Weaselly ‘reporter’ Oliver Darcy, who will not relent until everything apart from CNN is censored and banned, compared Rogan’s audience to fat unhealthy people who choose to eat junk food rather than stay healthy.

“Here is people who, they like something that we — you know, who consider ourselves more enlightened — don’t think is good for them, we think that they’re internalizing this misinformation and using it to make bad decisions.” she proclaimed.

Rogan gets on average 11 million listeners to every podcast he does. Much of his content features in depth discussions with experts in their field that last 3+ hours.

Who exactly is more enlightened?