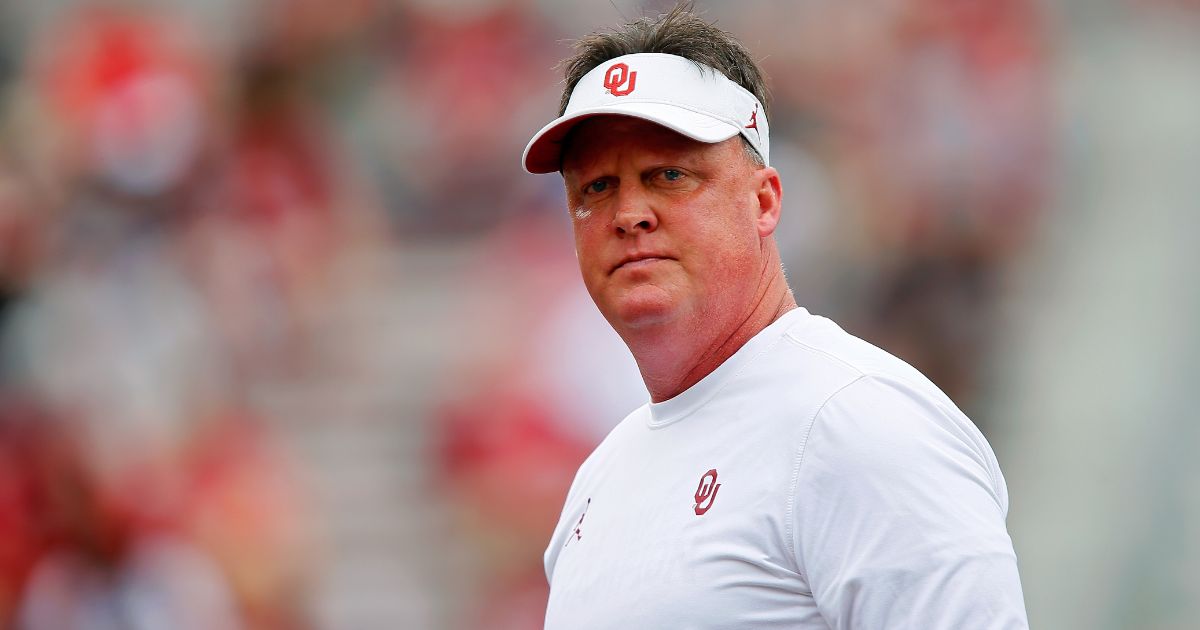 Veteran college football coach Cale Gundy resigned Sunday night after admitting to reading a “shameful” word from a player’s iPad. While one of Gundy’s former players decried the decision, his current boss said the resignation was necessary.

Gundy was serving as an assistant head coach for the Oklahoma Sooners, ESPN reported.

He had been coaching at Oklahoma in some capacity since 1999, but he announced his resignation in a statement posted to Twitter on Sunday night.

“Last week, during a film session, I instructed my players to take notes,” Gundy wrote. “I noticed a player was distracted and picked up his iPad and read aloud the words that were written on his screen.

“The words displayed had nothing to do with football. One particular word that I should never — under any circumstance — have uttered was displayed on the screen. In the moment, I did not even realize what I was reading and, as soon as I did, I was horrified.”

Actress Severely Burned After Crashing Into Home, Video Shows Her Speeding Through Neighborhood Shortly Before Wreck

While Gundy did not specify the word, Oklahoma head football coach Brent Venables said it was “racially charged,” ESPN reported. Readers can draw their own conclusions from that information.

“I want to be very clear: the words I read aloud from that screen were not my words,” Gundy wrote. “What I said was not malicious; it wasn’t even intentional. Still, I am mature enough to know that the word I said was shameful and hurtful, no matter my intentions.”

Did Gundy deserve to lose his job?

If this was an honest mistake as Gundy said, losing his job seems like a harsh punishment. Cincinnati Bengals running back Joe Mixon, who played at Oklahoma while Gundy was coaching, expressed this sentiment on Twitter.

“Coach Gundy is everything OU and any institution would want in a coach, teacher and mentor,” Mixon wrote in a statement shared on Twitter. “He is caring, thoughtful, intelligent, smart, funny, experienced, philanthropic, humble and selfless.”

Mixon went on to say Gundy is “not, and I repeat is not a racist in any way nor has a racist bone in body, mind or soul.”

Mixon recalled enduring “my own tribulations while at OU,” and he said he would not be where he is today if he hadn’t been given “a second chance at school, life and to be a better person.”

He said he would be “extremely disappointed with the school, the program and the administrators if [Gundy] is not allowed to continue as a coach at the university going forward.”

The “tribulations” Mixon referred to were arguably much worse than Gundy’s mistake. According to The New York Times, Mixon was suspended from the Oklahoma program for a year after a video emerged of him punching a woman in the face in 2014.

The program allowed him to come back after serving his one-year suspension, and he became a standout running back who was ultimately drafted in the second round of the 2017 NFL draft by the Bengals.

Oklahoma football had no such mercy on Gundy. In fact, Venables threw him even further under the bus in a statement on Monday.

“Coach Gundy resigned from the program because he knows what he did was wrong,” Venables said in a statement. “He chose to read aloud to his players, not once, but multiple times, a racially charged word that is objectionable to everyone, and does not reflect the attitude and values of our university or our football program.

“This is not acceptable. Period. Coach Gundy did the right thing in resigning. He knows our goals for excellence and that coaches have special responsibilities to set an example.”

Assuming Venables is correct that Gundy read the word “multiple times,” it is reasonable to say Gundy should have been able to realize what he was saying and stop himself. He certainly made a mistake in reading the word, but was that mistake bad enough to justify him losing his job?

Most reasonable people would say no, but not Venables.

“As painful as it has been dealing with Coach Gundy resigning from the program, it doesn’t touch the experience of pain felt by a room full of young men I am charged to protect, lead and love,” Venables said.

If the word was truly so offensive to players that its mere mention was deeply painful, they would not be throwing it around flippantly in their conversations. While Gundy should have known better than to utter a “racially-charged” word, such a mistake should not end his coaching career.