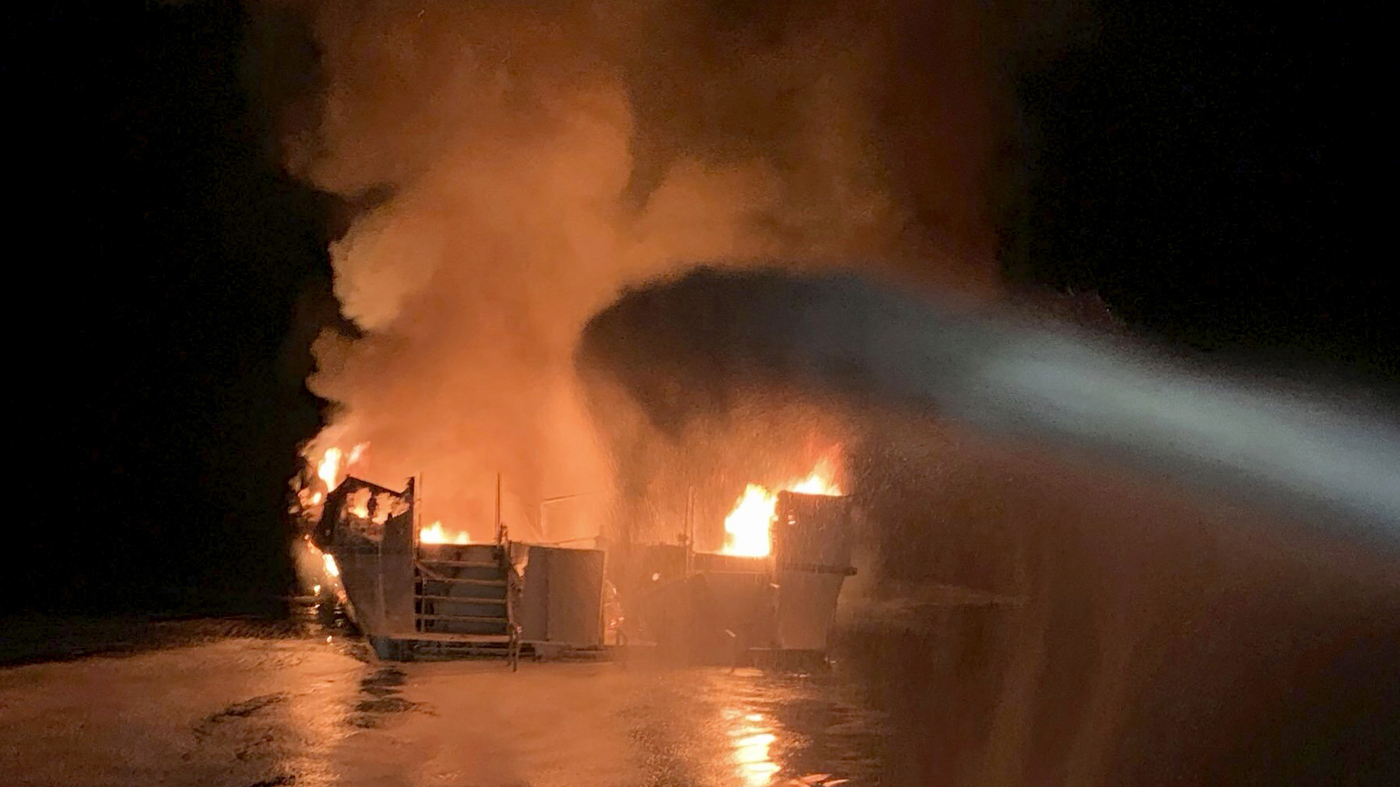 Ventura County firefighters respond to a fire aboard the Conception dive boat in the Santa Barbara Channel off the coast of Southern California on Sept. 2, 2019.

Ventura County firefighters respond to a fire aboard the Conception dive boat in the Santa Barbara Channel off the coast of Southern California on Sept. 2, 2019.

LOS ANGELES — The Coast Guard has announced new safety rules following a deadly blaze that killed 34 people on a scuba diving boat off the California coast more than two years ago, including installation of fire detection and suppression equipment.

The Labor Day 2019 fire aboard the Conception off Santa Barbara marked the deadliest marine disaster in modern state history and led to criminal charges and calls for tougher regulations for small passenger vessels.

The new interim rules will take effect over the next two years. In addition to the fire systems, owners of boats with overnight passengers will be required, among other things, to provide better escapes from below deck and use devices that make sure a night watchman is alert and making frequent rounds.

An investigation into the disaster blamed the Conception’s owners for a lack of oversight and the boat’s captain for failing to post a roving watchman aboard the vessel, which allowed the fire to quickly spread and trap the 33 passengers and one crew member below deck. Captain Jerry Boylan and four crew members, all of whom were sleeping above deck, escaped.

The burned hull of the Conception is brought to the surface by a salvage team off Santa Cruz Island, Calif., on Sept. 12, 2019.

The burned hull of the Conception is brought to the surface by a salvage team off Santa Cruz Island, Calif., on Sept. 12, 2019.

Boylan has pleaded not guilty to 34 counts of seaman’s manslaughter. He is free on bond awaiting trial in U.S. District Court in Los Angeles.

The new rules were expected after Congress mandated in December 2020 that the Coast Guard review its regulations for small passenger vessels. The law, included in the National Defense Authorization Act, also added new requirements regarding fire detection and suppression.

The new rules apply to small passenger vessels with sleeping quarters or operating on oceans or coastal routes, but excludes fishing boats and ferries.

Since 1991, no owner, operator or charterer has been issued a citation or fine for failure to post a roving patrol, prompting the NTSB to fault the Coast Guard for not enforcing that requirement and recommend it develop a program to ensure boats with overnight passengers actually have watchmen.

The rules would also require boats to have at least two exits so if one is unavailable there is another way to escape. The exits must be clear and both cannot be directly above a berth.

The Conception bunkroom had an open stairwell toward the bow and a small escape hatch that was difficult to access and climb through above one of the bunks in the center of the boat. However, both led to the galley, which was in flames.

Family members of those who died have filed wrongful death lawsuits against the boat company, Truth Aquatics Inc., and the family that owned it. They have also sued the Coast Guard for lax enforcement that they say doomed the people below deck.

The families said the fire detection and suppression systems were out of compliance, and the two escapes from the bunkroom violated Coast Guard regulations because they led to the same place.

The boat had passed its two most recent Coast Guard safety inspections.

The Coast Guard has declined to comment on the lawsuit because of a policy not to discuss pending litigation.

The rules published late last month in the Federal Register begin taking effect March 28 and could be changed after a public comment period that ends in June.

Other new requirements include better training of crew, escape drills for passengers and guidance on how to handle flammable items such as rechargeable batteries.

While investigators said they couldn’t determine what caused the fire because the boat burned and sank, they say the blaze started toward the back of the main deck salon — where divers had plugged in phones, flashlights and other items with combustible lithium ion batteries.

After the fire, the Coast Guard issued a bulletin recommending a limit on the unsupervised onboard use of lithium ion batteries and extensive use of power strips and extension cords.