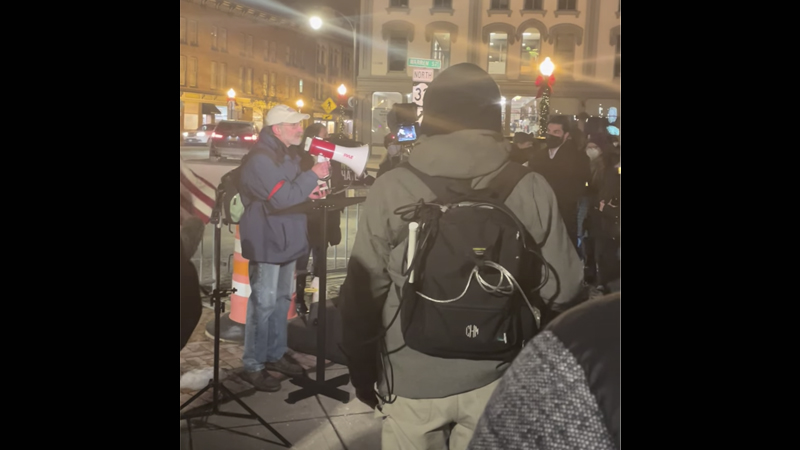 “We were attacked. There was a terrorist attack on our country, attempting to overthrow our government, our government. It was a coup,” Fine said. “They came with weapons and lots of people and arms. Because this attack is by our own citizens, it’s called treason, treason.”

The Constitution defines treason: “Treason against the United States, shall consist only in levying War against them, or in adhering to their Enemies, giving them Aid and Comfort.”

Elsewhere in the event, Matt Castelli, a former CIA officer, accused his opponent Stefanik of “promoting the big lie falsehoods that she was fed by the former president’s inner circle.”

This comes as Democrats desperately seek to use January 6 to disqualify former President Donald Trump from holding office in 2024, as well as attempt to ram through legislation that would federalize elections, implement universal mail-in voting and do away with voter ID laws.

“They are trying to BAN voter ID and other basic measures that can ensure the sacred integrity of the vote,” Trump said in a statement Friday. “The reason the Democrats are doing all of this is not because they believe they will win a fair and honest election. It’s because they know they will overwhelmingly LOSE one.”