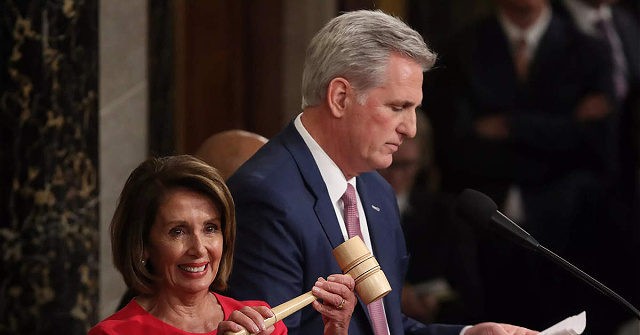 Ratings released by the Cook Political Report on Thursday show the Republican Party has the edge in the upcoming 2022 midterms.

The Cook Political Report is a nonpartisan, independent newsletter that analyzes national political trends and elections. As it stands now, the GOP needs to net five seats in the midterm elections to regain control of the House majority.

The Cook Political Report’s new ratings indicate the Democrats will be defending more “toss-up” districts than Republicans. There are eight Democrat seats in the “toss-up” category, compared to six for Republican seats. Toss-up districts are the most competitive races, where either party “has a good chance of winning.”

NEW: @CookPolitical‘s 2022 House ratings for new districts, now that we’re past the halfway point of redistricting. Still a long way to go, but Republicans clear favorites for control. https://t.co/mAdCOtLpRZ pic.twitter.com/2VN5sKWCzd

A “likely” seat has the potential to become engaged but is not yet considered competitive. The “lean” seats are districts with competitive races, where one party has an advantage.

Interestingly, the Cook Political Report has zero Republican-held districts in the “likely Democrat” column. Additionally, only one Republican seat is placed in the “lean Democrat” category. That sole seat is in Illinois’s 13th congressional district, which is represented by Rep. Rodney Davis (R-IL). Davis is now running for reelection in Illinois’ 15th district after the Democrat Party carved Davis out of his current seat during the redistricting process.

Davis’s seat is considered a Republican-held district because “the Cook Political Report’s policy is to list the ‘incumbent party’ according to the new district’s estimated Partisan Voter Index score.”

Due to redistricting, the Cook Political Report releases their ratings on a rolling basis while states finalize new political maps for the decade.