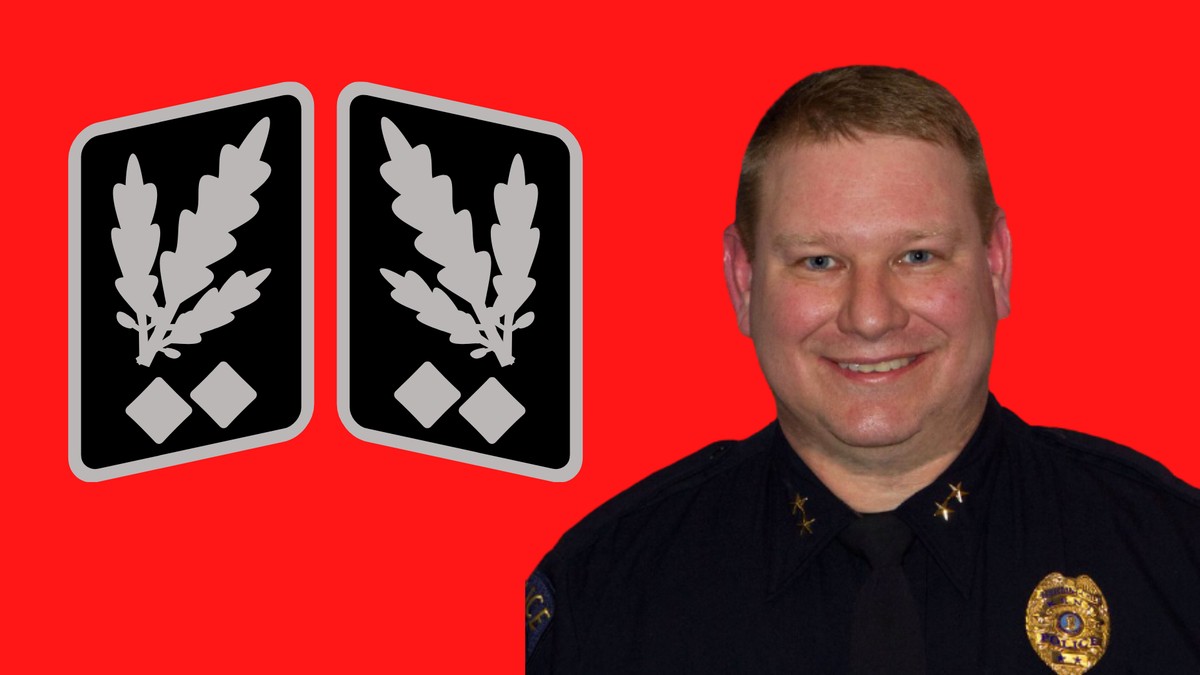 An assistant police chief in Washington essentially took two weeks of paid vacation as punishment after displaying Nazi insignia on the door to his office, the Kent Reporter first reported.

In September 2020, Kent Police Assistant Chief Derek Kammerzell posted the mark of an SS “Obergruppenführer,” one of the highest ranks in Adolf Hitler’s Third Reich, above the nameplate on his office. The insignia remained there for two weeks before it was reported and taken down.

Ten months later, Kammerzell was placed on two-week administrative leave—which is supposed to come without pay—for harassment, discrimination, and conduct unbecoming of a police officer, according to disciplinary documents obtained by local whistleblower group No Secret Police. The 27-year veteran of the force, however, used vacation time, which allowed him to receive pay despite the disciplinary action, according to the Kent Reporter.

For his part, Kammerzell insisted that he had no knowledge of its association with Nazis and only knew about it because of its appearance on the Amazon Prime show “The Man in the High Castle,” according to an investigation commissioned by the city.

The show’s premise, however, literally centers around an alternate version of history where Nazi Germany won their quest for world domination in World War II. Kammerzell said that he thought the symbol was simply a German rank and identified with it because of his own German heritage.

The investigation found that Kammerzell’s claim was “not plausible,” according to the Seattle Times.

No Secret Police obtained the documents via a public records request and sent them to the Seattle Times and the Kent Reporter, as well as the city council and the mayor’s office.

The Kent Police Department did not immediately respond to VICE News’ request for comment, but the assistant chief did provide an emailed response to the Kent Reporter.

“I am deeply embarrassed by this incident,” Kammerzell told the outlet last week. “I wish I could take it back. I know now what that rank represents, and that is not what I value or who I am. The expectations for an assistant chief are, rightfully, incredibly high. I do my best every day to meet and exceed those expectations.”

But this wasn’t the first time Kammerzell was accused of making light of the Holocaust. Stokes Lawrence, the law firm behind the city’s investigation, also found that the assistant chief had been previously photographed sporting a Hitler-style mustache (which he said was a result of his participation in the annual Movember fundraising event) and another time flashing a Nazi salute at an Oktoberfest event in 2019.