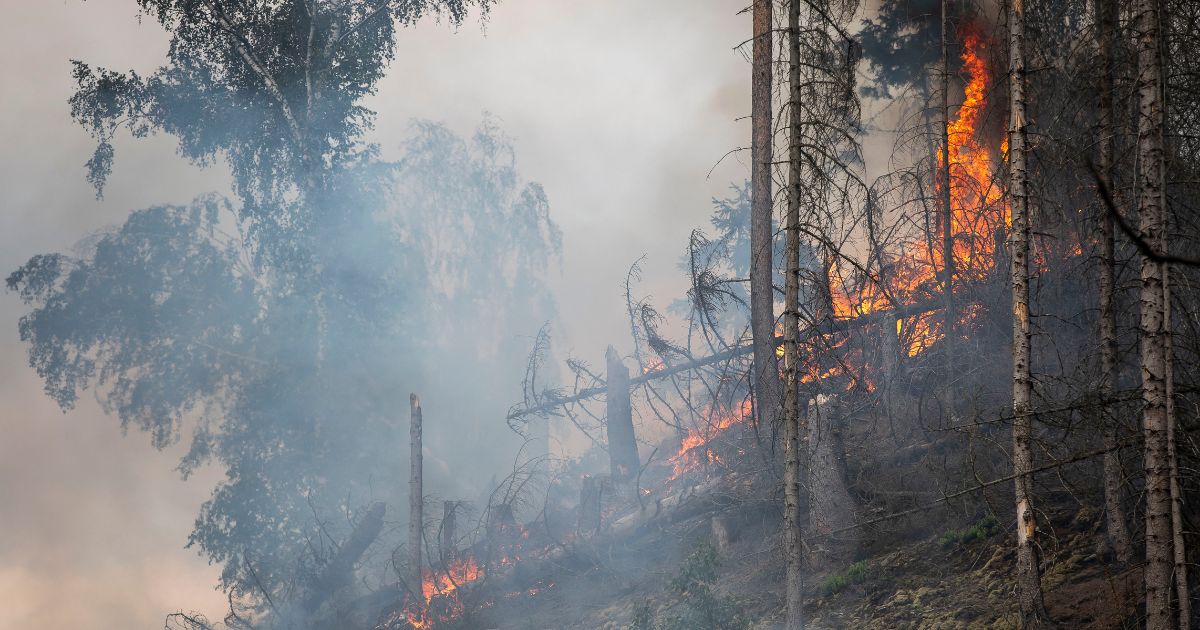 A man who allegedly started multiple fires in Curry County, Oregon, was reportedly stopped by three law-abiding citizens on Monday.

In a statement on the Curry County Justice’s Facebook, Sheriff John Ward said his office received reports of an adult man “walking along the gravel road that leads towards Mariel Lodge and Rogue River Ranch, starting fires.”

The suspect was later identified as Trennon Smith of Veneta, Oregon, The Washington Post reported.

Ward said he directed his employees to contact multiple other Sheriff’s offices, Coos Forest Patrol, the United States Bureau of Land Management, the U.S. Forest Service and the Southwest Oregon Department of Forestry.

“All mentioned firefighting and law enforcement agencies responded to the area with a description of the suspect,” Ward said in the statement. “Information provided by a witness on scene that there were two separate fires.

“Three helicopters were dispatched by ODF while ground crews including residents of the area quickly got the two fires under control and contained.”

In the end, however, it was not any of these agencies who initially stopped the suspect. Instead, Ward said it was three everyday citizens.

“Three local residents of that area located the suspect walking on the roadway near the fires and detained him until law enforcement arrived on scene,” the statement said.

“It was reported that the suspect became very combative with the three residents and had to be tied to a tree to subdue him.”

Are these three citizens heroes?

These three citizens deserve praise for their heroic actions. If they had not stopped Smith, he may have been able to start more fires before authorities arrived.

Due to the help from both these citizens and all the agencies who responded, Ward said the damage was minimal.

“The quick actions on getting the fires out most certainly averted a catastrophe and saved lives,” he said in the statement. “The total area burnt is less than one acre.”

If Smith’s goal was to cause the most possible destruction, setting more fires would have helped him achieve it. But because of three brave citizens, the agencies were able to both put out the fires and eventually apprehend the suspect without him causing more damage.

Ward said Smith was initially taken to a local hospital with injuries he sustained from a fall, but he was later discharged.

Thug Caught on Video Body-Slamming NYC Cop, Putting Him in Chokehold – Teen Suspect Let Out the Next Day

At that point, he was transferred to the Curry County Jail and booked for first-degree arson and two counts of reckless burning. Ward said this criminal would not have been caught if not for help from a myriad of different people.

“The Curry County Sheriff’s Office would like to thank all agencies who responded to assist in the fire control and detaining Trennon Smith for starting the fires,” he said. “The cooperation and partnership between all agencies when something like this occur is remarkable.”