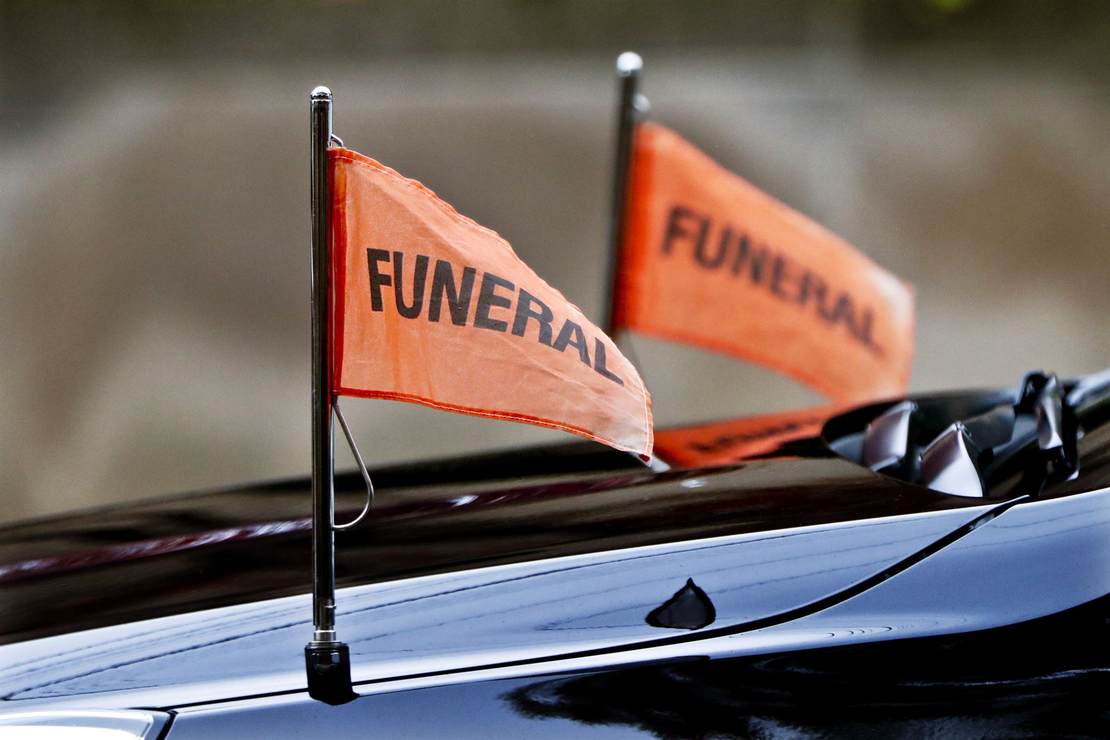 Corporal Charles Galloway was brutally murdered during a traffic stop in Harris County (Houston) on January 23. This week the behavior of Harris County Judge Lina Hidalgo at Galloway’s memorial service is being called “disruptive and disgraceful.” Sgt. Roy Guinn’s account of her behavior has been made into a YouTube video by a local radio show host.

Galloway is one of several law enforcement officers who have been shot in the line of duty in recent weeks in Houston. Crime has escalated and thanks to soft-on-crime Democrat leadership in Houston and Harris County, criminals are emboldened. Good men and women, like Corporal Galloway, are subject to violent, armed thugs who are unafraid to kill them. In this case, Galloway, a Harris County Precinct 5 deputy constable, didn’t even have time to exit his patrol car before his killer jumped out of his car during the traffic stop and shot at Galloway numerous times. Galloway died at the scene as his killer fled. Fortunately, some witnesses came forward and the animal was tracked to Mexico and apprehended. Galloway was 47 years old and had volunteered for his assignment. He was a 12 year veteran with Precinct 5. He leaves behind a daughter and a sister.

Members of law enforcement from across the country came to pay their respects and show support. Hundreds of people came to his memorial service which was held this week. One of the politicians in attendance is under fire for exhibiting some bad behavior at the memorial service. At such a solemn time, Harris County Judge Lina Hidalgo made it all about herself and being seen at the service. It seems Hidalgo is a graduate of the Sheila Jackson-Lee school of “Look at me” and skilled in demanding a presence on camera. Sgt. Guinn’s account of dealing with her show her to behave more like a petulant teenager than an adult elected official.

Keep in mind that the designation of county judge is not a judicial position. A county judge is like the CEO of a county in Texas. Hidalgo was elected to the office, the youngest ever in the position. Harris County is the third-most populous county in the United States. Hidalgo is the first woman and the first Latina to be elected to this office. She benefited by being able to check off the boxes in Democrat identity politics and swept into office on a strong blue wave in 2018. She is thirty years old and became a U.S. citizen in 2013 – she’s Colombian.

One of the campaign issues during her campaign was that of cash bail reform. It’s hard to ignore that she is a part of the problem facing law enforcement today. Her ego knows no limits, though, and she somehow thought the memorial service was a county function and demanded to stand with Lt. Governor Dan Patrick and law enforcement officers hosting the service. She refused to be seated in the dignitary tent, including the Mayor of Houston. In other words, there was assigned seating and she didn’t cooperate because she wanted her time on camera. In the video we see her going over to a couple of women seated with his sister and daughter to speak with them before the service began but Hidalgo doesn’t speak to the sister and daughter, which looks odd. Sgt. Guinn addressed her actions, including a “Do you know who I am?” moment.

According to Sgt. Roy Guinn, Hidalgo refused to be seated behind Galloway’s family with other elected officials but insisted on standing next to Constable Ted Heap and Lt. Gov. Dan Patrick who were part of the ceremony.

In a narrated video posted by radio host Michael Berry, Guinn describes a series of events in which he says he politely asked Hidalgo to move to the dignitary tent and away from the pathway for the honor guard.

Guinn says Hidalgo responded, “I am staying right here. Do you know who I am? I’m the county judge.”

After Hidalgo allegedly questioned Patrick’s placement in front of the tent, Guinn says he explained that the lt. governor was a part of the ceremony and would be presenting one of the flags.

Guinn says he then asked if she was “really going to argue” with him in the middle of the ceremony, to which she allegedly replied, “This is a county function, I’m the county judge, and I’m going to stand right here.”

After Galloway’s family was seated and the attendees awaited the coffin procession, Hidalgo is seen approaching the family to speak with them.

She’s a disgrace. The memorial service was not a county function, as she should have known. It was his family’s service for Galloway and the guests were invited to be there. Hidalgo was very disrespectful in her behavior.

In his comments later, Guinn asserted that the event was not a county function, but “a family funeral service honoring a life and sacrifice of a peace officer.”

“This was a funeral that his family allowed those in blue to join with them in honoring and mourning our brother. Everyone else in attendance, including you ma’am, were guests. You were even counted among the dignitaries as an honored guest. Your behavior was anything but honorable.”

Ironically, Hidalgo’s spokesperson says she will not respond to Guinn’s account of the event out of respect to the family. Hidalgo held a press conference this week to highlight non-traditional anti-crime initiatives. These include working with Houston’s mayor to demolish vacant lots and overtime pay for police officers, plus a gun buy back program. Blight reduction is fine but Hidalgo sees the breathtaking increase in violent crime as solely a gun issue, as Democrats usually do. Also at her photo op were Commissioner Rodney Ellis (D-Pct. 1) and Sheriff Ed Gonzalez. Gonzalez said, “We’re never going to arrest our way out of crime.” This is where I remind you that Gonzalez is currently Joe Biden’s nominee to head up ICE. He’s big on social issues. This week he sent a memo out to all sheriff’s office employees instructing them to share preferred pronouns in introductions. Just imagine the damage this guy can do to ICE and DHS with Secretary Mayorkas. Egads.

Hidalgo is running for re-election. She is the darling of the liberal media so she will likely win again. Nine Republicans have filed for the primary race. There is one Democrat who is challenging Hidalgo – Harris County Constable Precinct 1 Chief of Staff Erica Davis, a black woman,. Davis has the endorsement of the Houston Police Officers Union. We may need a little popcorn for this primary race.