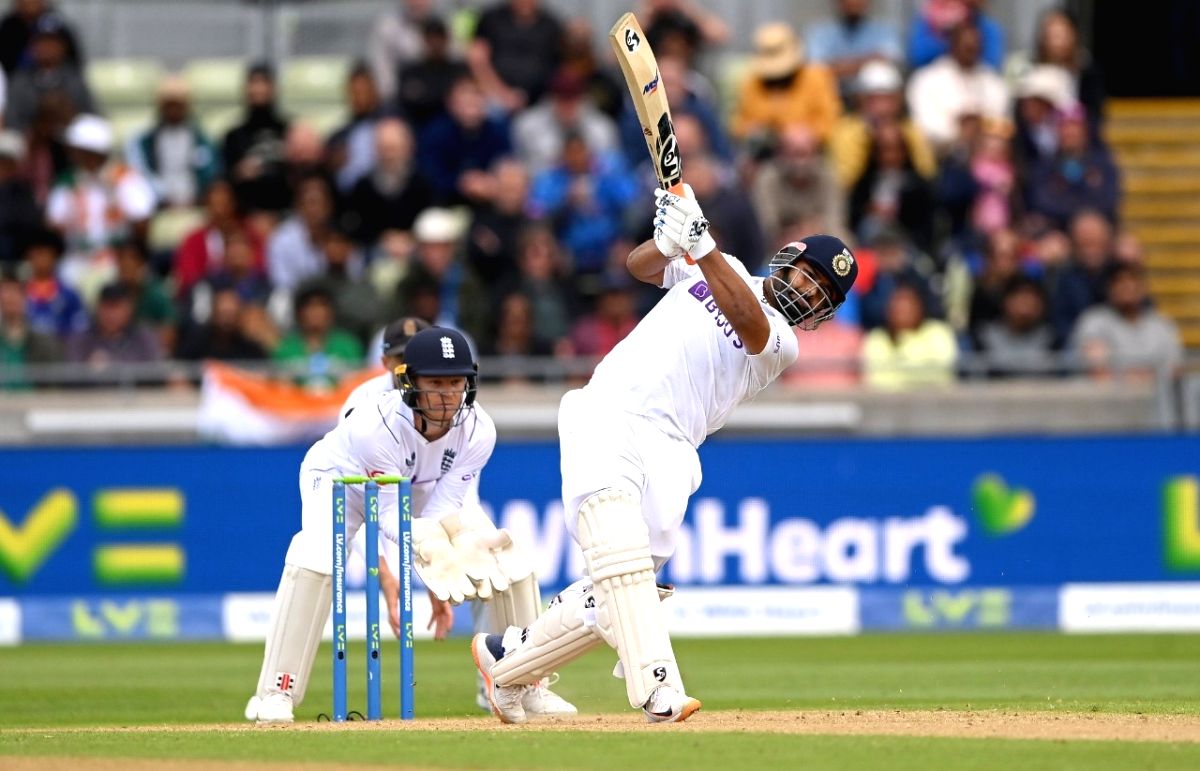 Edgbaston, July 2 : Cricketers across the world were wonderstruck by Rishabh Pant’s heroics with the bat on the opening day of the rescheduled fifth Test against England on Friday, with the likes of Michael Vaughan, West Indian legend Ian Bishop and Sachin Tendulkar taking to social media to congratulate the player on his century-making feat amid extremely trying circumstances.

Pant produced a phenomenal innings of 146 runs off just 111 balls rescuing India from a precarious position on the opening day in Edgbaston. His partnership with Ravindra Jadeja (83 not out) started with India struggling at 98/5, eventually helping the team past the 300-run mark with a magnificent 222-run stand for the sixth wicket.

Pant’s innings saw many current and former cricketers heap praise on the 24-year-old for producing one of the most entertaining and crucial innings of his young career.

Sachin Tendulkar posted images of Pant playing some magnificent shots and wrote, “Simply awesome @RishabhPant17! Well done. Crucial innings by @imjadeja. Rotated the strike well and played some amazing shots.”
Former India captain and the current BCCI president Sourav Ganguly tweeted, “Special exhibition of test match batting under pressure. @RishabhPant17 @imjadeja ..can’t get better then this ..get to 375 tmrw .”
Former India pace bowler Venkatesh Prasad termed it one of the best counter-attacking innings one will ever witness. “Box office stuff from Rishabh Pant. One of the best counter-attacking innings that one will ever see. One special player. #INDvsENG,” tweeted Prasad.

“When in trouble, call the Spiderman! What a fierce knock by rockstar Rishabh Pant against a quality english bowling unit under such circumstances. Best way to fight a fire is to fight it with the fire. #EngVsInd.”
Former England captain Michael Vaughan compared Pant’s innings with that of Jonny Bairstow in the recently concluded three-Test series against New Zealand. “This is great viewing .. @RishabhPant17. doing a Jonny B… #ENGvIND.”