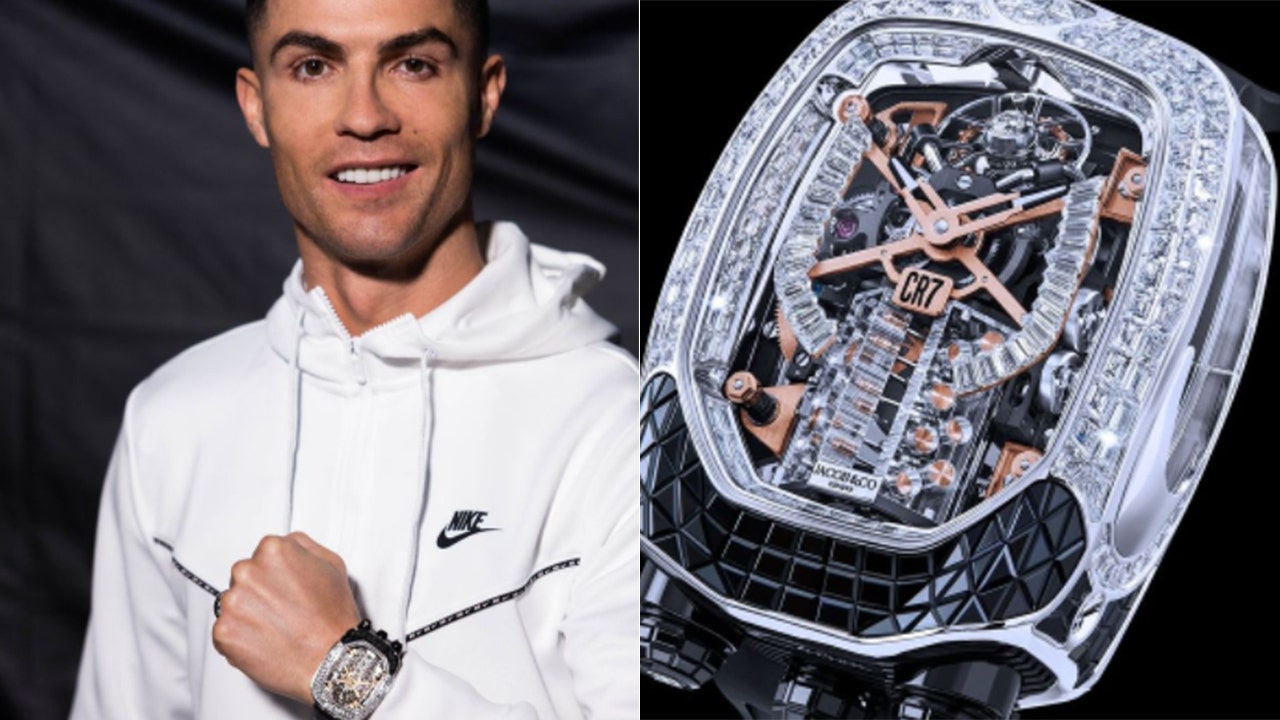 He can finally drive in style!

Soccer star Cristiano Ronaldo has purchased a unique watch inspired by the $3 million Bugatti Chiron that he owns.

The Jacob & Co. timepiece features a reciprocating miniature version of the 16-cylinder engine that powers the 300 mph supercar and wears the same black and silver color scheme and CR7 brand  logo as Ronaldo’s car.

The Swiss watchmaker revealed a blue version of the watch in January that it listed at $1.5 million and said Ronaldo’s is fitted with 232 white baguette diamonds and 109 black sapphires, totaling 21 ct. of gemstones.

Ronaldo is an avid collector of high-end cars and his Instagram feed is full of photos of him with models from a variety of brands, but the Chiron is top of the heap … maybe.

In 2019, Bugatti announced that it had sold a one-off version of the Chiron called the La Voiture Noire (French for The Black Car) to a mystery buyer for $19 million.

The customer took delivery of the car last year, but still hasn’t revealed their identity. However, Ronaldo has long been the number one suspect, and he has yet to confirm or deny that it’s his.