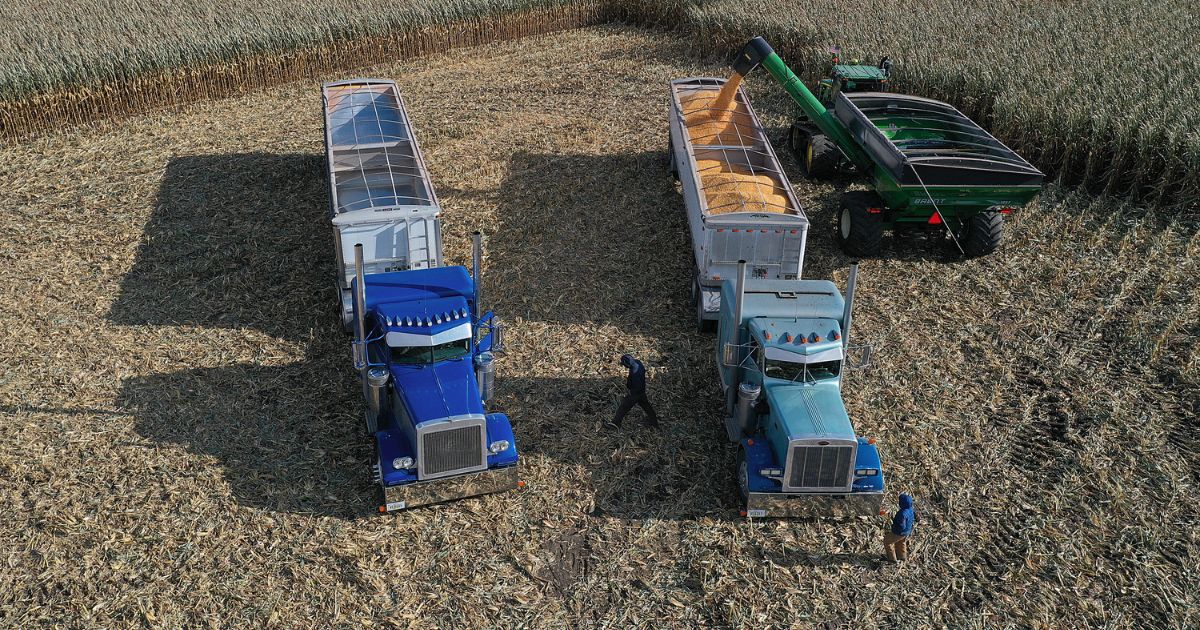 As Americans struggle with skyrocketing food prices amid the historic inflation unfolding under Joe Biden’s failed presidency, there’s more pain on tap for consumers, based on crop scouts’ latest observations.

Iowa, a key corn producer, is expected to experience a shortfall amid the punishing droughts ravaging the Western Corn Belt, according to Bloomberg.

“After drought shriveled US corn plants in the western crop belt, all eyes have been turning to Iowa to help save the national harvest,” the financial news outlet reported Thursday. “Instead, the fields in that state have been ‘underwhelming,’ ‘disappointing,’ and just ‘not great.’”

The report continued: “After four days of measuring the yield outlook in Iowa, Illinois, Nebraska, Minnesota and South Dakota, the scouts are coming back with discouraging news for a world that’s dealing with high grocery bills and rising levels of hunger.”

The United States is the world’s largest producer of corn, which is one of the most important crops because it’s used for everything from human food to biofuels to sweeteners to animal feed.

While the US gave another $3.3bn USD for “lethal aid” to #Ukraine, this man in San Francisco, (one of countless numbers all over the US) is forced to scavenge instead of being able to live as a dignified citizen in the US – the richest nation on the planet. pic.twitter.com/91dVbIf0f3

The projected shortage of corn is setting the stage for more food inflation, at a time when Americans are already struggling to keep up with soaring grocery costs and gas prices.

“Everyone is really concerned with all of the heat stress across the northern hemisphere this summer,” Farm Futures analyst Jacqueline Holland told Bloomberg. “This just keeps supplies tight.”

Do you blame the Biden administration for soaring food prices?

Droughts have been searing states throughout the Central Plains up to North Dakota, all the way west to California and south to Texas.

Indeed, some farmers have been forced to take the extraordinary measure of killing existing crops that won’t grow because of dry weather and selling livestock.

According to a survey of 652 respondents in 15 states that was reported Aug. 14 by the American Farm Bureau Federation, 33 percent of respondents said they destroyed orchard trees and other multiyear crops because of water shortages.

“In one case, a California producer mentioned dropping all fruit on five acres of young Cabernet grapes to help them survive with zero applied water over the last two years, removing all revenue-generating potential for the current year,” the AFBF reported.

Cattle farmers are experiencing a similar crisis due to the ongoing drought. Exacerbating their woes is the runaway inflation that has become the hallmark of the Biden’s disastrous presidency.

One New Mexico cattle rancher told the AFBF that the rising cost of everything has made it extremely difficult to transition the business over to the next generation.

“Trying to help my daughter and her husband build their herd up to take over operations fully but with drought conditions, it is not looking like they will be able to hang on to their cattle either,” the rancher wrote to the bureau.

“Meantime, our costs keep going up — gasoline — feed — medicine — tax requirements — making it hard for older ranchers to turn over the reins to young couples starting off.”

In other words, family-owned small businesses (which was once part of the American Dream) are being crushed.

Inflation is the worst it’s been in decades. Maybe diversity can wait until later. https://t.co/plwb4MoFmk

Never fear, though. The Biden administration is focused on jamming through “important” policies, such as forced diversity at the Federal Reserve and race-based bailouts for the 1.4 percent of black farmers in the United States.

“Iowa was disappointing on my route, especially on corn,” Mark Bernard, a crop consultant for Agro-Economics, told Bloomberg after scouting the eastern leg of the Pro Farmer Midwest Crop Tour.

“I don’t think eastern production will be enough to compensate for the western losses.”